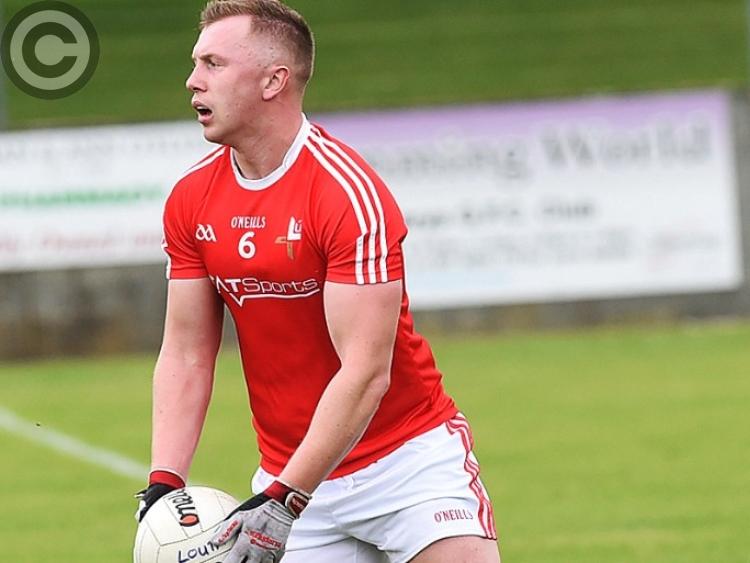 Cooley Kickhams' Fearghal Malone was part of the Louth team that faced Derry in the U20 Leo Murphy Cup in Ardee today. (Pic: Arthur Kinahan)

Louth fielded their strongest XV of the Leo Murphy Cup programme in Ardee on Saturday, but they also faced their most difficult opponent, Derry, who condemned them to a third consecutive defeat.

Aidan Shevlin fielded seven of the panel that reached the Leinster MFC final in 2017, but it took his side until first half injury-time to register, through corner-back Ciarán McGlynn, as Derry took a 1-12 to single point advantage to the interval.

Indeed, the Oak Leafers - under the stewardship of former Tyrone minor boss Mickey Donnelly - were supremely well conditioned and evidently have their sights on much bigger prizes in 2019.

Louth, on the other hand, struggled to string passages of play together and when they did work the ball into good areas, were often let down by their shooting, 12 wides - seven in the first half - did little to aid their attempts at repelling the visitors.

Conleth McGuckin scored the only goal of the first period - finding the bottom corner of the net - having earlier struck a point, while Ben McCarron and the Cassidys, Declan and Paul, scored at their leisure, with the former proving to be a class apart on the right wing.

For the Reds, Fearghal Malone was at the heart of much of Louth's good play, but the fact that it took until the 31st minute for the hosts to get on the board - by which stage Derry had hit 1-10 - told a tale of its own.

John Gallagher's free seven minutes into the second half doubled Louth's tally, but Derry had already picked up where they had left off and when Paul Cassidy shot his team's second goal, 21 points was the difference. And the winners could have been even further clear, having rattled the goalframe thrice over the hour.

Roche Emmets' Shane Byrne got Louth's third and Shane Hickey their fourth scores of the contest, though Derry weren't finished their rampage as the gap ended at 22 - adding to the Wee County's previous, 18 and eight point losses against Cavan and Antrim.