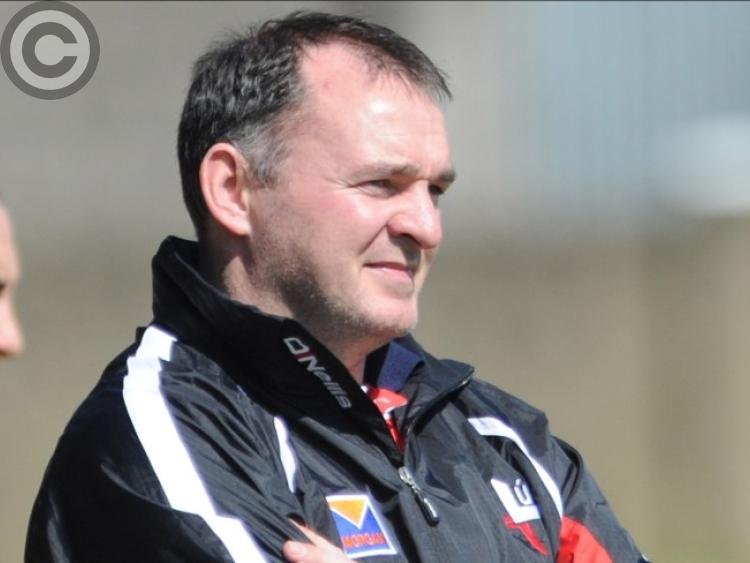 Aidan O'Rourke was Louth manager when the Reds last defeated Antrim in the qualifiers, in 2013. (Pic: Arthur Kinahan)

On the same evening as the Reds lost by 26 points to Sam Maguire holders Dublin, Antrim finished 14 points shy of Tyrone in Armagh and were never in contention.

The Wee County enter as favourites, their opening win over Wexford having followed a better-than- expected National League effort in Division Three, and can contend to enjoying a reasonable championship if they manage to inflict a fourth consecutive first round qualifier exit on the Saffrons.

Antrim, under the tutelage of former Dundalk Gaels supremo and St. Gall’s clubman Lenny Harbinson, have endured an especially tough campaign, their pummeling by Tyrone having been preceded by a Division Four effort that resulted in three wins and four defeats - leaving them six points off the promotion places at the finish.

And their record versus Louth doesn’t bode well, the counties having met twice since the qualifiers came into the reckoning in 2001. Louth won the 2004 encounter 2-13 to 0-14 and had six points to spare, 1-17 to 1-11, when the sides met back in Drogheda nine seasons later.

Then, both counties’ stock were of a somewhat more elevated level, the Reds having placed fourth in Division Two with Antrim demoted from the third tier, albeit with a competitive record.

Louth’s pair of wins over the Glensmen represent all bar one of the county’s qualifier triumphs over Ulster counties - there having been six losses and one draw against Northern outfits in 10 meetings.