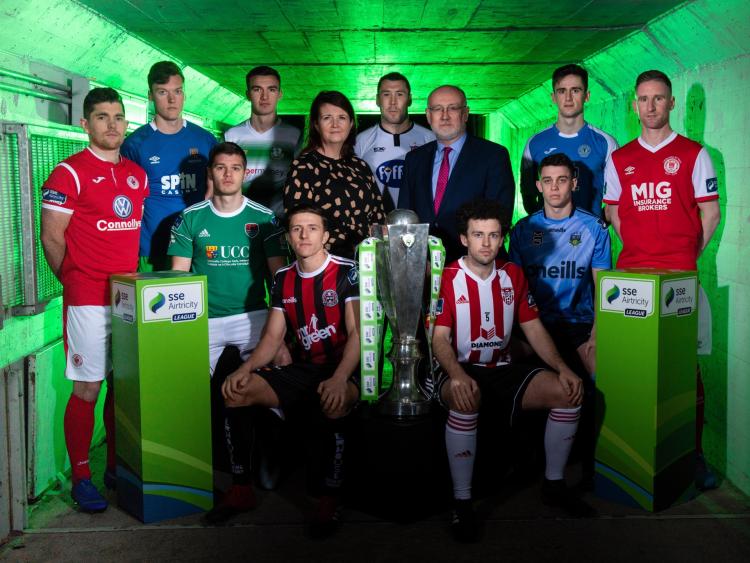 The FAI study that former Ireland striker Niall Quinn has been widely speaking about since last winter was finally published on Friday and it paid due diligence to ‘the problem child’.

Indeed, the League of Ireland got a section of its own in the comprehensive study, which another ex-international, Kieran Foley, put pen to paper on.

A key point from the report recommends “a new structure from the current framework in that the League would become an independent commercial body but play under the official regulations and statutes of the FAI, under Uefa and Fifa rules, but run independently commercially by a third party e.g. English Premier League structure”.

But something must be remembered. As Bohemians’ marketing man Daniel Lambert said in a recent piece with The42.ie, the League of Ireland is “not the Premier League”.

The key factor in any transfer of the league’s governance reins is stability, something which has been a repetitive issue in domestic football since time began. Even take last year’s Premier Division 10, two of them - Limerick and Bray Wanderers - struggled to pay wages in parts of the campaign, while the First Division is an amateur set-up in everything bar the players’ and managements’ effort and training thresholds - as Dundalk discovered during their years in the wilderness. Ten-plus seasons on and nothing has changed.

Okay, the league has become somewhat more sustainable in that teams aren’t going broke in pursuit of the stars and a mission to the moon, like Shels, Bohs and Drogheda have been guilty of in previous eras - not that seven- or nine-week runs without a home game helps their health in any way.

Dundalk, Shamrock Rovers and Cork City have developed something of a practical model, even if it does depend on remaining at the summit.

But, in a way, the sport of it has diminished. Between 2000 and 2010, there were five different winners of the league and while that trend continued in the early section of this decade, with Sligo Rovers and St. Patrick’s Athletic bridging respective gaps and becoming champions, a yearning divide has now emerged.

Dundalk and Cork City have been the established top-two over the last five seasons and while Shamrock Rovers are beginning to look like party poopers, with Cork falling back into the pack, the rest are simply nowhere; all chasing a possible entry into Europe via a fourth place finish given that one of the big hitters will likely win the FAI Cup, too.

Peak6 have purchased Dundalk, effectively with the ambition of ruling Irish football like Rosenborg do in Norway, Celtic in Scotland and Belarussian kingpins BATE. But, if you were Quinn and co, or an FAI member with ties to the league, is that not something to be avoided, at all costs? Or, is one too narrow-minded?

I suppose the point is made that all clubs must get up to a standard whereby they can be self-sustainable, with academies producing first-team-able players and infrastructure facility-wise that will encourage consumers of an improving on-field product.

Assumedly, with this in mind, the report states: “The rights for the League would be developed both centrally and per team, with a clear distribution of centralised funds as well as team revenue opportunities.”

Sound good? Of course. And it may well be the case that an independent overseer may be able to entice sponsors and develop branding that would benefit the efforts to attract potentially game-changing financial backing.

As it stands, an exact figure for SSE Airtricity’s subsistence of the league is unknown, while clubs don’t receive a penny to compensate them for inevitable gate revenue decline if they’re shown live on TV. It wasn’t always the case, the FAI having negotiated a package of between €2,000-€3k with RTÉ in 2006 that would at least plug the income hole with paper if not a stopper. The recession, of course, did away with this.

So, obviously, all things considered, having a body charged with League of Ireland management solely would be a major step forward and could address the glaring issues of above. However, would this come at the cost of the First Division?

After all, the English Premier League’s only link to the Championship is  the exchange of three teams every May, the second tier having remained under the Football League’s remit. Championship teams don’t ordinarily suffer from financial meltdown, or they at least fluctuate down the pyramid before they come into contact with the wall.

Ireland’s version is much different, though, and on every occasion there is a report authored on how the League of Ireland can move forward, the First Division is either neglected - directly or otherwise - or a one-league proposition is forwarded, likely to the detriment of struggling, regional clubs.

Outfits don’t have to suffer relegation in Ireland to be teetering on the brink. As previously referenced, seven or nine weeks without a home match can see a financially delicate situation rapidly fall into the realms of disaster.

Overall, the report is to be welcomed. The idea of a body whose sole employment is League of Ireland related could be a watershed moment, while the proposal of a centralised fund could prop clubs who hit difficult patches.

The aims of clubs developing academies to cater for talent who, in previous generations, would have toiled across the water, having a League of Ireland team qualify for the Champions League group stages by 2027 and creating “a viable and profitable League of Ireland by 2026” are all very positive.

But a report is ultimately a report. The success of its undertaking is a completely different issue. Would it work with 20 teams? Clubs could fall - is that a good thing? Maybe, but hardly.

Though if this is to be the start of the League of Ireland’s growth to the next level, here’s to hoping Dundalk are that Champions League entrant.