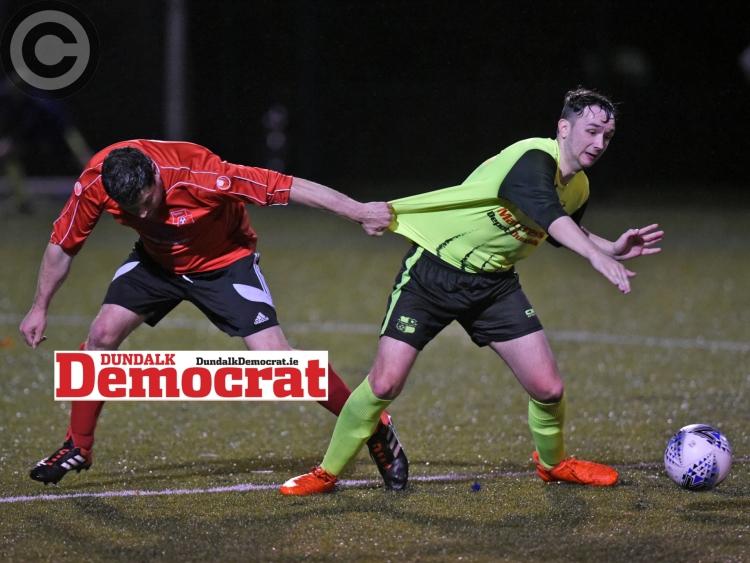 Gino Cooney rose highest to nod home in injury-time as Glenmuir FC rescued a deserved share of the spoils at home to Abbey Celtic on Friday night. (Pic: Ciarán Culligan)

Gino Cooney rose highest to nod home in injury-time as Glenmuir FC rescued a deserved share of the spoils at home to Abbey Celtic on Friday night.

The hosts conceded early, but dominated for much of the contest without being able to find a breakthrough, until Man of the Match Deane Browne swung a corner in for Cooney to head to the net from six yards.

Browne could even have won the game, his late free-kick going narrowly off target.