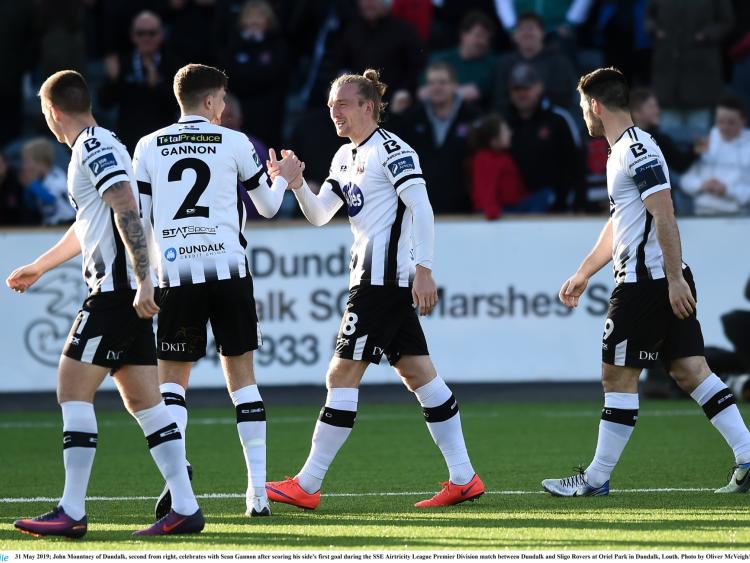 John Mountney hit a hat-trick as Dundalk FC shot three points clear at the top of the SSE Airtricity League Premier Division with a brilliant 4-0 win over Sligo Rovers at Oriel Park on Friday night.

Dundalk had a dream start thanks to Mountney’s first-minute header, but it was a beginning they could not build on in a first half where Michael Duffy was a constant thorn in Sligo’s defence.

The Bit O’ Red burst out of the blocks after the break, but their failure to find a leveller was soon punished.

Patrick Hoban earned a penalty on the hour-mark and he stood up to score his 11th goal of the campaign. Duffy then assisted Mountney for his second of the game, and the Mayo man made it a treble ten minutes from the end after being generously handed the spot-kick. 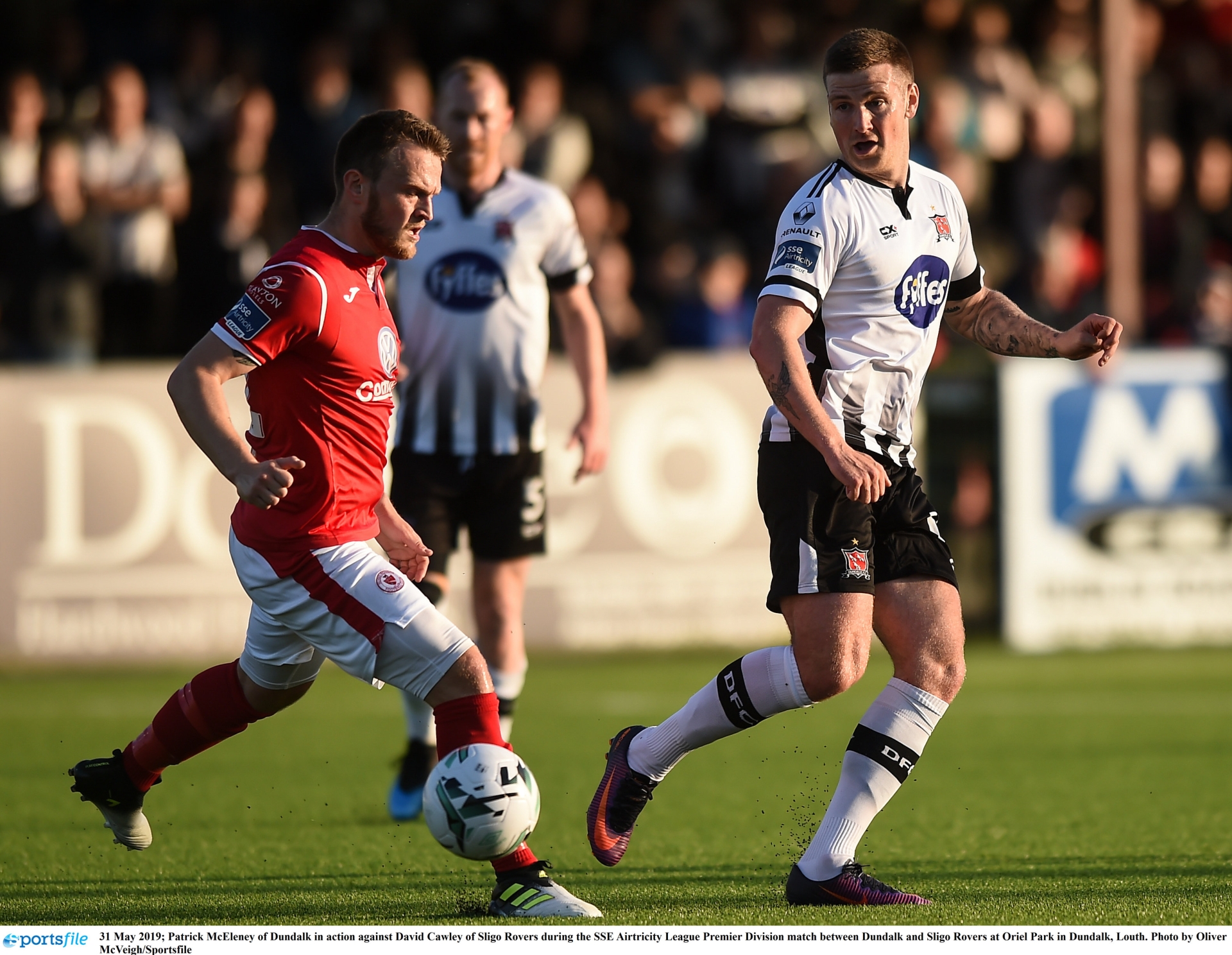 Sligo entered on the back of a seven-match unbeaten run, but they were without injured defensive duo, Dante Leverock and Johnny Dunleavy, following the impressive victory over Bohemians at Dalymount Park. However, they were boosted by the return of their skipper Kyle McFadden.

Dundalk had found plenty of last-minute luck at The Town End in recent times, and here they played into that goal in the first half. After just 28 seconds, they bulged its net as a quick Dean Jarvis throw-in released Patrick McEleney down the left and his delivery was met by a fantastic Mountney header.

The hosts were in control and Flores struck the side-netting on ten minutes after another McEleney cross fell to him in the box.

The English midfielder was lively and he glanced a header wide on 19 minutes, before Sligo threatened for the first time. A good one-two between Daryl Fordyce and Romeo Parkes put the latter through, but from a tight angle, he fired across the face of goal.

Duffy went close on 33 minutes after McEleney’s perseverance created the opportunity, and Dundalk’s lively no7 then saw a fierce shot blocked in the box, as they took the minimum advantage into the break.

Sligo started the second half brightly and forced a number of corners, before David Cawley’s 58th-minute free-kick was spilt behind by Gary Rogers.

However, Dundalk soon killed off the game as Hoban’s shot was blocked down by the arm of McFadden, and the club's top scorer converted confidently into the corner of the net.

Hoban and Duffy then combined to set up Mountney for a header from six yards, before Dundalk’s no8 completed the rout and his hat-trick on 81 minutes.

Hoban was fouled after a surging run, but the striker gave the ball to Mountney, who hammered in to collect the match-ball. 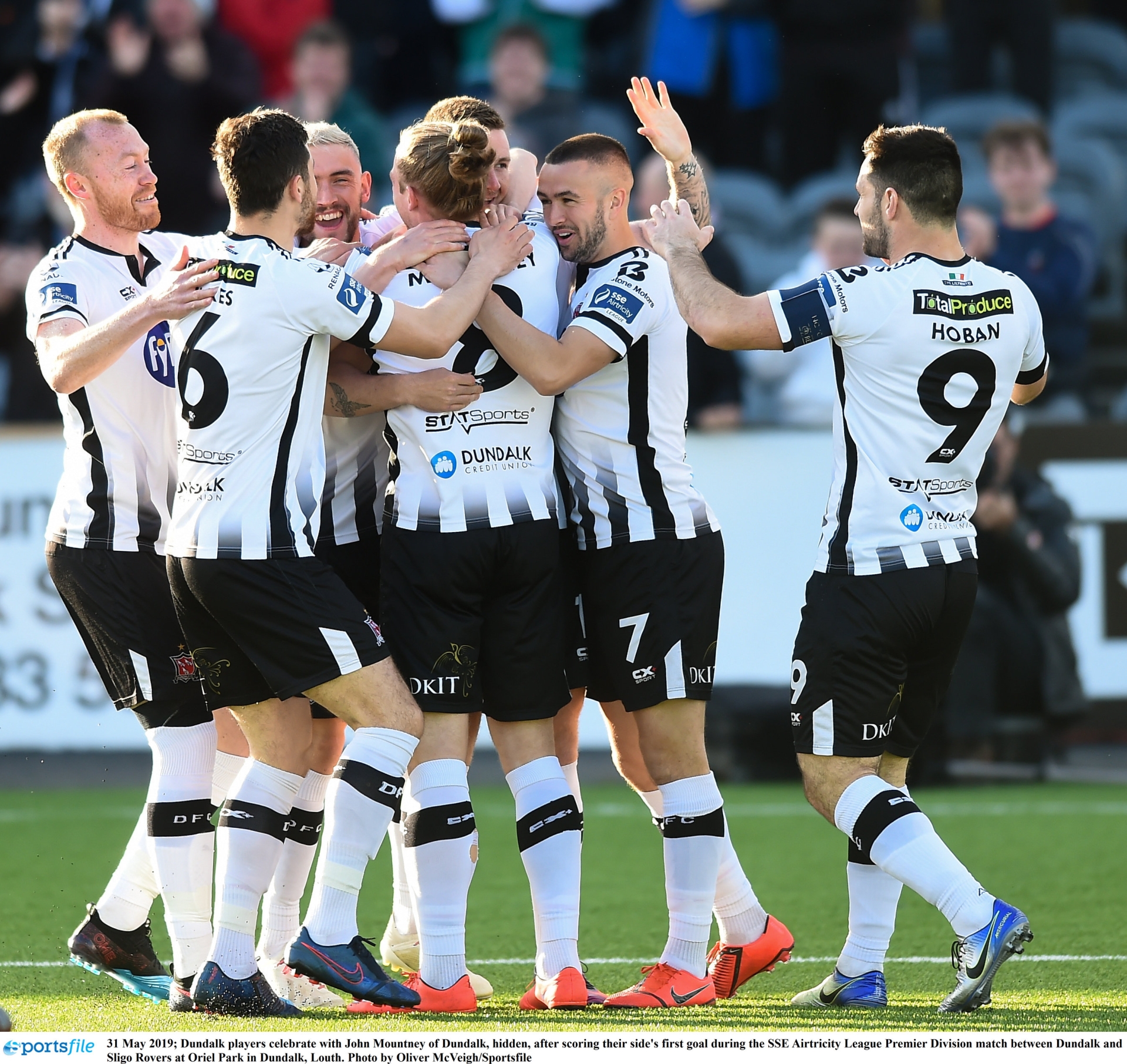