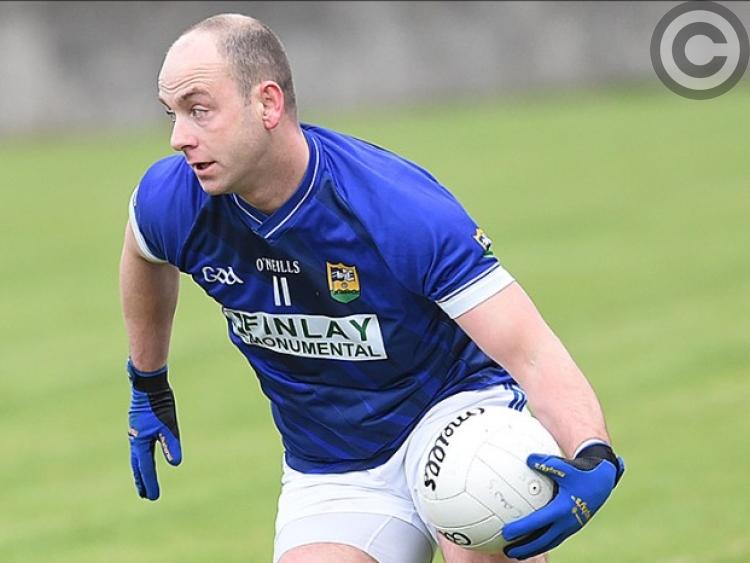 Darren Clarke senses a long lost “spark” and “enthusiasm” around St. Mary’s that has helped the Ardee men reach the top of the senior league unbeaten.

The Deesiders have five wins and two draws from their seven games to date, a run which has coincided with the breakthrough of many of their minor championship winners into the first-team.

Conor Gillespie, the Jacksons - Liam and Tom, Philip Trainor, Donal McKenny, Ciarán Keenan and Tiarnan Corrigan are but a select few of the teenagers, who have starred in the club’s prolific underages successes of this decade, that have featured in Division One this year.

And the optimism and freshness they bring is in contrast to where the Mary’s found themselves a number of years back - five years in Division Two seeing them sink to arguably their lowest ebb.

“At my stage, I’m at the latter end of my career, it definitely brings a spark that you have this kind of quality coming through; you look forward to training,” Clarke told The Democrat.

“It gives you great enthusiasm; there’s a good buzz at training and you live for that chance that some day you might get to where you want to.

“We’ve had success, obviously the last two minor championship teams, and this year you can see it in our league performances, we’ve targeted certain games.

“We’ve had poor enough leagues over the last couple of seasons and been in relegation battles in the championship, but these boys have come in and given a breath of fresh air to the older lads like myself.”

Quite a number of the aforementioned juveniles have been backbone members of Louth underage sides and with the additional training that that ensures, Clarke feels they’re well-capable of handling themselves at adult level despite their tender years.

Yet the former Wee County star says they must still be afforded time to adapt in the ultra-competitive Division One environment.

“You have to be patient with these boys. It’s a big jump to go from minor into a senior team, and Division One is so competitive.

“These fellas need to find their own feet in the team, settle in and not panic. Everything’s not going to be smooth all the time, but once they’ve the right attitude and work hard - which they do - we’ve good numbers at training.

“They’re doing everything right to prepare themselves for games because they have been conditioned with Louth teams from 14 up to minor and they’ve been playing at a high level. A lot of lads would have been involved at Louth minor and U20 level, too; they’ve played in big games, minor championship finals and they’re quality players.

“The quality of the player shines through in games. They’ve been in tough situations, but come out on top and been winners at underage level.

“It’s early days and the boys are still finding their feet in league football, but I would say it’s a great bedding process and learning curve for these lads in the league. Every Division One game in Louth are competitive.”

Clarke, a self-proclaimed veteran at this stage, acknowledges that there are similarities between where the Páirc Mhuire side now find themselves and the position which Newtown Blues - two-in-a-row Louth SFC winners - have sprung from. However, he admits there is work to be done if they’re to enter the Joe Ward chasers’ race.

“The Blues are the barometer for every team in the county at the minute. They brought through minor teams and you talk to the Blues lads and they’ll say the young lads that came through their club was a spark for them.

“We feel we’ve a lot of work to do to get to winning championships - we still have to get to that level - but you’d like to think that in the coming years, once the lads stick at it, with a bit of luck we might get there.”