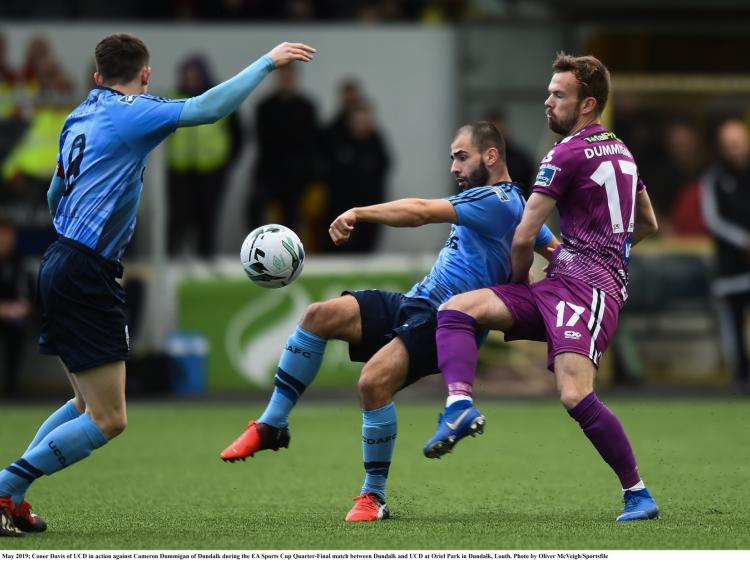 Dundalk coasted through to the semi-finals of the EA SPORTS Cup with a 3-1 win over UCD at Oriel Park on Monday night, where John Mountney played a key part in both first-half goals.

The Students were on a torrid run of nine straight defeats, and they fell behind here inside seven minutes when returning captain Brian Gartland nodded in Mountney’s corner.

Mountney then struck a second on 18 minutes after being left in the clear, and they could have been further ahead before the break as Lido Lotefa and Georgie Kelly both rattled the woodwork.

UCD did make a game of it in the second half and reduced the deficit 11 minutes from the end of normal time through former Limerick U19 star Yoyo Mahdy.

However, the tie was put beyond doubt in the first minute of injury-time when Kelly tapped in after Lotefa’s shot was pushed into his path by goalkeeper Gavin Sheridan.

Head coach Vinny Perth had shaken up his side with eight changes from Friday night’s league win at home to St. Patrick’s Athletic, as the likes of Aaron McCarey, Cameron Dummigan, Lotefa and Georgie Kelly all got a run from the start.

After an early scare from Conor Davis, Dundalk got off to the perfect start when Mountney’s in-swinging corner was met by Brian Gartland who headed to the net.

The lead was doubled past the quarter-hour when Mountney was left in the clear and he finished coolly past Sheridan.

UCD had almost responded through a Paul Doyle shot which took a deflection off Dane Massey and looped, but stand-in goalkeeper Aaron Carey tipped over. 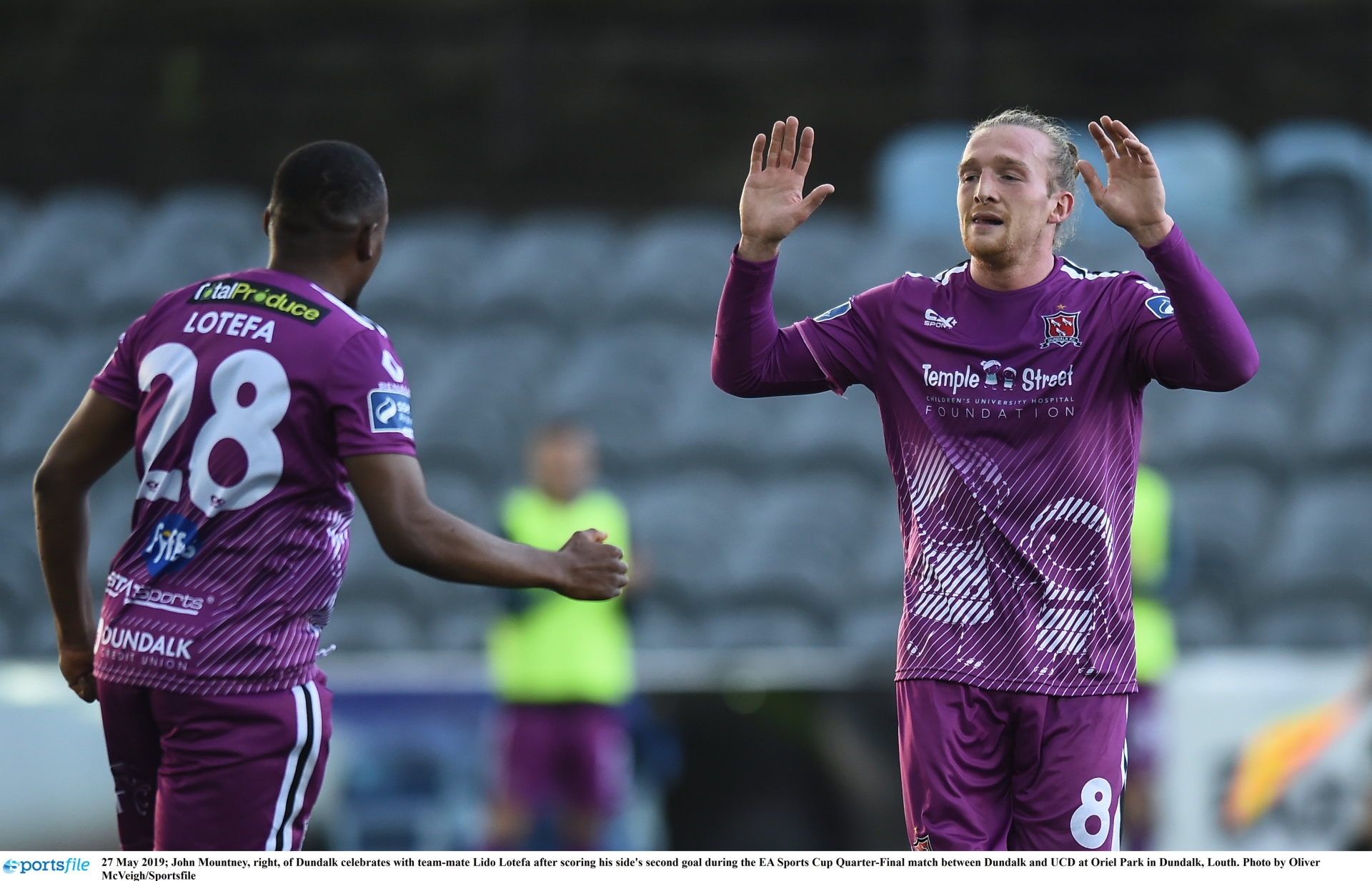 Dundalk, though, were by far the better team and before the half-hour they almost trebled their lead when Kelly slipped in Lotefa but his strike cannoned back off the post.

The Lilywhites hit the woodwork again on 32 minutes when Dane Massey’s cross was met by Kelly but his header came back off the crossbar.

UCD lost Seán McDonald after that. The winger had only come into the lineup in a late change before kick-off as Dara Keane dropped out due to injury.

On the hour-mark, a long kick forward left Kelly in on goal, but he was unable to kill the game off.

On 66 minutes, Mahdy – who missed the decisive spot-kick between the sides in this competition in 2017 – had a snap-shot, but McCarey collected comfortably.

Five minutes later, Daniel Kelly struck over after racing through on the right, before Chris Shields came on in place of Dean Jarvis.

UCD pulled a goal back on 79 minutes through Mahdy. Mountney attempted to restore the hosts' two-goal cushion shortly after when he warmed the palms of Sheridan, but eventually Dundalk did make it 3-1 when Kelly fired in the rebound after Lotefa’s surging run on 91 minutes.