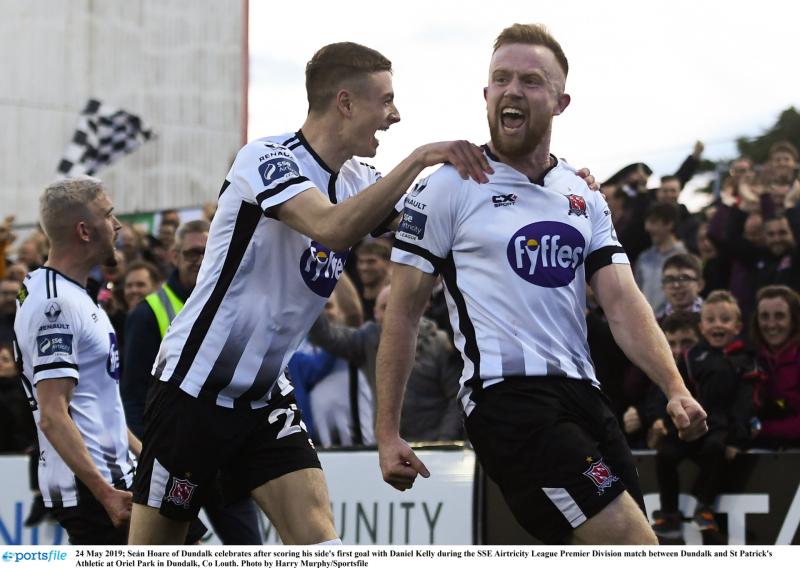 Seán Hoare and Dundalk FC struck lucky as another late show kept them at the top of the SSE Airtricity League Premier Division, with a stubborn St. Patrick’s Athletic undone at the death at Oriel Park on Friday night.

The Saints are one of the league’s lowest-scoring teams, but they also have a mean defence, and that was evident in a first half that proved an extremely poor spectacle.

However, they gave Dundalk something to think about in the opening quarter-hour when Mikey Drennan twice threatened, although Gary Rogers was not seriously threatened by either.

The same could not be said for his opposite number, Brendan Clarke, who produced a fine stop to turn away Seán Murray’s 26th-minute free-kick.

That was the best that Dundalk could offer in the first half, and it did not really improve after the restart, with Clarke not tested. However, right on the 90, the match-winning moment arrived with the most fortuitous of goals as an attempted clearance in the box rocketed off Hoare and into the net. 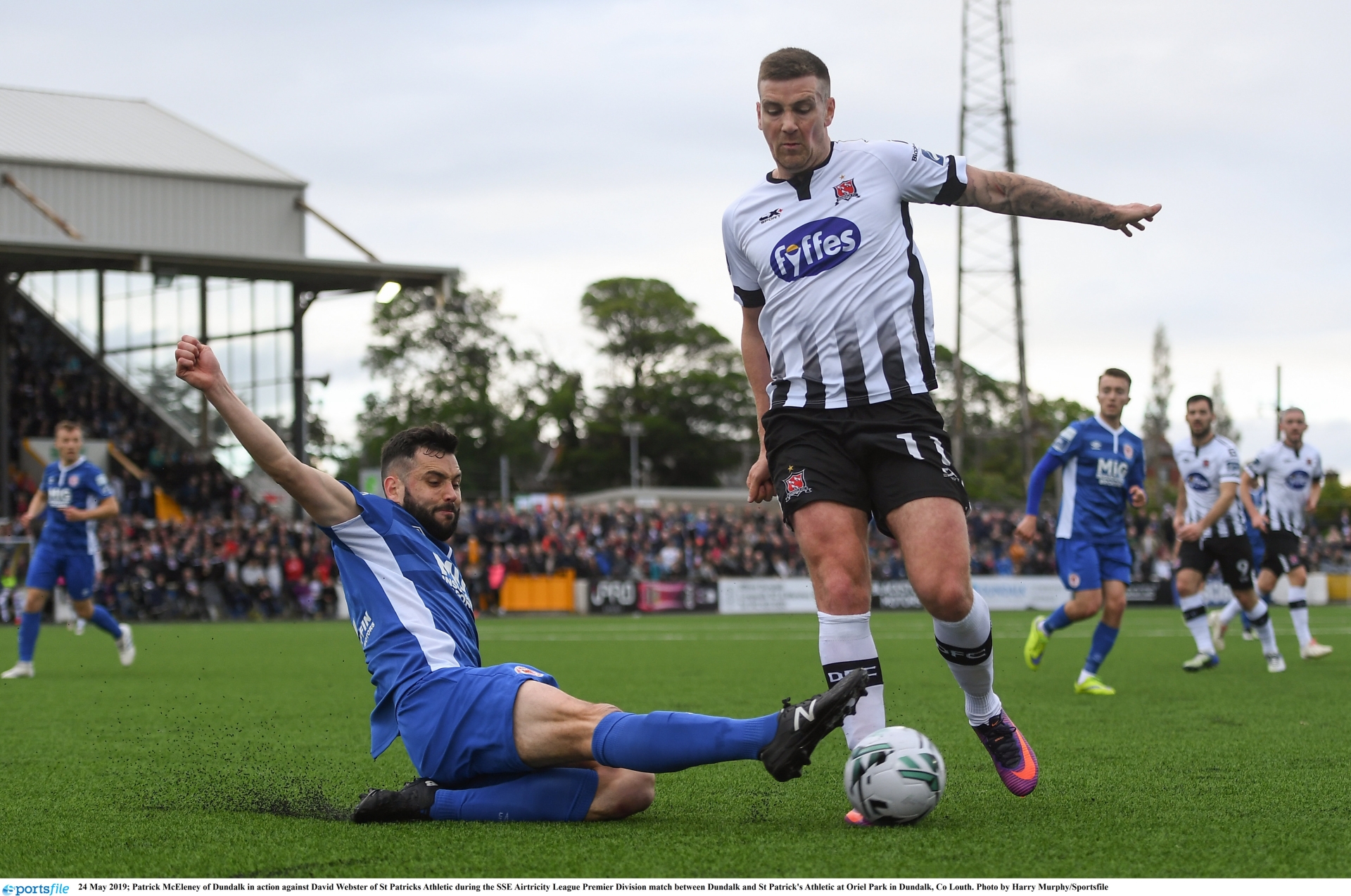 Vinny Perth had once more demonstrated his strength in depth with four changes from Monday’s dramatic late win at home to Bohemians.

Captain Brian Gartland returned to the lineup along with John Mountney, Murray and Dean Jarvis, as Daniel Cleary, Daniel Kelly, Jordan Flores and Dane Massey were listed among the seven substitutes.

Dundalk had started on the front-foot, but it was St Pat’s who provided the first noteworthy action on 12 minutes when Simon Madden’s cross from the right was headed over by Drennan.

Drennan threatened again on 15 minutes when the hosts were caught napping at a deep Rhys McCabe delivery into the box, but the striker’s header was straight at Rogers.

Dundalk tested Clarke for the first time on 26 minutes when Murray’s well-struck free-kick was pushed away by the ‘keeper.

With seven minutes to half-time, Clarke easily gathered another Murray effort from distance, before Patrick McEleney danced his way to the edge of the box only for his shot to be straight into the arms of the Saints No.1.

Flores was introduced at the interval in place of Murray. However, the visitors remained solid as Dundalk struggled to unlock their defence. Jarvis’ dangerous low cross was well-defended, before Michael Duffy’s strike on the hour-mark was deflected away from goal by McCabe.

In a rare threat in the second half, Drennan’s shot from close range was well blocked on 68 minutes. Georgie Kelly was then thrown in as Perth chased a winner, but it did not look like coming.

Patrick Hoban’s strike was deflected over the bar on 79 minutes, and Kelly then flashed a header narrowly wide, with that appearing to signal a certain point for St. Pat’s.

However, in the final minute, an attempted clearance struck Hoare and flew into the top corner, as Dundalk somehow found another priceless late winner.