Who remembers the day Louth last defeated Dublin in the Leinster Championship? 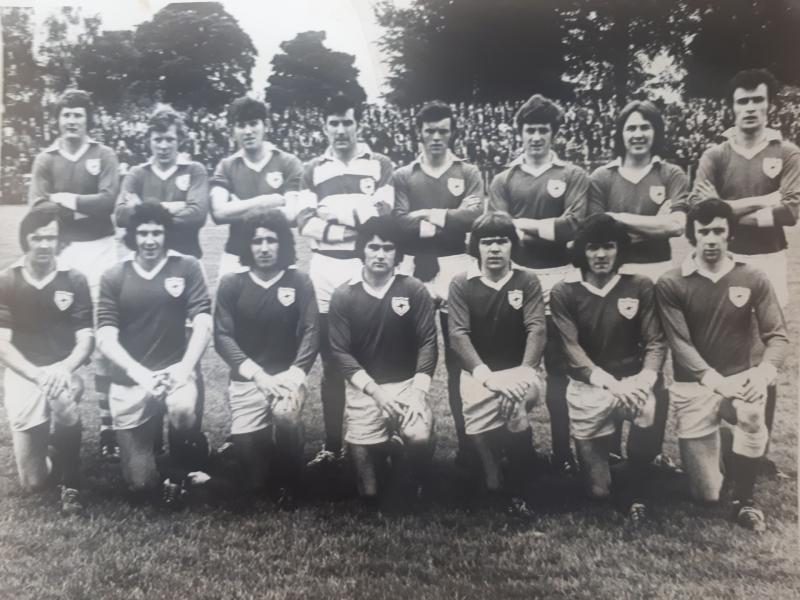 The most recent Louth team to beat Dublin in the Leinster championship. The 1973 meeting, at Navan, went to a replay.

Though it hadn’t happened for 16 years previously, Louth’s 1973 championship defeat of Dublin didn’t come as a surprise. Do the maths and you’ll find that the first-mentioned win was in the Wee County’s All-Ireland year.

Defeats, in turn, of Carlow, Wexford and Kildare put the ’57 Louth team - captained for most of the provincial series by Patsy Coleman - through to the Leinster final, and here, in the foulest of Croke Park weather, there was a 2-9 to 1-7 win over the Dubs.

That defeat was avenged the following year, Dublin winning the final - played at Navan, due to ongoing building on Croke Park’s Hogan Stand, Mark 2 - by 1-11 to 1-6. The outcome was the same for the 1959, ’62 and ’65 meetings, the first of those going to a replay and best remembered for the dreadful foul on the great Kevin Beahan in the drawn match.

Still, while the record book was in their favour, Dublin  were outsiders when they travelled to Páirc Tailteann on the last Sunday in May for the 1973 encounter. Kevin Heffernan, having  being involved with the team in the late 1960s, was an onlooker as a selection committee took charge, while Jimmy Mulroy  was five months into his first term as Louth manager.

Louth had beaten Carlow 0-14 to 1-3, this opening round match the first at senior provincial level to be played at Dowdallshill’s  St. Brigid’s Park. Damien Reid and Shane Mulroy were top scorers that day with four points apiece.

No more than about 10,000 travelled for the quarter-final. What they witnessed was a fairly dour hour’s football, during which Louth conceded a penalty, missed many good chances and were rescued by a late Bartle Faulkner point, which, one of this page’s regular correspondents, Ardee-born,Hanoi-based Colm ‘Colie’ Ross, says in his most recent missive, “may have been kicked with his backs to the goals.” (It was, Colie, and was one of two points scored that day by the Lannléire clubman. JC.)

Louth were better in the replay. Benefitting from a Eugene Sheelan goal (No, not the one the Pat’s man sent flying past Paddy Cullen in mid-air - that one came two years later), Mulroy’s men won by 1-8 to 0-9. Damien Reid helped himself to six points.
Who could have imagined that there wouldn’t be another Louth win in this fixture in the 46 years that followed bringing us right up to today - or, indeed, that having been encouraged by Co. Board chairman, Jimmy Grey, to come in as manager, that Kevin Heffernan would lead Dublin to an All-Ireland success the following year, and so set up one of Gaelic football’s great rivalries, Heffo’s men and Mick O’Dwyer’s Kerry providing us with many memorable Sundays?

Next up for Louth after the defeat of Dublin was a semi-final with Offaly, who were on to a three-in-row at All-Ireland as well as provincial level. This was another that could be filed with the many other ones that got away. Chances went begging - it ended 1-8 to 0-8 for the champions.

Colie Ross, whose message winged its way here soon after Louth’s win over Wexford, has good reason to recall 1973 happenings. You could say he was part of the backroom team, the then young teenager fetching the ball from behind the goals at the Ardee training sessions. His father, Johnny, was Páirc Mhuire caretaker, and how good it was to hear recently that this St. Mary’s legend, winning captain in the first county final played at the aforementioned St. Brigid’s Park in 1960, is still hale and hearty.

Colie agrees, the ’73 win wasn’t a surprise. However, “a repeat this time around would be a massive upset”. But he adds: “We can always hope.”