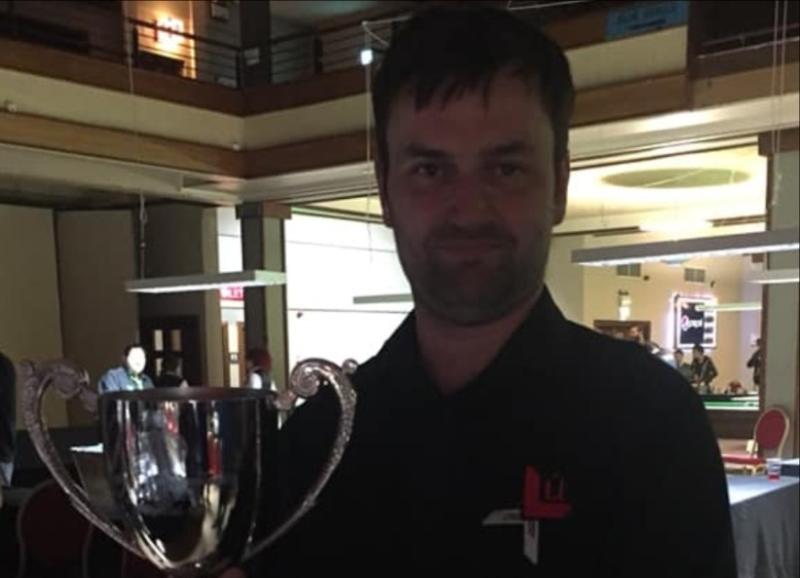 The All-Ireland inter-county pool finals were held recently in the Gleneagles in Killarney and several players form the Dundalk Pool League were playing for their respective county.

The top honour among the local players who participated went to Peter O’Hagan, who won the junior singles’ title. Peter plays in the Dundalk league for Commercial Classicos and previously played with the Sportsman’s and Blue Anchor.

The competiton started with 185 players and in the opening round Peter had a hard fought 6-4 win against Lester Carroll and he followed it up with a 6-3 win over Conor McCooey from Newry.

With the momentum flowing, Peter had a superb 7-0 victory over Rory Foy to set-up a last 32 game against Mark Staffort. Peter beat Mark 7-3 and in the last 16 he had an excellent 7-3 win against Wayne O’Neill.

In the quarter-final, Peter played Damien Moane and after the players shared the opening four frames, Peter took control of the game to complete a 7-3 victory. In the semi-final Peter played Adam Haughney from Carlow and started brilliantly to win the opening four frames, only for Adam to win the next three. Peter held his nerve to complete a 7-4 victory and book his place in the final.

In the final, Peter played Liam McCusker from Fermanagh and in a match that was always close it was Peter who finished the strongest to complete a 8-6 victory to claim the All-Ireland title.