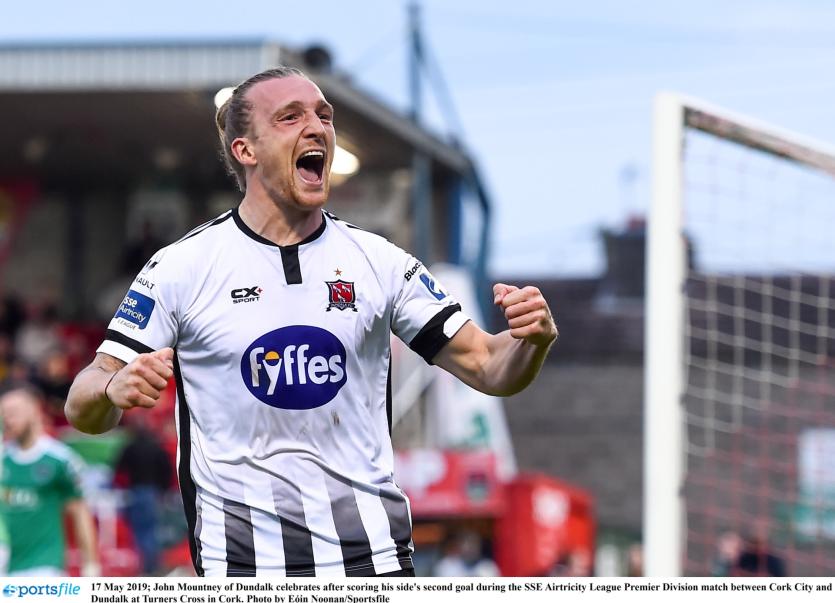 Dundalk FC maintained their position at the top of the SSE Airtricity League Premier Division with perhaps their most comfortable win at Turner’s Cross in recent memory, as they powered past old rivals Cork City 2-0 on Friday night.

It should have got better for the reigning champions on the half-hour when Seán Murray was fouled in the area. But after a slight delay to the penalty, top scorer Patrick Hoban struck the post.

Cork’s target-man Graham Cummins should have punished his opposite number before half-time with at least one of two quick-fire chances. However, after a poor header, he was then denied by a smart Gary Rogers stop.

Dundalk doubled their lead shortly after the restart as Seán Gannon’s delivery was nodded in by John Mountney. The winger would later see red, but by then the game was well over with Cork never looking likely to recover from that killer blow. 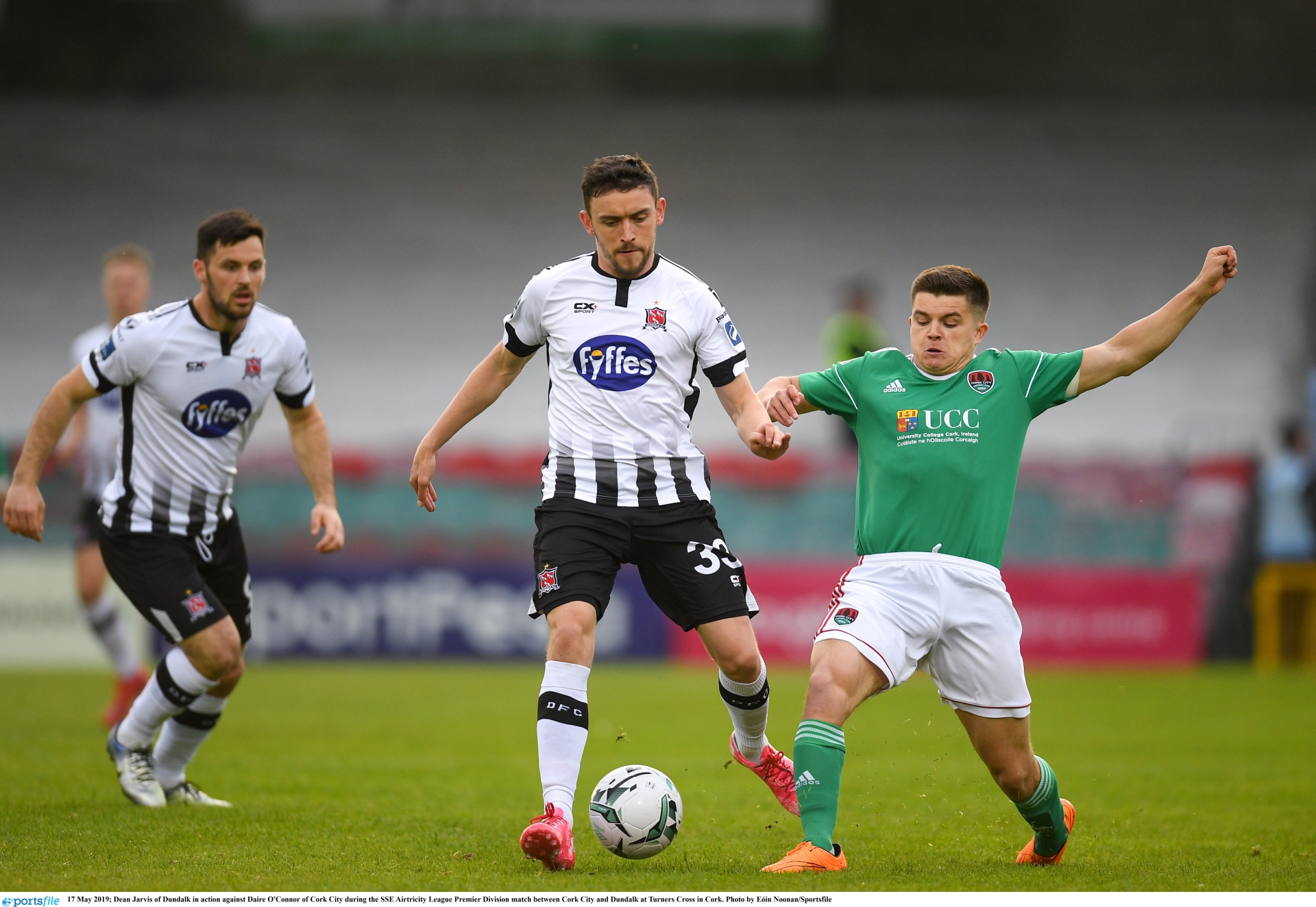 Perth had made three changes to the team that confidently dismissed high-flying Bohemians in Dublin a week earlier.

Suspensions impacted his decisions, with captain Brian Gartland replacing the banned Seán Hoare, while Hoban came straight back in for Georgie Kelly. As expected, Mountney was also named in the starting XI ahead of Daniel Kelly.

Cork went into the game with back-to-back wins and clean-sheets under new boss John Cotter. However, depleted here – with the likes of Garry Buckley, Gearóid Morrissey, Shane Griffin and Dan Casey absent – they saw their perfect record wiped out by the quarter-hour.

A weak Patrick McEleney shot from outside the box should have been comfortable for McNulty, but the ‘keeper inexplicably spilled the ball into the path of Jarvis who finished from close range.

There was little in the game as Cork responded well to that setback, but Dundalk earned themselves a penalty on 29 minutes. Mountney, Gannon and Murray were involved in winning it, with the latter upended by Garry Comerford.

In front of The Shed End, Hoban was delayed as referee Rob Rogers insisted that the ball be placed on the spot. That may have affected the striker as he hammered his effort off the outside of the upright. 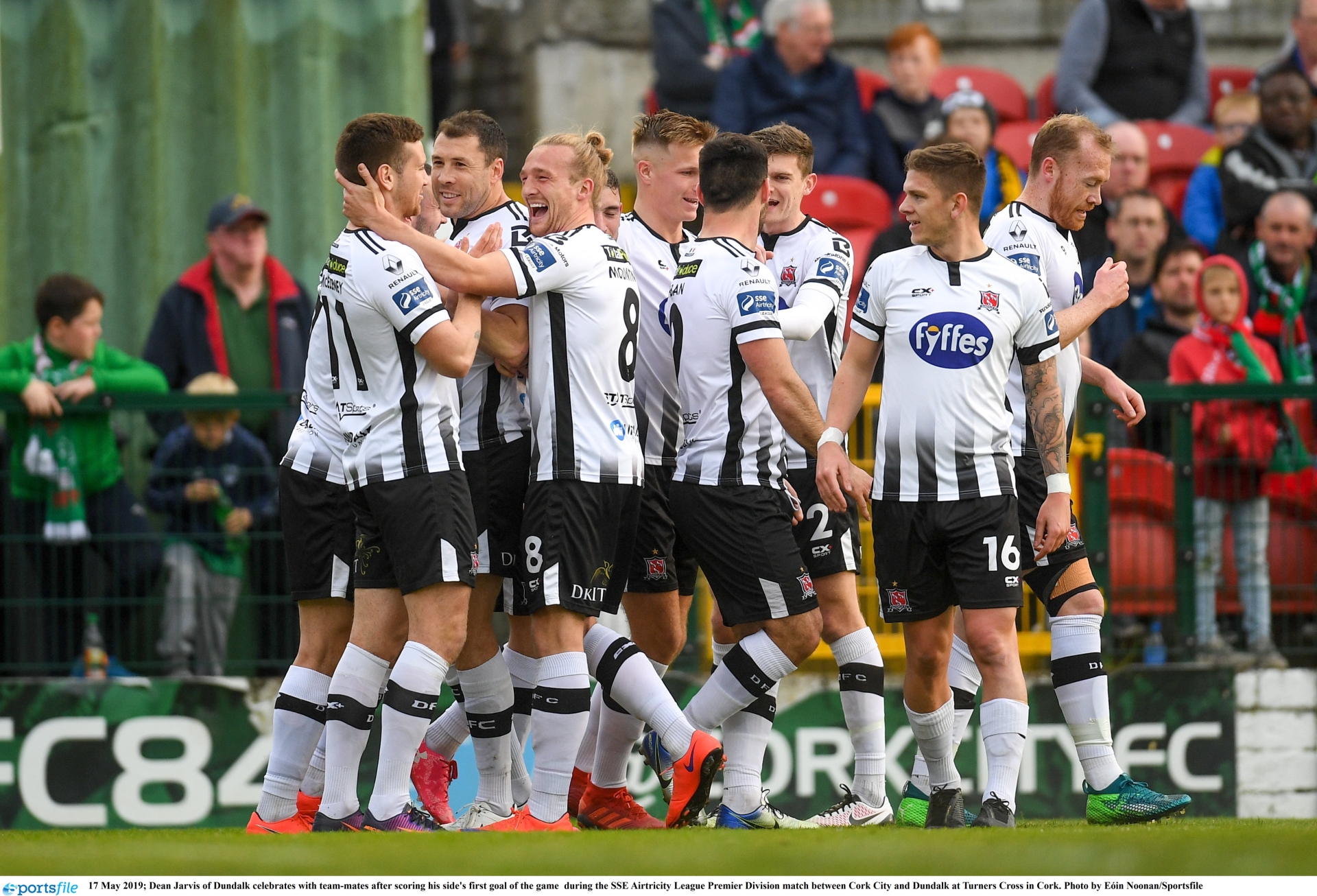 That lifted the hosts, on and off the pitch, as the game sprung to life. James Tilley had already tried his luck, but their first real openings both arrived for Cummins, who really should have levelled.

The first was created by Dáire O’Connor’s right-wing cross which was headed over by Cummins from close range, and then the Cork frontman found himself in a one-on-one only for Rogers to produce a brilliant block.

Dundalk took a huge step towards three points just five minutes into the second half when Gannon had acres of space to deliver, and he picked out Mountney who headed past McNulty.

Mountney threatened another on the hour-mark after Hoban’s set-up, but the shot was down the throat of the ‘keeper. Chris Shields was then lucky to escape a second caution for a late tackle on Kevin O’Connor, with the referee instead continuing play for an advantage.

Midway through the half, Tilley curled wide from 25-yards, and on 75 minutes his powerful shot was pushed away by a strong hand from Rogers.

However, in truth, Cork were lacking the necessary quality to ever ignite a revival, on a night when Dundalk raced 18 points clear of their old foes. The one disappointment came nine minutes from time when Mountney was harshly dismissed for a second bookable offence.