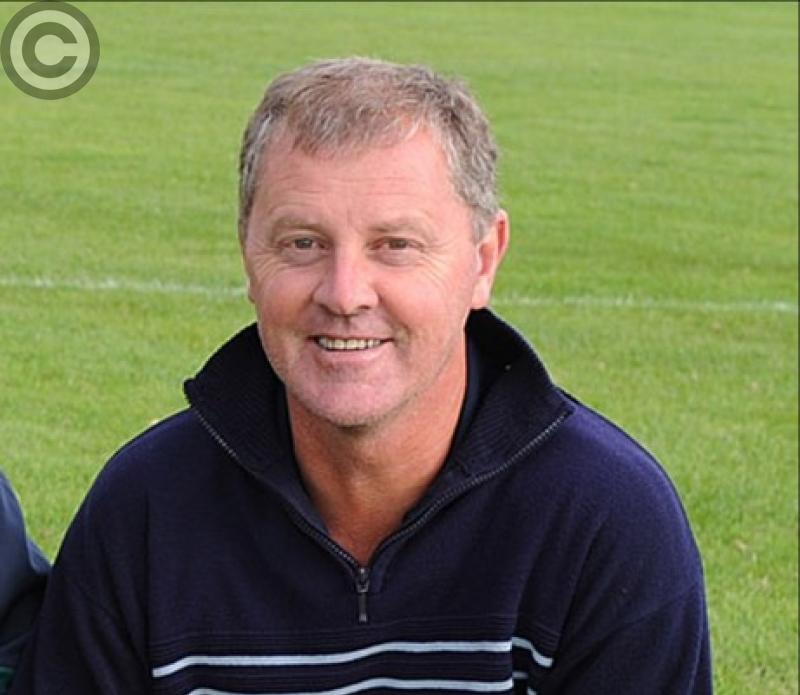 From The Democrat Sports Pages

Louth’s 1-16 to 1-8 champion- ship semi-final defeat by Dublin at Croke Park marked the end of Declan Smyth’s term as county team manager. He’d been in the post for three years, having taken over from Frank Lynch. His stand-down was reported:

Declan Smyth will not be seeking another term as manager of the Louth senior team. He made this clear after Sunday’s match, which marked the end of his three-year term.

There would be nothing to prevent him from putting his name forward again; indeed, while he had said on a few occasions that he would be stepping down at the end of this year’s championship run, he hinted on one occasion that he might try again. That was after Louth had beaten Cork in their final league match. Speaking to this paper, he said then he’d “wait and see what happens” before making a decision.

However, when queried on Sunday, he made it clear he wouldn’t be a candidate when it came to filling the post. “I’ve been with the county team for the past five years and I regret we haven’t had the success I would have liked us to have. The players worked extremely hard, but didn’t get the reward they deserved,” he said.

Though disappointed, he had no complaints with Sunday’s result. “Dublin were the better team and deserved to win. We were very slow to settle and that didn’t help. Then, when we got to within a point, they hit us with four points in a matter of minutes.”

Team coach for two years during Frank Lynch’s stint as manager, Galway-born Smyth had a turbulent start to his managerial career. His appointment - by a specially-selected committee – didn’t meet with widespread approval and for the first twelve months he was in constant contact with the Co. Board.

He actually threatened to resign soon after the beginning of his 1992/’93 National League but was prevailed upon by the players and his colleagues on the selection committee not to go through with it. That particular campaign for which all of the 32 counties were graded equally witnessed some fine Louth performances, and at the end of it there were enough points on the board to earn the Wee County a place in Division Two of the ’93/’94 league.

Smyth’s fifth campaign, his third in the league, brought wins over Galway, Fermanagh, Roscommon and Cork and a draw with Laois. Defeats were at the hands of Meath and Leitrim. Louth’s total of nine points was just one fewer than that of Laois and Meath.

A provincial title win, or even an appearance in the final, would have been a nice send-off for the manager and his colleagues, Aidan Magennis, Peter McCarthy and Jacko Smith, but not everything in football is perfect. Still, they must have gleaned some satisfaction from the reception they were given when team officials and County Board personnel gathered in Drogheda for a meal after Sunday’s match. The players were first on their feet for the standing ovation which followed Declan Smyth’s farewell speech.

- Paul Kenny’s appointment as the new manager marked the return to county team football of the O’Hanlon brothers, Seamus and Kevin, and Brendan Kerin, all of whom had opted out for the final year of Declan Smyth’s term. Former county players, Matt McDermott, Terry Lennon and Gerry Sheridan, were named as his selectors.