Teams and scorers from the weekend's Louth GAA Division One games 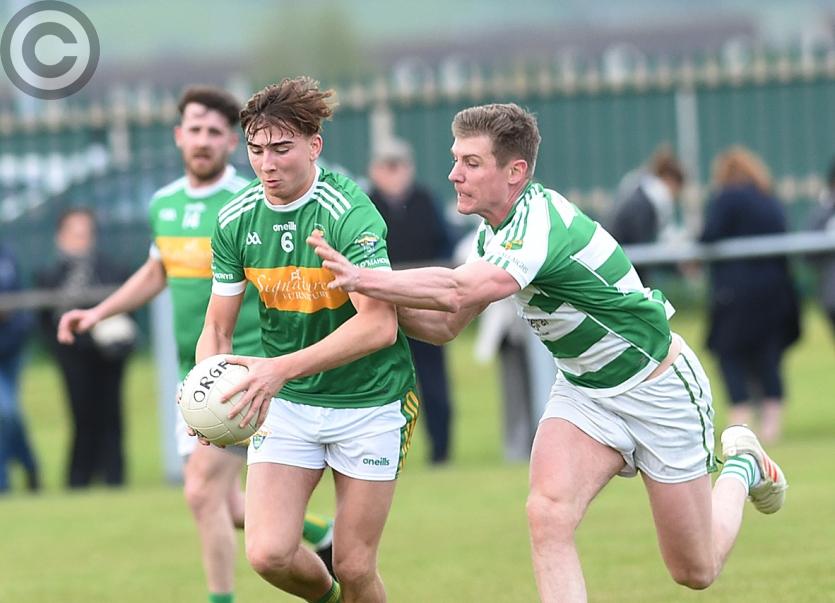 In a game where the 24 points were evenly shared, it was second half goals from David Reid, Adrian Reid and Niall McKeown that saw the game swing in Mattock’s favour.

The opening half proved to be an even affair as the teams traded points, while Liam Shevlin’s goal for the Dreadnots was cancelled out by a brilliant effort from Brian Corcoran, resulting in Mattock taking a 1-5 to 1-4 lead at the break.

The Drogheda men then took a significant hold on the game when Dáire Nally hit the net for the first time on 19 minutes to help his team lead by 1-10 to 0-3 at the break.

Blues haven’t had the best of seasons so far, but they certainly have enjoyed their trips to the Cooley Peninsula where they have recorded their only wins of the campaign thus far.

Nally’s second goal 12 minutes into the second half put the seal on his team’s win.

Terry Kelly landed a late point to give Sean O’Mahony’s a dramatic victory in an entertaining battle with the O’Raghallaigh’s at the Point Road on Saturday night.

Stephen Kilcoyne and Stephen Fisher led the way in attack for the hosts as they led for most of the first half.
However, the O’Ragh’s struck a late goal to take a 1-6 to 0-8 lead into the break.

The teams traded points for most of the second half and it looked as if they would have to settle for a share of the spoils when Kilcoyne’s point to edge his team ahead was cancelled out by O’Raghallaigh’s.
However, Kelly had the final say.

Three first half goals saw Naomh Máirtín condemn Geraldines to their first league defeat of the season, in Monasterboice on Friday night.

JP Rooney and Bryan McQuillan were the major scorers as the Jocks led 3-7 to seven at the break.
Dara Hamill kept the Gers in the game, finishing with 0-10, but not even a Glen Trainor goal was enough to deny Máirtín’s victory.