INSIDE TRACK | Punters in Kennedy's clean up as Liverpool come back from the dead, just as Spurs did a night later 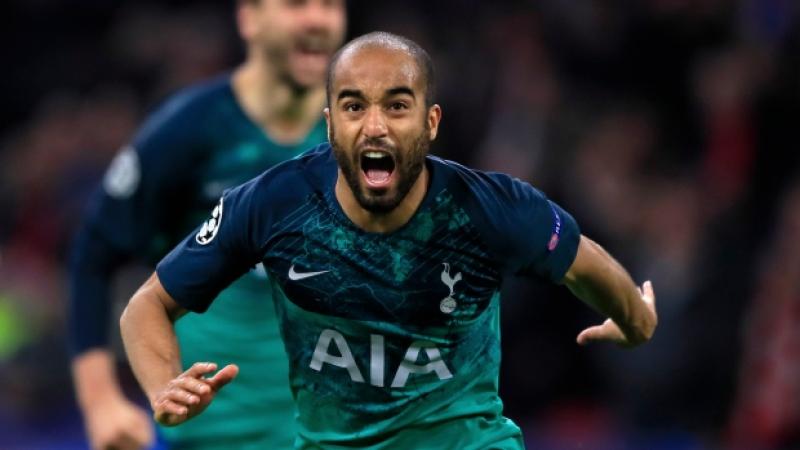 Lucas Moura scored a memorable hat-trick for Tottenham Hotspur in their UEFA Champions League victory away to Ajax.

The Irish and Evening Press made their way into 21 McDermott’s Terrace each day throughout the week; their sister paper was bought on Sundays. There was no room for The News of the World, but the news of the next world, the Irish Catholic, was bought. The Democrat came in for free.

The girls among the younger folk read School Friend, and having  graduated from the Beano and Dandy, myself and the brothers were assiduous followers of Roy of the Rovers. The purchase of the CBS comic, Our Boys, passed from one to the other until the last of us, me, stopped making the daily trek to Chapel Street.

The Beano and Dandy, are still going strong, both qualifying for the pension, but all of De Valera’s papers are gone. So, too, are School Friend, Our Boys and Roy of the Rovers.

I was thinking of ROTR the other night, and looked it up to see if it was still on the go. And I wondered that had it been, how hard pressed its scriptwriters would be to come up with a storyline not to better, but only match, the two from last week’s European Champions’ League semi-finals. It couldn’t be done.

Roy Race was a superhero who could turn around the most hopeless of situations with one of his many deeds of derring do. He was at centre-forward for Melchester Rovers, won caps for England, and if there was a last-second score needed or a ball cleared off the line, Roy was your boy.

I know several PPs (Puddle Partisans, aka Liverpool supporters) who feared for the worst last Tuesday; Barcelona would come to Anfield, and in defending their 3-0 lead, would throw their renowned attacking exuberance to the wind and instead park the bus.

“I think we’ll be doing well to pull one back. They’ll have Messi and Suarez defending ” one of them said in his best cultivated Scouser accent. (He’s been living in town all his life.)

On the other hand, word in Kennedy’s after the match was that at least a couple of punters took the 75/1 about a 4-0 home win. What unfolded was truly sensational stuff, putting Tiger’s return to golf’s top tier firmly in the shade. Not had Jurgen named R Race at No.9 could the finish - and outcome - be replicated.

Same goes for that gentleman who runs the Spurs team. How  Mauricio would love to have had Melchester’s star man to call on at half-time in the following night’s game. Or even Harry K.

I don’t know what price Spurs were at the break when they trailed Ajax two-nil and were three down overall; but it must have matched, if not bettered, what Liverpool were quoted at to score four and concede none.

For Race read Lucas Moura. Two goals and then another deep into time added on won the Brazilian the match ball and gave Spurs the most unlikely of victories. There’s an all-England final, the first since Man U retreated from Moscow with the title having beaten Chelsea in a penalty shoot-out. There just couldn’t be any more dramatics, could there?