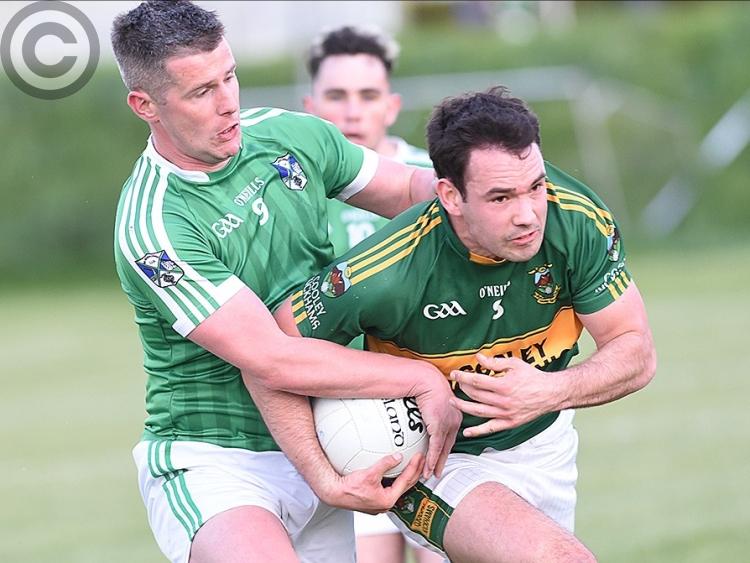 Geraldines left it very late to snatch a win against Cooley Kickhams on Friday night as they moved a point clear at the top of the table.

Dara Hamill got the Gers started with the first point on the new pitch in the very first minute and then dual player Feidhelm Joyce open his own tally with a nice point on the third minute. Cooley levelled up the game with two points from frees before Dara Hamill got his second point of the game which was followed by former Cooley man Conor Rafferty with nine minutes gone.

Cooley hit back with a point from play which was their last score in the first half as Feidhelm Joyce and Hamill (3) sent the Gers in leading by 0-8 to 0-3 at half-time.

Cooley came out in the second half all guns blazing within 10 minutes of the restart they were just one point behind with the help of scores from sub Emmet Rogan.

Cooley then got back on terms and it was looking good when they went two points clear with five minutes remaining.

Going into injury-time and Cooley leading by one, but the game took a twist when a long ball into the square ended up in the back of the Cooley net from the fist of Glen Trainor.

Cooley made things nervous for the home side by halving the lead deep into injury time but the Gers held out for their fifth win of the campaign and remain top of the league.