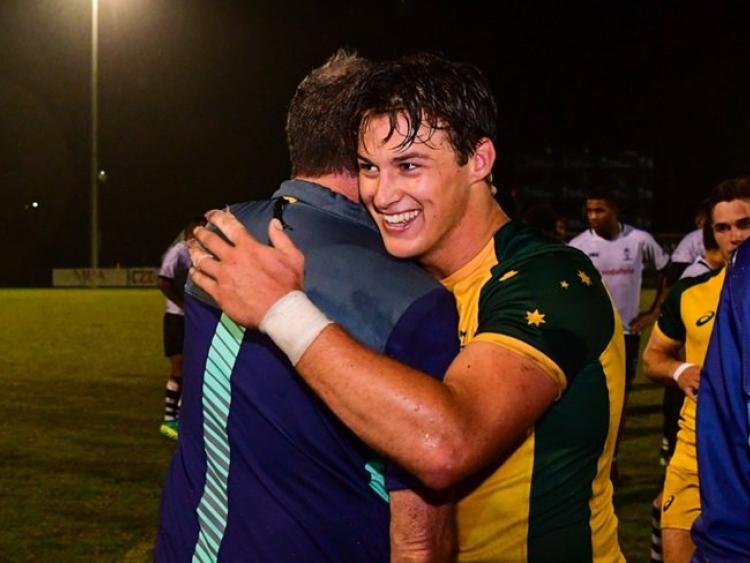 Michael McDonald started for the Junior Wallabies in tonight's victory over New Zealand in the U20 Oceania Championships.

Cooley native Michael McDonald starred at scrum-half as the Junior Wallabies sealed their maiden U20 Oceania Championships title with a 24-0 victory over the All Blacks today.

McDonald retained his place from Tuesday's win over Fiji and played an integral part in the tournament-sealing triumph for Jason Gilmore's team, orchestrating proceedings from No.9.

The Palmyra man featured off the bench in the round one win over Japan - where his efforts were enough to earn subsequent starts and now he can look forward to the World Cup in Argentina in June, where he is in line to face his homeland, Ireland, as well as England and Italy in the group phase.