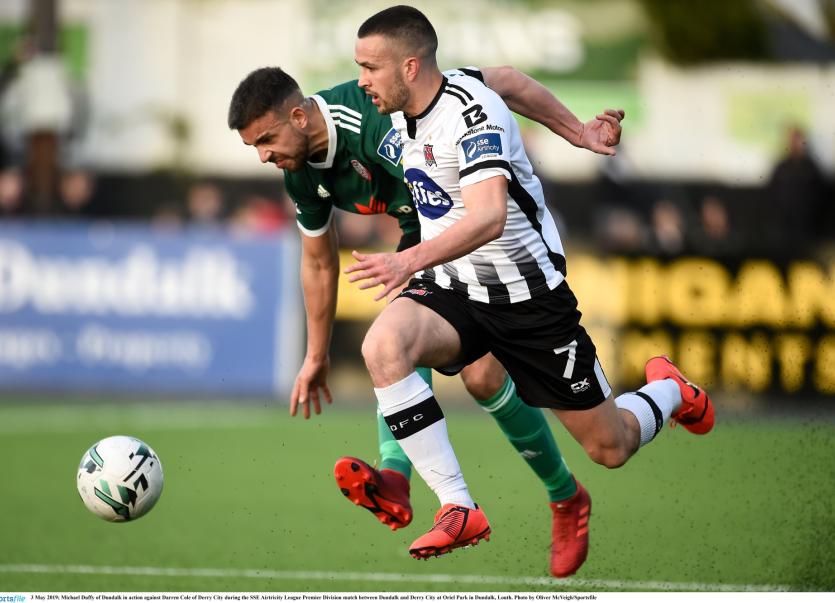 Derry had belied their pre-match odds of 7/1 to put in a confident first-half display that reflects their fourth position in the standings. However, they had Peter Cherrie to thank as he twice denied Michael Duffy to keep it scoreless at the break.

Dundalk seized control in the opening quarter-hour after the restart, as Jordan Flores and Seán Gannon provided the assists for Hoban to hit a double.

The Lilywhites looked in their usual form, but Darren Cole pulled a goal back on 68 minutes. With 10 minutes remaining, Hoban was shown a straight red card after an incident in the box, with Stokes salvaging a point with a spot-kick for the visitors.

Dundalk head coach Vinny Perth had rewarded Flores with a start after his stunning strike in Waterford, although that was largely due to the injury suffered by Jamie McGrath – who is now on crutches – at the RSC. Daniel Cleary also came into the team, in place of captain Brian Gartland. 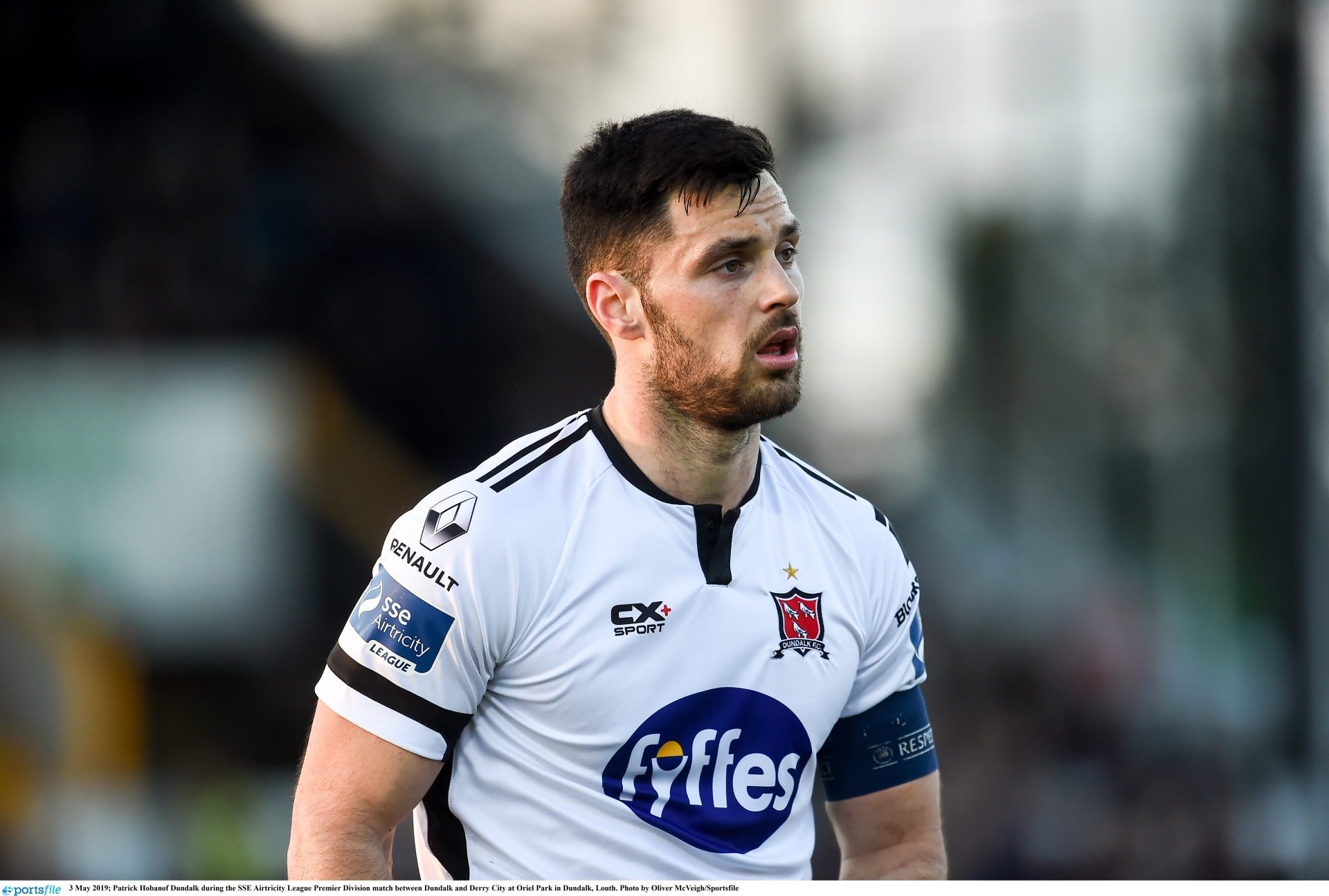 The Candystripes have found new life under their returning boss, and they showed a confidence in the early stages that had evidently helped them to build a six-match unbeaten run on the road.

There was almost more joy for them on 19 minutes when Ciaron Harkin, Greg Sloggett and Jamie McDonagh were involved in a neat passing move that ended with the latter crossing for Barry McNamee. However, with time and space in the box, he miscued and let Dundalk off the hook.

Dundalk were struggling to create, but Daniel Kelly attempted to do a solo run before the half-hour. His invention was welcome, but Derry snuffed out the danger as the winger approached the danger area.

An opportunity presented itself on 36 minutes when former Lilywhite favourite Cherrie delayed on a clearance and was blocked down by Hoban. Hoban’s cut-back found Duffy but the in-form wideman’s shot was well blocked by Cherrie who redeemed himself.

Dundalk broke the deadlock six minutes into the second half when Flores produced beautiful feet to put Hoban in the clear and he blasted past Cherrie at his near post. Kelly was then denied by the Derry stopper, but it was 2-0 when Gannon’s deep cross was converted by Hoban.

Derry were on the ropes, but somehow they found a way back into the game on 68 minutes when Cole fired to the bottom corner. On 80 minutes, Hoban was sent off and Derry awarded a penalty, which Stokes converted.