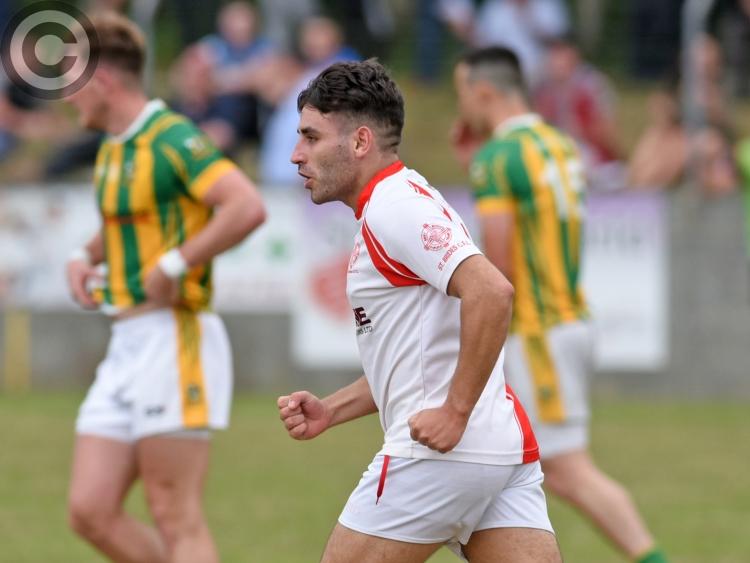 St. Bride’s eased past Clan na Gael in Páirc an Chuinnigh on Friday night to register their second win in the Division One thanks to three second half goals.

Clans were quickest out of the traps and scored early on from Gerard Curran and it took until the 10th minute for Bride’s to reply, when Neil Thornton slotted over.

Soon after, Billy Smith restored his side’s lead, but two points within a minute from Ciarán Deane and Seán Brennan edged the hosts into the lead for the first time on 17 minutes.

Mark Newell equalised soon after, but his effort was cancelled out by Seán Marry within 60 seconds.

On the stroke of half-time a converted free-kick from Smith made it all square at the interval at four points apiece.

Marry opened the scoring for the second half, but Smith replied with a well taken 45, kicking into a strong breeze, before substitute Ray McCabe edged the men in gold and green into the lead on 36 minutes.

Bride’s moved up a gear after this scoring 2-1 in four minutes. The majors coming from Andrew Smyth and Kevin Hearty, and the minor from Marry.

Newell and Smith scored again for Clans to keep them in touch, these points coming either side of another Marry score.

However, the match was effectively ended as a contest when Brennan scored his side’s third goal on 48 minutes, followed almost immediately with a point from Hearty to leave nine points between the teams.

Smith slotted over another 45 late on, but it was too little, too late to deny Bride’s.