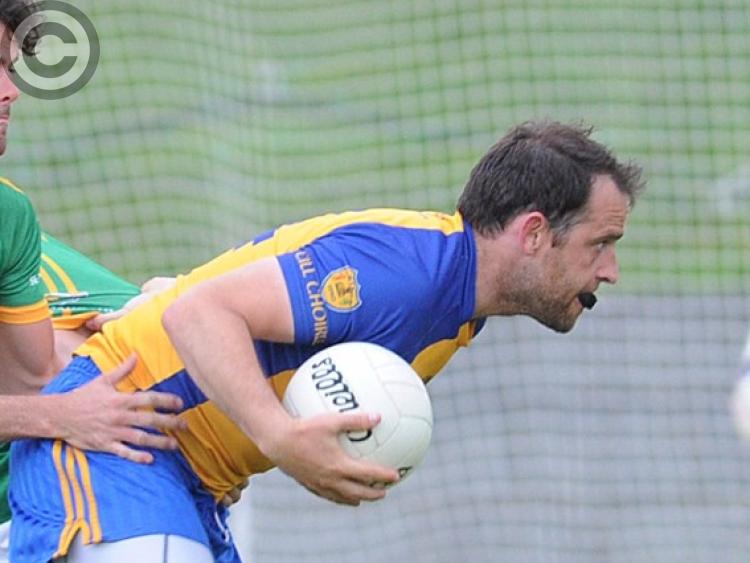 Ardee St. Mary’s made it four Division One wins from four at home on Tuesday night as Dreadnots’ 100 percent start fell by the wayside.

The Clogherhead men held the advantage at half-time, thanks to a goal just before the break, but the hosts put in a stirring second period effort to secure a 2-10 to 1-9 victory.

St. Mochta’s had an easy win away to Oliver Plunkett’s, 1-18 to 0-6, while Dundalk Gaels secured their first league victory in 14 attempts away to St. Kevin’s, 1-13 to 1-8, Gerard McSorley’s late penalty pulling the seal on a hard-earned triumph.

Finally, on Wednesday night, Kilkerley Emmets won away to a depleted Naomh Fionnbarra, 3-16 to 1-10. Tadhg McEnaney and Shane Lennon led the way for Emmets, while the Barrs had Hugh Osborne in fine form with 0-4.

Lannléire ended a poor recent-year league run against Glen Emmets in Tullyallen last Tuesday night, Bob Murphy and Paul Callan scoring the goals in a 2-8 to 0-12 win. The Dunleer men held a 2-4 to 0-8 interval lead.

Noel Finnegan hit 0-5, while Gerry McShane contributed 1-1 as Dowdallshill prevailed away to John Mitchel’s last Tuesday night, 1-12 to 2-7. Mitchel’s led 2-3 to five at the break, but were faced with a resurgent ’Hill outfit in the second half.

Westerns maintained their impressive start by defeating Cuchulainn Gaels 3-14 to 2-7.