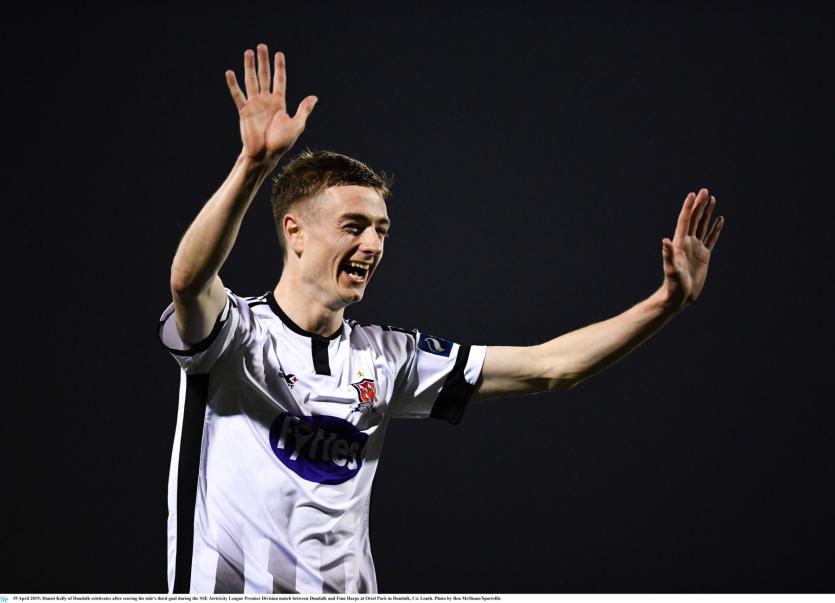 Dundalk were dominant throughout, but it took until two minutes into first-half injury-time for the breakthrough as Kelly smashed a strike past substitute goalkeeper Peter Burke.

The second half was only started when Kelly left Burke with another impossible task as the ball broke loose to the winger in the box and he provided a fabulous finish. Late on, he made it an impressive treble to secure another valuable three points for the Lilywhites.

Dundalk head coach Vinny Perth made five changes to the team that beat Bohemians last Monday night, as Chris Shields and Patrick McEleney were given first starts in seven and nine weeks respectively.

Massey almost served up some magic just seven minutes in but his curling free-kick from 20-yards flew inches past the top corner. 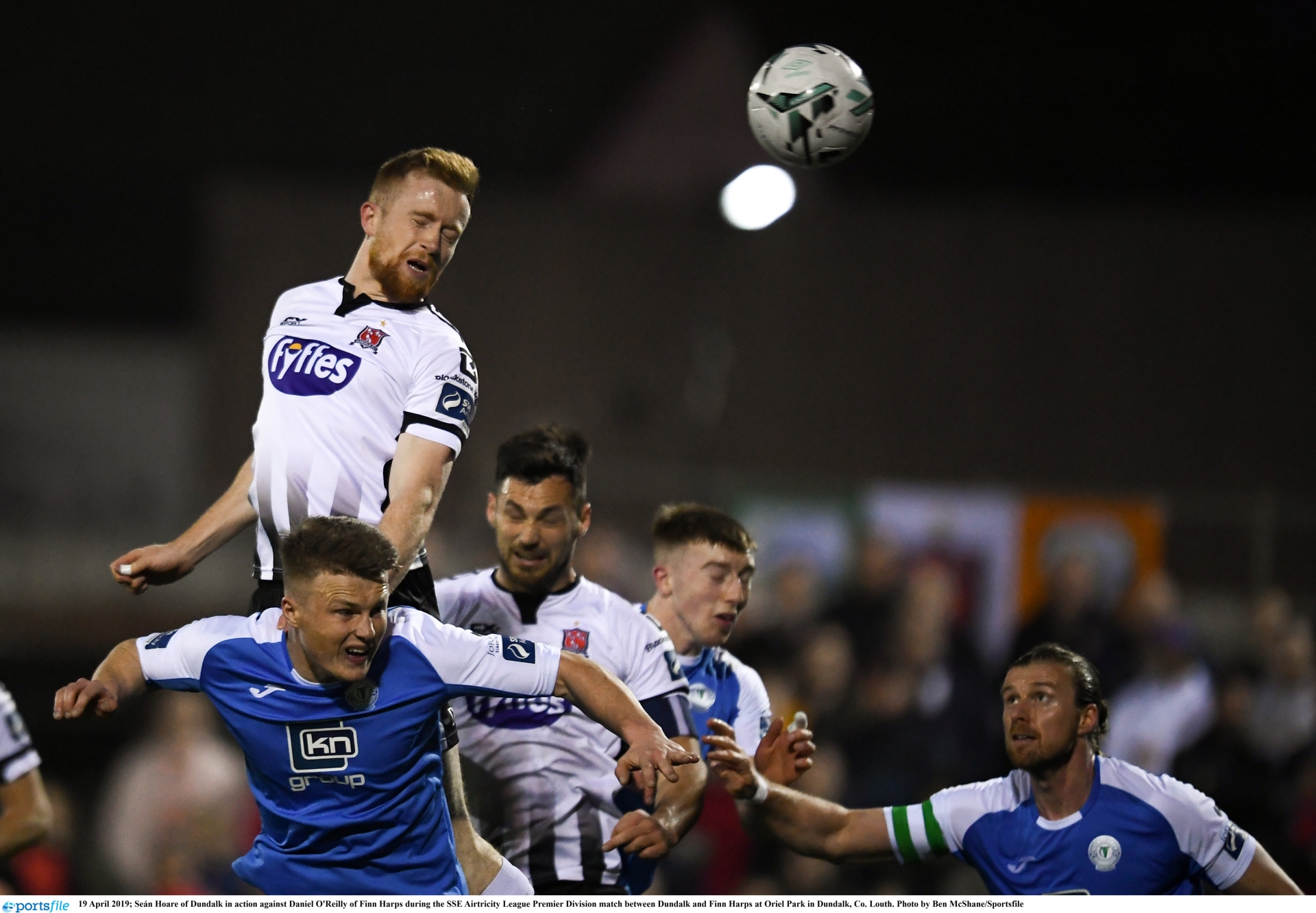 Gartland was then forced off with a head injury after a poor challenge from Daniel O’Reilly, who was booked for the incident. Despite the stretcher being out, the Dundalk skipper was able to walk off, as Daniel Cleary made a swift reappearance.

On 17 minutes, Patrick Hoban broke through the visiting defence and showed good strength, forcing Sam Todd into a foul in the D. However, McEleney’s set-piece from the promising position was poor as it hit the wall.

Harps then threatened for the first time when Tony McNamee’s long throw-in caused problems and O’Reilly’s effort drew a good save from Gary Rogers who was alert to push the ball away. Moments later, Nathan Boyle struck a half-volley narrowly wide.

Ollie Horgan was soon on his feet looking for punishment for Hoban, who had collided with goalkeeper Ciarán Gallagher. The striker’s challenge was adjudged to be a fair one, but Gallagher could not continue as he too departed.

There were nine minutes of injury-time added at the end of the first half, and in the second of those Dundalk finally broke the deadlock as Kelly rifled an unstoppable shot to the net from just inside the box.

Rogers ensured they took that lead into the break as he produced a full-length save to turn Mikey Place’s 25-yard effort behind for a corner, which led to a goal-line clearance.

Dundalk made it 2-0 just two minutes after the restart when the ball broke to Kelly and his finish was sublime as he found the top corner.

Hoban was close to a third before the hour-mark but he fired wide under pressure, after a delightful set-up from Duffy’s lofted pass.

Dundalk continued to go forward in waves, and they got a deserved third on 82 minutes when Hoban and Seán Gannon were involved in setting up Kelly who fired across goal and into the bottom corner as he collected the match-ball.