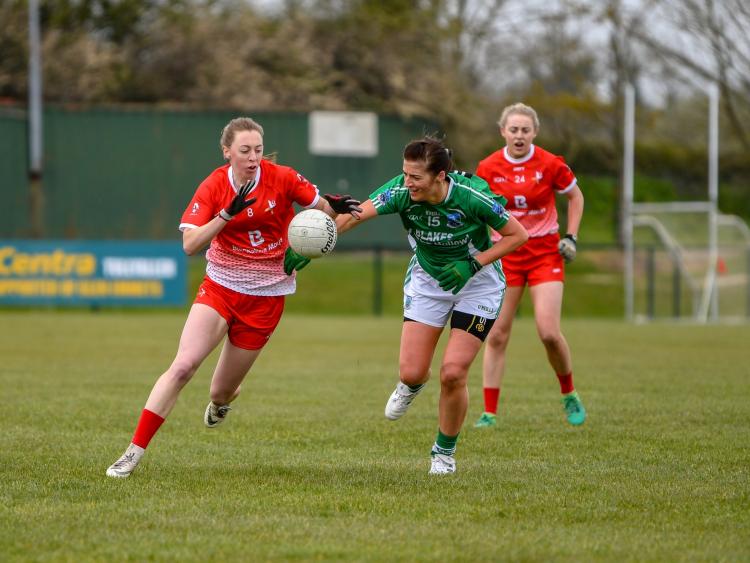 Geraldines' Rebecca Carr has been listed to start at midfield for Louth on Saturday afternoon. (Pic: Warren Matthews)

The pair are one of several alterations to the side that overcame Fermanagh in Tullyallen last Sunday.

But while Foxrock-Cabinteely's Sarah Quinn is listed to start at full-back, it's believed the former Cooley player is unavailable for the last four encounter.

Ceire Nolan and Michelle McMahon return to the half-back line, with Sinead Woods listed at left-half forward, in the other changes.

After an impressive showing at the weekend, Geraldines' Rebecca Carr and Eimear Byrne of St. Mochta's are retained at midfield, with the latter's sister, Aoife, missing out despite nearing a return from injury.

The match throws in at 12:30pm with Donegal's Declan Callaghan to referee.