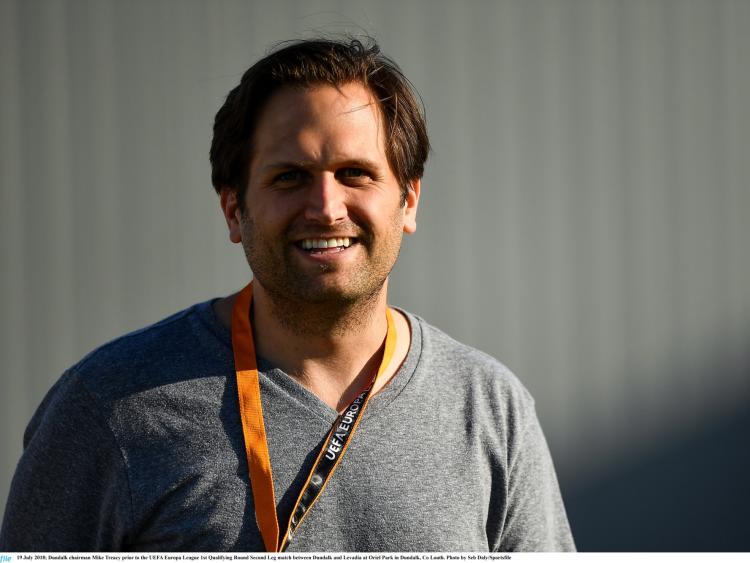 Dundalk FC chairman Mike Treacy is hopeful the recent upheaval surrounding the FAI will have a positive impact on Irish football moving forward.

It was last week confirmed that the association’s current board would be stepping down at the next AGM - while executive vice-chairman John Delaney has already put his link on hold pending an investigation - and Treacy senses an opportunity for Irish football to grow under a new administration.

“I am excited. Chaos creates opportunity,” he told RTÉ Sport.

“These last several weeks will positively change the course of Irish football history.

“The association’s lack of transparency is certainly disappointing, but you have an entire country empowered and motivated to change Irish football.

“Despite these issues, we must focus on existing positives at the FAI. There are many great leaders within the organisation and we must be careful not to implicate them with a few other bad actors.

On the FAI’s holding of €2.2 million in European prizemoney, won in 2016, for 11 months - a story which the Irish Independent’s Daniel McDonnell broke - Treacy added: “League of Ireland clubs are stakeholders in Irish football yet we receive poor communication on most decisions made for the league.

“On February 12, at the SSE Airtricity League launch, we discovered, along with the general public, that the league winner would play in a cross-border competition with the Northern Irish champion.

“Two hours later we discovered this was never confirmed. Communication is certainly something we can work with FAI to improve.

“Obviously we need change. We need a new board with diverse stakeholders who act in the best interest of Irish football. We need a full operational and financial audit of the FAI.

“Once stakeholders have a thorough understanding of operations and financials we can begin to untie the knot, evaluate our options, and rebuild Irish football’s governing body.

“Stakeholders can evaluate successful football associations across Europe and well-run organisations like the GAA as they work to rebuild and restore trust.

“Once we move forward, it is important we don’t harbour resentment towards the past.”

The Peak6 member continued: “We remain very optimistic, long-term, in Irish football. Once the FAI is restructured, we will hopefully begin to see a correlation between the Irish economy and Irish football.

“If we look at economic data, Irish real GDP is expected to grow 4.1% in 2019. This is among the highest in the European Union and we believe that rising tides raise all ships.

“After everything Ireland experienced economically between 2008 to 2011, political and business leaders worked together to propel the economy to where it is today. Why can’t the same happen in Irish football?”