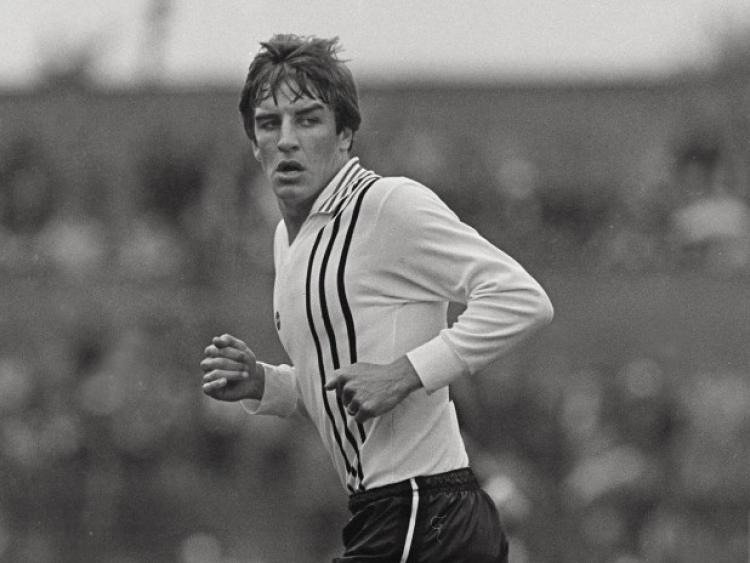 Martin Lawlor was we understand in the grounds but did not turn out for Dundalk FC against Finn Harps in 1985. (Pic: Sportsfile)

Dundalk’s decline over the last three months, at least as far as home performances are concerned, was carried further on Sunday last by their defeat by three goals to one, by, of all teams, the relegation-doomed Finn Harps at Oriel Park.

As an ineffectual performance, it vied with their failures some weeks ago, on a 0-1 scoreline, against another struggling side, Shelbourne, and we will leave it to the few supporters who watched these games, to vote on which was the most dismal of the two efforts - or should we say, lack of effort.

These results, among others, mark the decline in the fortunes of Dundalk since January, principally in home games, with the exception of a very good show against Shamrock Rovers in late February, when they should have won, but deserved their draw with the league leaders.

DUNDALK’S BOGEY TEAM
The Dundalk players, and the supporters as well, would not have taken anything for granted if they had gone back over the records, an exercise which would have shocked us all. For this was the third time in consecutive seasons that Harps have taken the points at Oriel Park, as we were reminded after the game by Gerry McDermott, of the Lordship family, who is a reporter with the Donegal Democrat.

HARPS AT HOME IN ORIEL
Delving further into the records we find more Harps wins at Oriel. 1974-75, 1988-78, 1979-80, with Dundalk having, in total, only three home wins in all those years, since 1974, when, strangely enough, Dundalk were having wins or draws all the way at Ballybofey.

Dundalk players and supporters didn’t have all those facts in their minds on Sunday last, or they might have taken a different view of their chances in this game of no real consequence.

MISSING FACTS
It is no excuse to record that Dundalk were under strength for reasons not easy to explain. Benny Laryea was missing, no one seemed to know why, Martin Lawlor was we understand in the grounds but did not turn out; and of course Billy Wright was grounded under a week’s suspension.

Tom McNulty was dropped back to fill Lawlor’s place, though we haven’t seen him in a defensive position, at least with Dundalk, when Paul McLaughlin would seem to have been the man to fill the vacant berth.

Then Tom McConville came off after 15 minutes and was replaced by young Eddie Lynch, while later on another promising young player Paul Watters was sent in instead of John Cleary. In the original line out was another player, Dessie Gorman, who celebrated by scoring the Dundalk goal.

Subs: Watters and Lynch for Cleary and McConville.

THE SEASON
Dundalk finished bang in the middle of the table, eighth out of 16. Harps, unfortunately, were one of four relegated, closing one place above basement dwellers Longford Town and behind Sligo Rovers and Drogheda United.