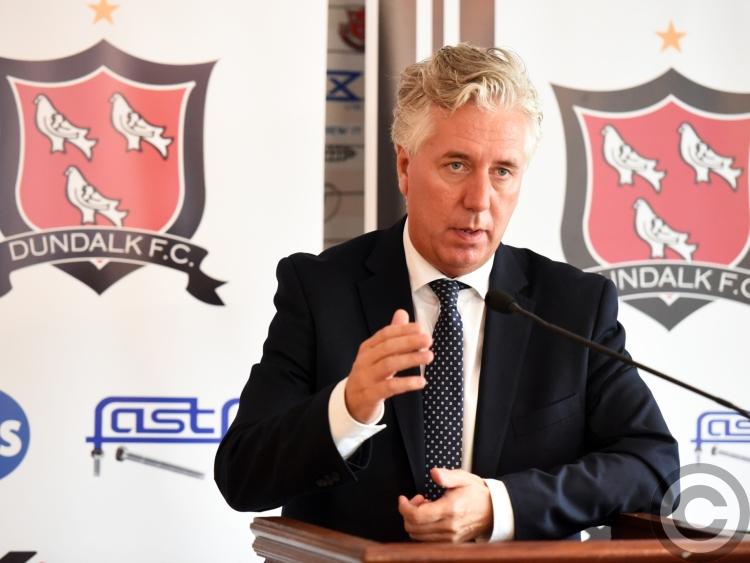 News of a looming clearout at the top of Irish football has been widely well-received given the outbreak of controversy regarding the FAI’s top-brass in recent days and weeks.

While the performance of John Delaney and co at last week’s Public Accounts Committee hearing rightly led to an avalanche of criticism, on a local scale, the most shocking revelation pertained to the association’s treatment of Dundalk FC.

Indeed, only for the tireless work of some of this country’s national journalists, in this case the Irish Independent’s Daniel McDonnell, the peculiar ways of FAI chiefs may have been allowed to continue for who knows how long.

A week on from the Indo reporting that Dundalk had to wait 11 months for €2.2 million of their 2016 Europa League winnings to be paid, it emerged from the same source that the club’s request for €300,000 of their prizemoney to be paid in March 2017 was, in effect, refused by the FAI.

The Lilywhites, it is said, sought the finance to help with the installation of the astro-turf surface at Oriel Park, but were forced to wait.

“The Irish Independent understands that a representative from the League of Ireland champions contacted Mr Delaney on March 29, 2017, to say they needed €300,000 to pay for the upgrade of their artificial pitch and other bills,” the Independent reported on Friday.

“Mr Delaney replied saying the FAI would pay Dundalk €300,000 on April 12 if that was acceptable.

“Dundalk responded on March 30 to assert that they required a quicker payment.

“That was followed up by an email from Mr (Eamon) Breen (FAI director of finance), who advised that - on foot of the correspondence with Mr Delaney - the association was processing a €25,000 same-day transfer to the Louth club.

“After sending another request to Mr Breen on April 26, Dundalk’s then owners were correctly told they would get the remaining €150,000 via a transfer on April 28.”

It must be remembered that around this approximate time, Mr Delaney provided his employer with a €100,000 loan, the details of which recently emerged to spark the furore over the FAI’s governance, to prevent them from exceeding their overdraft limit.

Dundalk’s winnings were keeping the FAI stable during this period, it must be assumed, when it would seem that, if anything - given they’re the governing body of an organisation of which Dundalk are only a member - it should be the other way around.

It must be asked: How much did this affect the club’s running at that time? Did it slow down the process of a necessary pitch laying? Did it have an impact on the playing staff and, fairly plausibly, make it more difficult for Stephen Kenny in the recruitment of players, considering he wasn’t working with all of his team’s European riches?

Yet, at last week’s hearing, FAI President Donal Conway attempted to brush over the issue, referring to it as an internal matter and that the association was not present to discuss affairs relating to creditors or, indeed, Dundalk.

It’s UEFA’s protocol to distribute winnings to clubs via their national overseeing body, in this case the FAI, but the situation regarding Dundalk poses several questions: Does this happen, or would this have happened, anywhere else?

Would it have been the case had it been, for argument’s sake, Cork City or Shamrock Rovers?

Regardless, the entire thing stinks. Rules for some, none for others. The former regime won’t be missed and the situation can only improve in their absence.