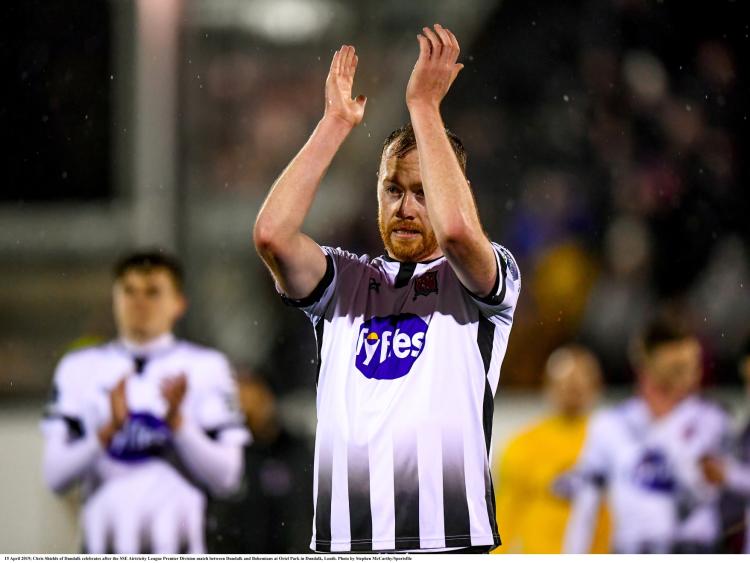 Patrick Hoban was the coolest man in Oriel Park as his 95th-minute penalty gave Dundalk the most unlikely of three points, with Bohemians left shocked at the death in this SSE Airtricity League Premier Division clash.

There was no place in the matchday 18 for captain Brian Gartland, but there was welcome news with the inclusion of long-term absentees Chris Shields and Patrick McEleney among the substitutes.

The defending champions were helped somewhat, on paper at least, by Keith Long’s decision to make seven changes from their win at Finn Harps on Friday. Those absent included former Lilywhites Keith Ward and Derek Pender, along with top scorer Dinny Corcoran.

However, the Gypsies made a strong start to the game and could have been ahead on four minutes. Keith Buckley’s cross from the right found Danny Mandroiu who had ghosted in, but the unmarked Republic of Ireland U21 international could only send his close-range header over. 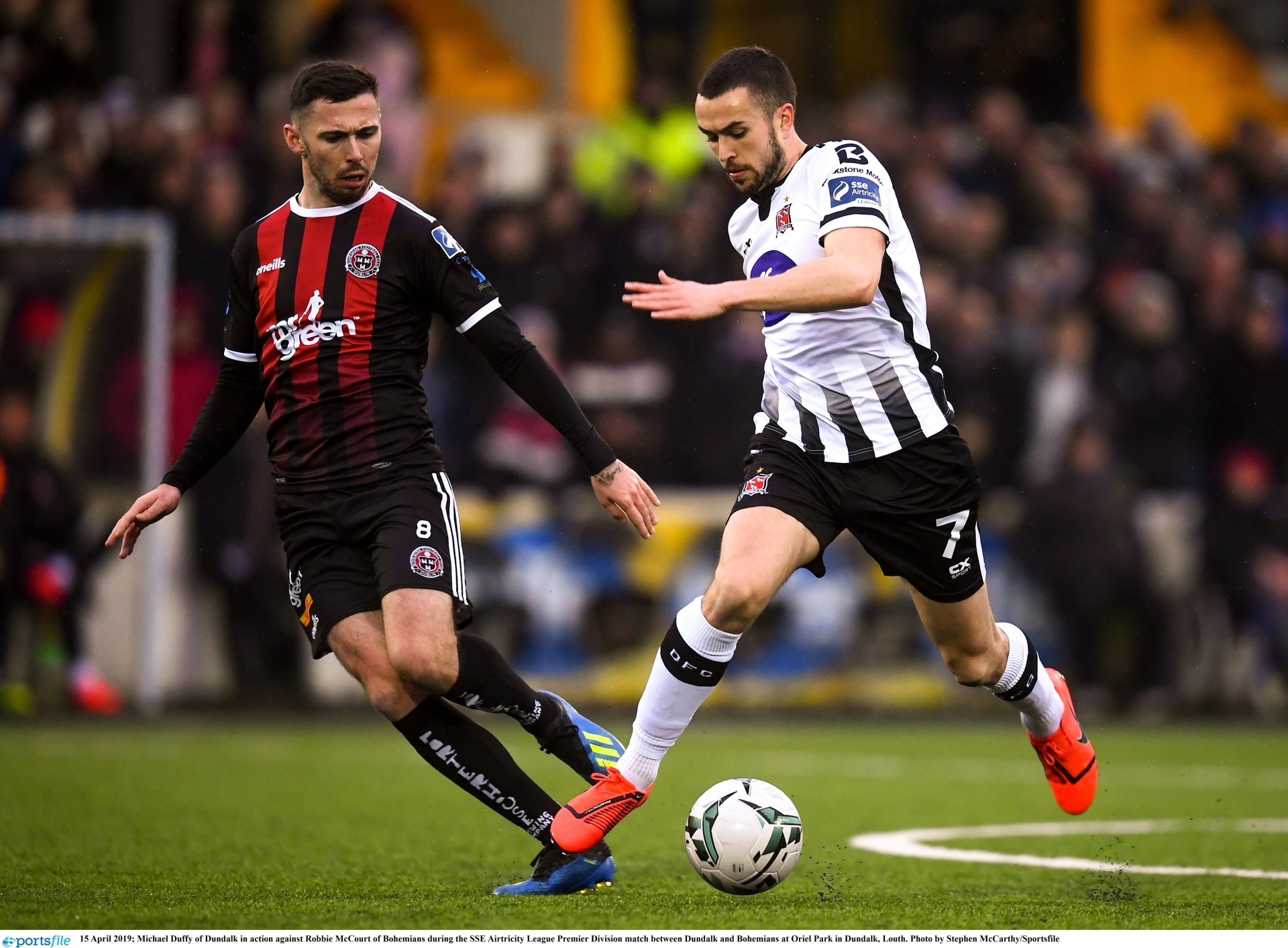 With Bohs doing very well in possession, one could feel the tension in the home support as Dundalk struggled to find any rhythm. They earned a corner out of nothing on 28 minutes, and Michael Duffy’s delivery was met by Jarvis whose header looped over.

That was the story of the half - and ultimately the match -  for the hosts, as the trend of the previous two games continued.

They were lucky not to be behind on 35 minutes when Seán Hoare was caught in possession. However, after a dangerous right-wing delivery from Ali Reghba, the in-rushing Kevin Devaney could only strike the side-netting at the far post.

Shields made his return from a six-week absence 11 minutes into the second half. The midfielder was greeted by loud cheers, but it was Gary Rogers who saved Dundalk soon after that switch.

Mandroiu played a through-ball for Swan to race onto, but Rogers produced a strong hand to turn the shot away. Rob Cornwall then flashed a header inches wide.

McEleney then entered, having been on the sidelines for two months. But it was Bohs who continued to look the more likely, with Mandroiu testing Rogers with a well-struck free-kick from 30-yards.

Dundalk never looked like cutting into a visiting defence that was aiming for an eighth clean sheet in 10 games this season.

However, what could be a turning point in the Lilywhites’ season arrived four minutes into injury-time when Kelly was fouled by Paddy Kirk, and up stepped Hoban to fire in a priceless, precious winner.