INSIDE TRACK | Tiger’s on the way back up, John Delaney on the way out 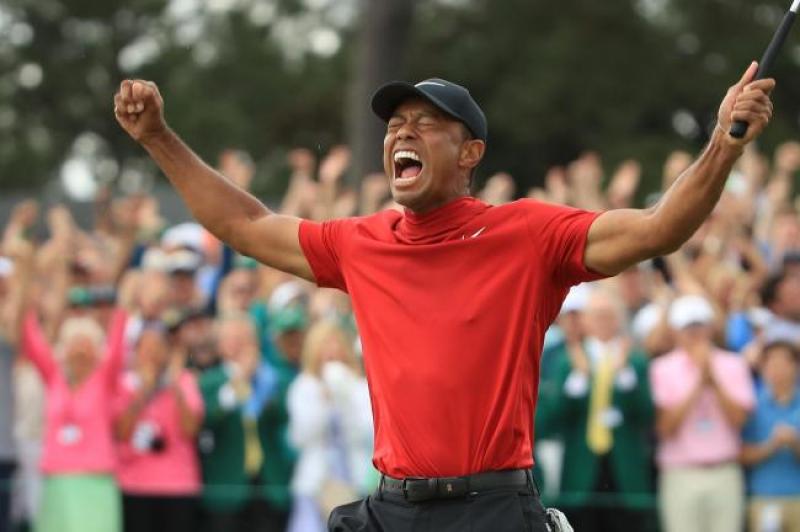 Tiger Woods celebrates his win at the Masters on Sunday.

The Tiger Double came up, Woods following Roll on to the podium with a spectacular win in the Masters. The racehorse completed a double of his own at Aintree - the golfer did much better. Woods’ win at Augusta was his fifth at the venue, a one-stroke victory completing one of sport’s great comebacks.

Crocked with a back injury, leaving him out of the game long enough to make many believe he’d played his final shot, Woods not only got himself back to fighting fitness, but recaptured all that had made him the world’s greatest player. That he is also one of the most popular was evidenced by the reception he got on Sunday evening after sinking his final putt.

How easy is would be to continue waxing lyrical about the Tiger. But, in fact, those opening paragraphs are an intrusion – on to the space reserved for John Delaney and the state Irish soccer finds itself. “You better write something about it,” my adviser said, “even though the whole sorry saga is being flogged to death.”

Let’s just say there’s going to be no Tiger-like comeback for JD, at least not in the game he has had charge of in this country for almost two decades. He was clinging on by his fingernails before going into meet the politicians last week, but when asked the questions the whole country wanted answered, he chose to hide behind the screen erected for him by his legal team. A bit of openness and transparency might have done him some good.

Mick McCarthy can continue to run the International team, saying it has nothing to do with him, and neither it has – and League of Ireland teams and others can play away, fulfilling the fixtures drafted out for them. But there can be no underestimating the work that has to be done to repair the damage inflicted on the game in recent times.

A fresh-faced authority must be put in place, and as aficionados would see it, the sooner the better.