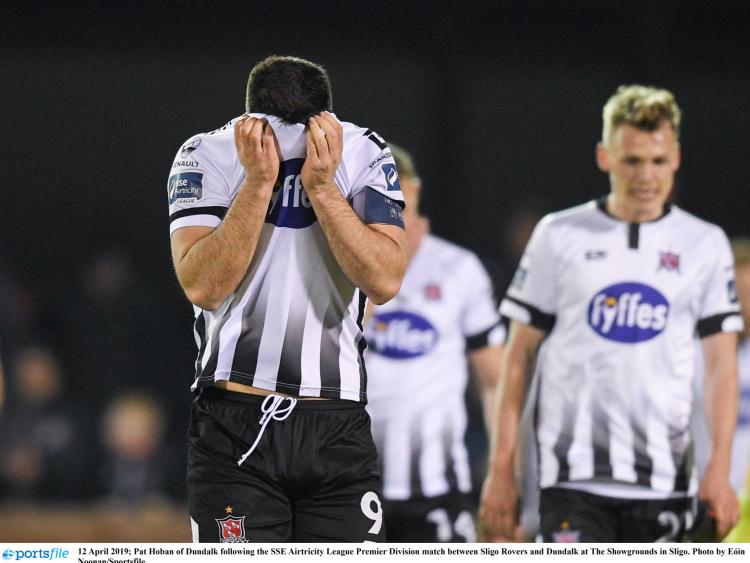 Dundalk goalkeeper Gary Rogers says the defending champions would be happy to “take a bad game and a win right now”, as they prepare to welcome in-form Bohemians in a crucial rearranged SSE Airtricity League Premier Division clash at Oriel Park on Monday night (kick-off: 7.45pm).

This fixture had been scheduled for last month, but was postponed due to underage international call-ups for the Gypsies.

Over three weeks on from the original date, the league displays a very different landscape. The previously unbeaten Dundalk come into this after back-to-back defeats, they have dropped to fourth and are 13 points adrift of leaders Shamrock Rovers.

Monday presents an opportunity to make some inroads on the Hoops. However, it is much more important than the table alone. It is a game where head coach Vinny Perth will demand his players to step up their performance after two out-of-character showings on the road.

The latest – against Sligo Rovers at The Showgrounds on Friday – was one where they were lucky to escape with only a one-goal loss, with Perth admitting post-match that his team were beaten “fair and square”.

Rogers, 37, kept a clean-sheet for the Bit O’ Red the last time that Dundalk lost in Sligo – under Darius Kierans in September 2012 – and he is happy to have such a quick turnaround in games as the Lilywhites look to bounce back.

“We have a game on Monday and after a defeat like that, a game can’t come quick enough,” Gary said. “Luckily for us, we have an opportunity to go out and rectify the damage done on Friday.”

The Navan native added that he would prefer a blip coming in April. He knows the tough tests continue, with Bohemians enjoying three straight wins to soar into second, five points above Dundalk.

“It’s unfortunate, we just haven’t got the results we would have liked,” Rogers admitted. “I’d rather have a little bad patch at this stage of the season as opposed to the end of the season when it really matters. Not that it doesn’t matter now, but time is on your side and there are plenty of more opportunities to pick up points.

“We just have to look at the next game and look to get three points. Bohemians have had a fantastic start to the season. They are a club on a real high at the minute. They have been working really hard.

“They have new players in and they have gelled well with the players that they’ve had in previous seasons. They will be tough opposition. It should be a good game – I’d take a bad game and win right now.”

It is the first of two games in five days at Oriel Park, as basement side Finn Harps visit on Good Friday. But Rogers insisted: “We can’t look too far ahead. Monday night is massively important and all our focus will be on Bohemians.”

Perth may shake up his team for Monday, with the likes of midfielders John Mountney and Joe McKee perhaps in the frame for a starting role. However, the head coach has admitted that there is still no certainty on the return date of either Chris Shields or Patrick McEleney.