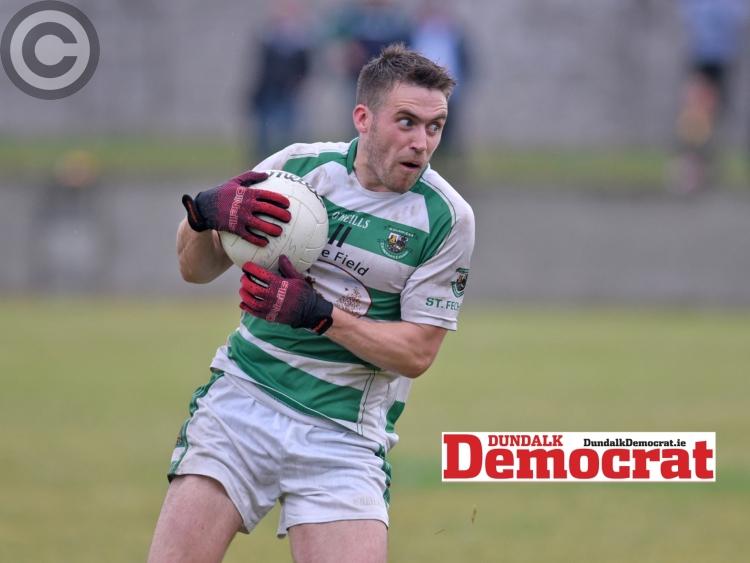 Ronan Holcroft was in fine scoring form for St. Fechin's in their Division Two win over Kilkerley Emmets on Sunday. (Pic: Ciarán Culligan)

St. Fechin’s turned in a fine first half display to set themselves up for victory away to Kilkerley Emmets on Sunday afternoon.

The visitors took the game to their opponents from the outset and goals from Brian Devlin, Paul Matthews and Eoghan Duffy before the break had them very much in charge.

Ronan Holcroft got Fechin’s off the mark with a brace before Matthews found the net as their side went 1-4 to 0-2 in front on 10 minutes, with Tadhg McEnaney and Michael Begley replying for the Emmets.

The visitors kicked some good points to stretch the lead only for McEnaney to give his side hope when he found the back of the net. However, Fechin’s finished the half on top and goals from Devlin and Duffy saw them move 3-10 to 1-6 clear at the break.

The second half saw a significant drop in the scoring rate as Fechin’s eased home despite scoring just four times through Holcroft (3) and Devlin. At the other end Kilkerley pointed through Shane Lennon, Danile McKeown and Rian Hand but it wasn’t enough to threaten the visitors.