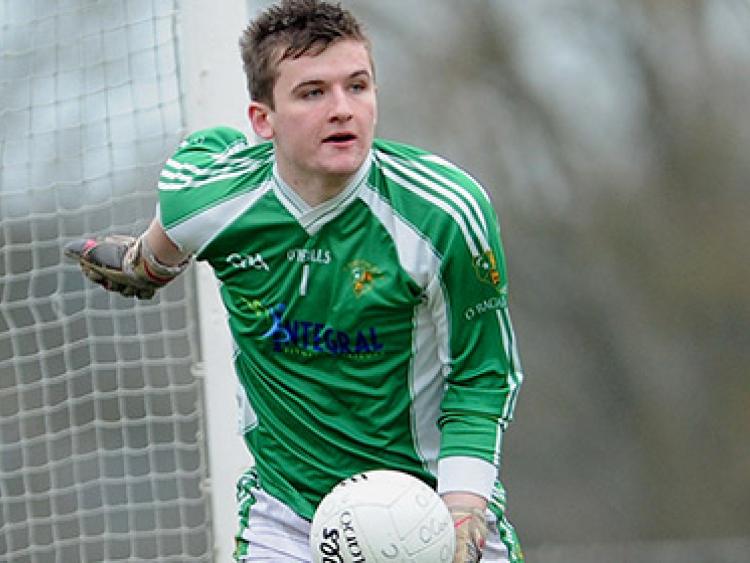 O’Raghallaigh’s left it late to come from behind to beat St. Bride’s in the Gaelic Grounds in Drogheda on Sunday afternoon.

Although playing into a strong wind the hosts started the better and took the lead after three minutes from Olan Walshe, but this effort was cancelled at the other end by Neil Thornton almost immediately.

Both sides defended well and it took until the 18th minute for the next score which came from the boot of Cillian Curran for the hosts.

St. Bride’s eventually found their shooting boots as they had three unanswered points in as many minutes before Barry Flanagan got one back for The Hoops with 28 minutes played. However, The Reds ran out the half with three more points giving them the advantage at the interval of 0-8 to 0-4.

It could have been worse for the hosts as he crossbar had come to their rescue following a Philip Tynan shot.

Following the restart St. Bride’s edged further ahead when Andrew Smyth slotted over from close range.

The Drogheda men moved up a gear after this, scoring four points without reply and reducing the deficit to the minimum with three quarters of an hour played.

Seán Marry settled the ship for the visitors when he grabbed a minor with eight minutes remaining but this was the last score St. Bride’s registered.

With full-time fast approaching two converted frees from Flanagan and Walshe made things all square.

Into added-time, the hosts took the lead for the first time since the 18th minute when Ben Rogan split the posts. St. Bride’s fell apart after this and two more scores from the boots of Rogan and Flanagan ensured the victory for O’Raghallaigh’s.