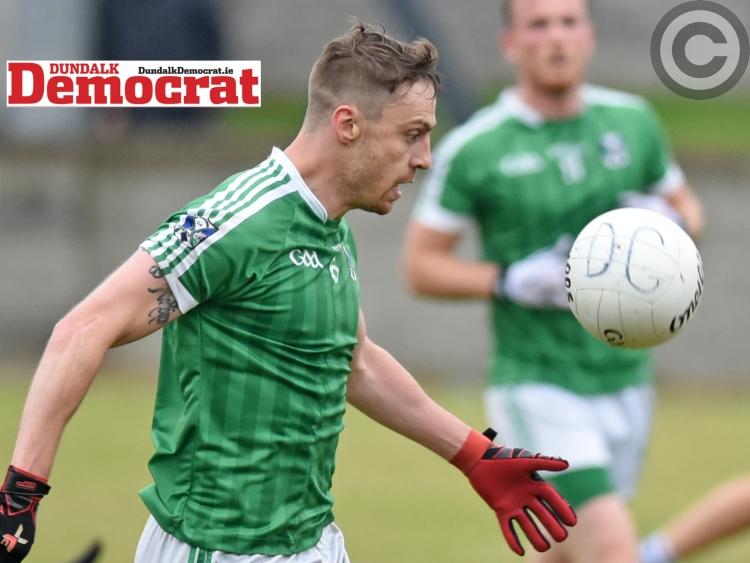 Geraldines left Drogheda on Sunday afternoon with smiles on their faces after a six-point win over county champions Newtown Blues.

Blues started the scoring with a nicely taken point from play, but James Craven got the Gers going when he found the net for his second goal in two games.

Blues levelled things up with two points from play, but they suffered another setback when good pressure on the defence allowed Jim McEneaney to bury the ball into the bottom corner.

The Drogheda men showed their quality by hitting back to take the lead with the help of a goal from Daire Nally, but Gers responded with six unanswered points from Dara Hamill (3), McEneaney, Craven and Fearghal McDonald to lead 2-7 to 1-7 at the break.

Dara Hamill continued his scoring form with a point in the first 30 seconds of the second half and scores from Conor Rafferty and Dara Hamill helped the visitors move four clear, before the Blues responded to cut the gap to two with Jamie Kelly continuing his good form in front of the posts.

Then the turning point of the game was when Stephen Reidy scored a goal which helped put his team six points clear. Blues refused to give up and reduced the arrears to four entering the closing minutes but late scores from Hamill and McEneaney secured a six-point victory for Eamonn Dunne’s men.