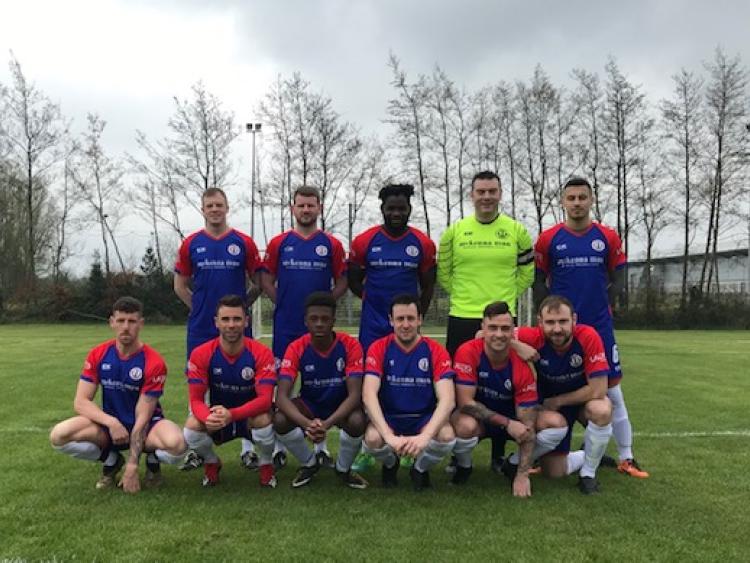 Marc Griffin’s first game as Muirhevna Mor manager was a disappointing one as they lost at home to Duleek on Friday night.

Two first half goals from the visitors left the Mor chasing the game and despite a goal from substitute Paudi Hearty - who stood down from his managerial duty to resume his playing career - the Blues fell just short.

Square United’s return to the Premier Division saw them go down to defeat away to champions Boyne Harps on Thursday night.

Tristan Knowles scored the Ardee side’s goal in the first half as they trailed 2-1 at half-time.

Boyne added a third after the interval, but there were many positives from Square to take from the game, despite the defeat.

Bellurgan United went down to a heavy home defeat against Trim Celtic on Sunday.

Striker Aaron Williams scored twice for the Meath men as they capitalised on a number of key absentees in the Bellurgan ranks in emphatic style.

Having fallen behind to an early Torro goal, Ryan Duffy pulled Redeemer deservedly on terms prior to half-time, before captain Barry Carr fired Wayne Conroy’s team in front with 15 minutes to go.

Torro hit back and looked like rescuing a point, but McCormack had other ideas, scoring impressively in the dying embers.

Bay came from behind to earn their first win back in Division One on the Rock Road on Sunday.

Two quickfire goals midway through the second half earned Damien Bellew’s men a victory they deserved on the basis of their display after the break.

Having trailed 1-0 at the interval, Gavin Donnelly levelled 20 minutes into the second period before Quadri Olowo headed home the winner moments later.

Glenmuir suffered a heavy defeat away to Abbey Celtic on Sunday morning. Kevin McArdle’s team trailed 2-0 early on, but rallied before the break, hitting the crossbar and seeing a penalty claim turned down.

The second half was a different story, though, as Abbey dominated, doubling their tally before the finish.