Dundalk FC suffer first defeat of the season away to St. Patrick's Athletic 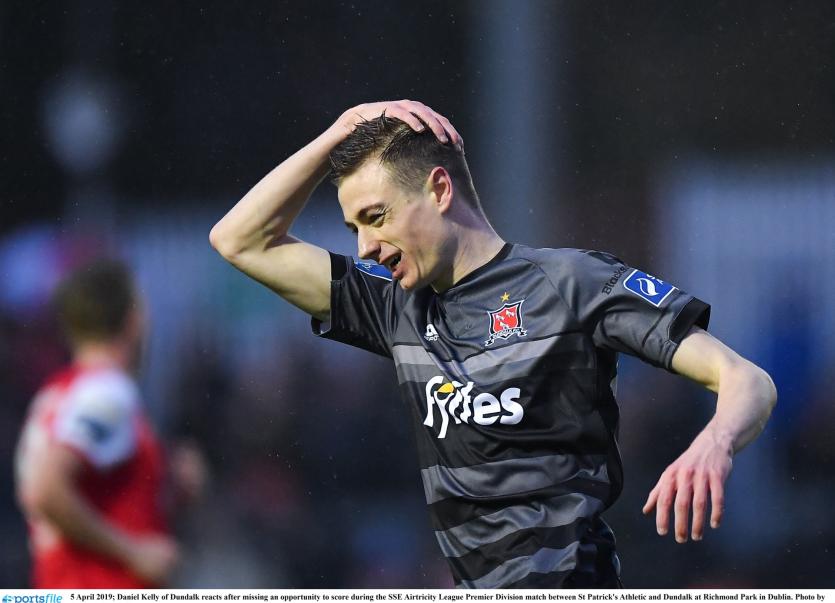 Daniel Cleary’s own-goal capped an off-night for Dundalk FC as they suffered the first defeat of the Vinny Perth era, going down 1-0 to St. Patrick’s Athletic in the SSE Airtricity League Premier Division at Richmond Park on Friday night.

The defending champions were clearly out of sorts, and in miserable conditions the Lilywhites crowd had little to cheer.

A 20th-minute Michael Duffy strike which Brendan Clarke did well to smother was the height of the excitement at the ‘Shed End’, in front of the estimated 300-strong travelling support.

St. Pat’s – having lost four games on the bounce in all competitions – were under pressure to bag a result for Harry Kenny, and they looked keen to do so.

Dundalk gave them a leg-up in stoppage time at the end of the opening period. Rhys McCabe raced down the left flank and delivered a low cross which Gary Rogers appeared set to collect, only for Cleary to slide in and put the ball into his own net.

The goal that has us ahead pic.twitter.com/M15v291Udv

The visitors tried hard to protect their unbeaten league record, but they never got going. The closest they came was Seán Murray’s strike eight minutes from the end. However, it was not to be as they suffered a first loss of the Perth era.

After victory over the same opposition in the EA SPORTS Cup earlier in the week, Perth returned to a familiar-looking lineup; he selected the starting XI that saw off Cork City in their last league outing. Cleary was the only player to start all three games in the space of the week.

St. Pat’s retained five players from Monday’s tie, with the likes of Clarke, Ian Bermingham and Chris Forrester coming back in. Top scorer Mikey Drennan missed out through an automatic suspension following his red card at Bohemians.

Drennan took part in some light running before the game alongside teammate Dean Clarke, with Dundalk’s Chris Shields doing similar at the other end as he continues his recovery from a knee injury which has left him absent for the past five weeks.

In front of an expectant home crowd, Dundalk were making most of the running in the early stages. However, it was the Saints who had the first effort in anger on 14 minutes when former Lilywhite Conor Clifford drilled a shot that Cleary blocked bravely.

From the resulting corner, Daniel Kelly broke at pace and ran the length of the field. But with his teammates slow to support him in attack, Kelly took it on himself and dragged a strike wide. 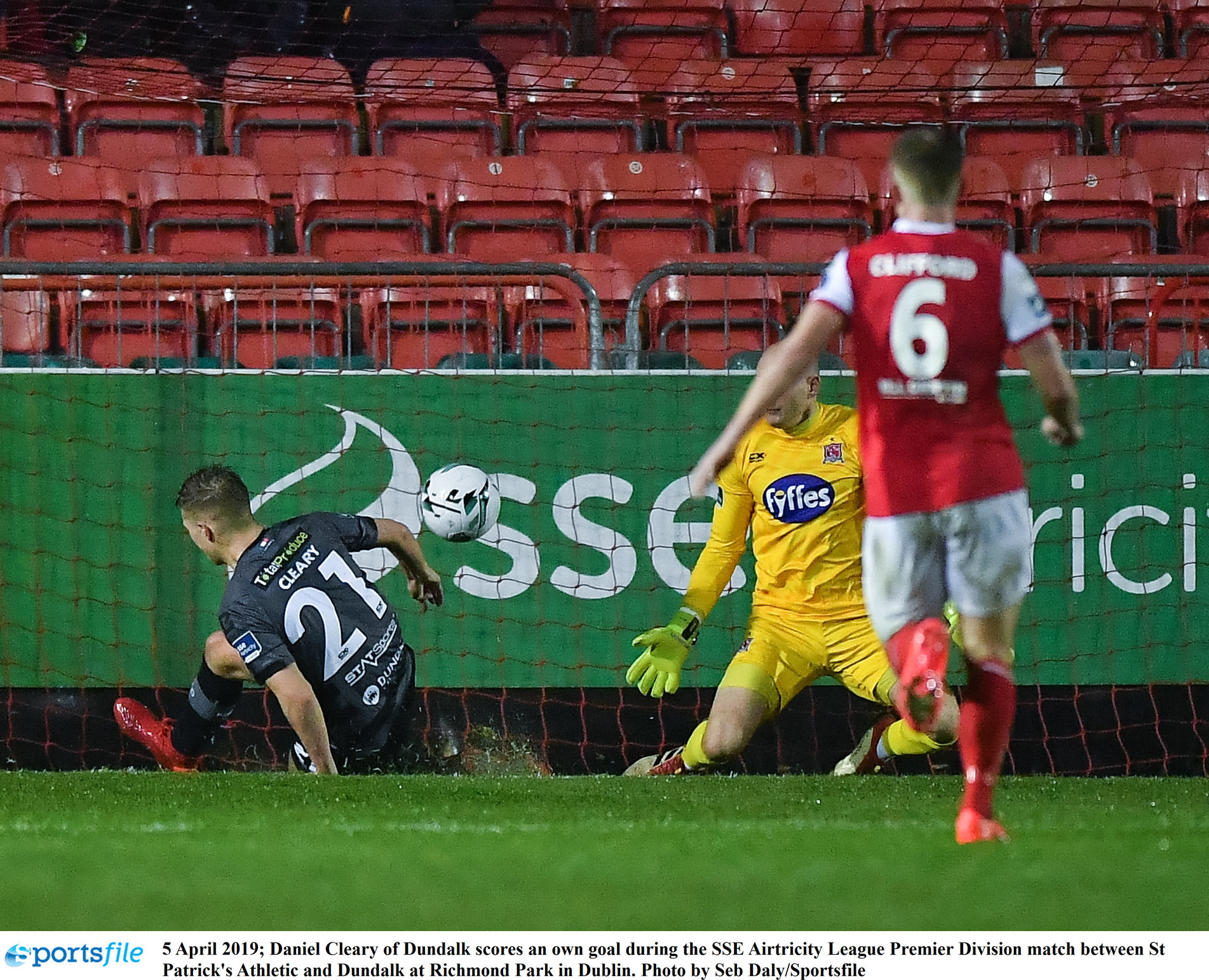 Before the midway point of the half, Dundalk threatened once more with Jamie McGrath, Kelly and then Dane Massey picking up possession in dangerous areas. It ended with Duffy driving a low 20-yard shot that Clarke held well.

The home side soon found a foothold in the game and, with six minutes to the break, defender Simon Madden hung up a cross for Clifford to connect with but his overhead-kick harmlessly cleared the crossbar.

The teams looked set to go in scoreless at the interval, but in the first minute of injury-time, Dundalk were behind when McCabe’s low cross from the left was turned into his own net by Cleary.

Perth’s players showed little spark at the start of the second half, prompting the head coach to introduce Jordan Flores in place of Kelly before the hour-mark. As Flores slotted into midfield, McGrath moved to the right wing.

On 67 minutes, after Duffy’s cross was blocked behind, a frustrated Cleary had appeals for a penalty waved away following the corner.

Six minutes later, St. Pat’s had an opportunity to put the game to bed when Forrester found himself well-placed, but the effort was tame and comfortable for Rogers. Clifford then fired wide from outside the area.

John Mountney was thrown on in place of Brian Gartland, as Patrick Hoban took over the captain’s armband.

On 82 minutes, Dundalk almost had an equaliser out of nowhere when the ball dropped invitingly for Murray on the right angle of the box and his dipping shot went agonisingly wide of the far top corner.

Substitute Georgie Kelly called for a late penalty as Dundalk became desperate. St. Pat’s put in Cían Coleman to help close out the game, and - despite attempts from Murray, Kelly, and Hoban right at the death - the hosts did just that.