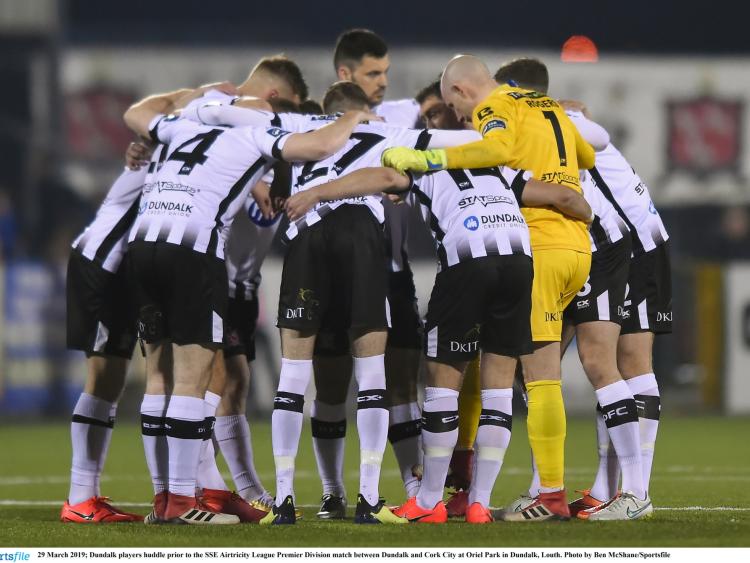 Brian Gartland does not care about Shamrock Rovers’ early-season advantage at the head of the SSE Airtricity League Premier Division, with the Dundalk FC captain insisting his team will be champions if they do their talking on the pitch.

On the same night, Dundalk kept up their momentum with a third straight win – coupled with a fourth consecutive clean sheet – as they deservedly saw off Cork City at Oriel Park.

The Lilywhites are the only unbeaten outfit left in the league, and afterwards, Gartland was in no mood for discussing the current leaders, who last year finished 25 points adrift.

The skipper said: “To be honest – I don’t care. We look after ourselves. They can do what they want. Cork aren’t out of it, and we aren’t out of it. We have two games in hand. Rovers got a couple of Harps games moved forward and it obviously paid off for them.

“We don’t worry about other teams. We say it every year. We look after ourselves, and at the end of the year, if you look after yourself and you get your results, you’ll be there. We’ll be champions. But if we’re not, we haven’t done enough.”

Put to him that Rovers would be much closer this time around, the centre-half repeated: “Like I said, I don’t want to talk about them. I don’t talk about other teams. We look after ourselves. That’s it.”