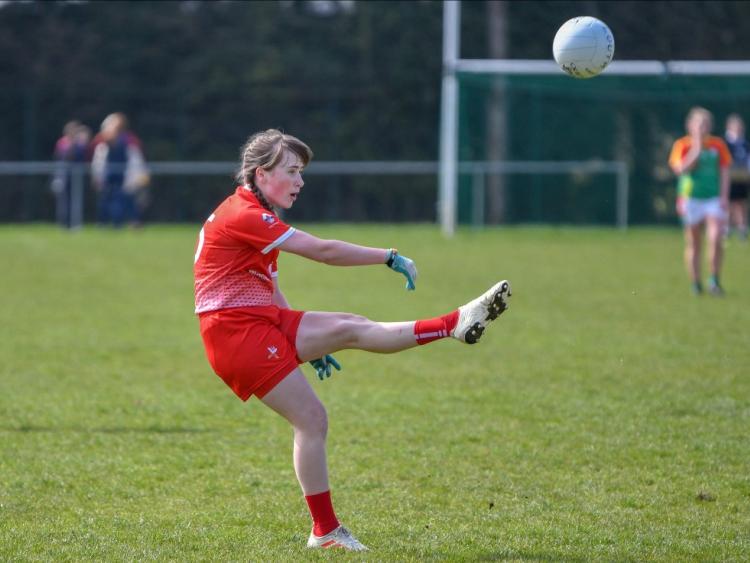 Louth moved top of Division Four on score difference after this comprehensive victory over Carlow in Swords on Sunday afternoon.

After an even first half, which saw the sides level, Louth really clicked into gear, outscoring Carlow 2-10 to 1-1. The Reds now only need a point from their remaining fixtures against Derry and Fermanagh to ensure a place in the league semi-finals.

“The five week lay-off hasn’t impacted our preparation and training has been quite intense.

“Derry next week will again be a tough test, but that's what you want. We want to be pushed and tested to be made into a better team. Division Four is extremely tight and after the results next week the top four teams at the top could be different.

“It’s our job to make sure we are one of those to be in the semi-finals.”

Carlow opened on the front foot and raced into an early two-point lead with Cliodhna Ni She and Lauren Dwyer both on target.

The Barrowsiders, who were showing no after effects from their first defeat a week earlier at the hands of Fermanagh, had a chance to go further ahead, but Niamh Ford shot wide when well placed.

Louth began to settle and following good play by Rebecca Carr the ball fell into the path of Kate Flood who saw her shot go narrowly wide. From the resultant kick-out, Lauren Boyle won possession and her inch perfect pass found Rebecca Carr who kicked Louth’s opening score in the seventh minute. Louth hit the next three points, with Flood and Boyle (2) all on target, but Carlow came back strongly with scores of their own courtesy from Ni She (2) and Dwyer, giving them a 0-5 to four cushion. 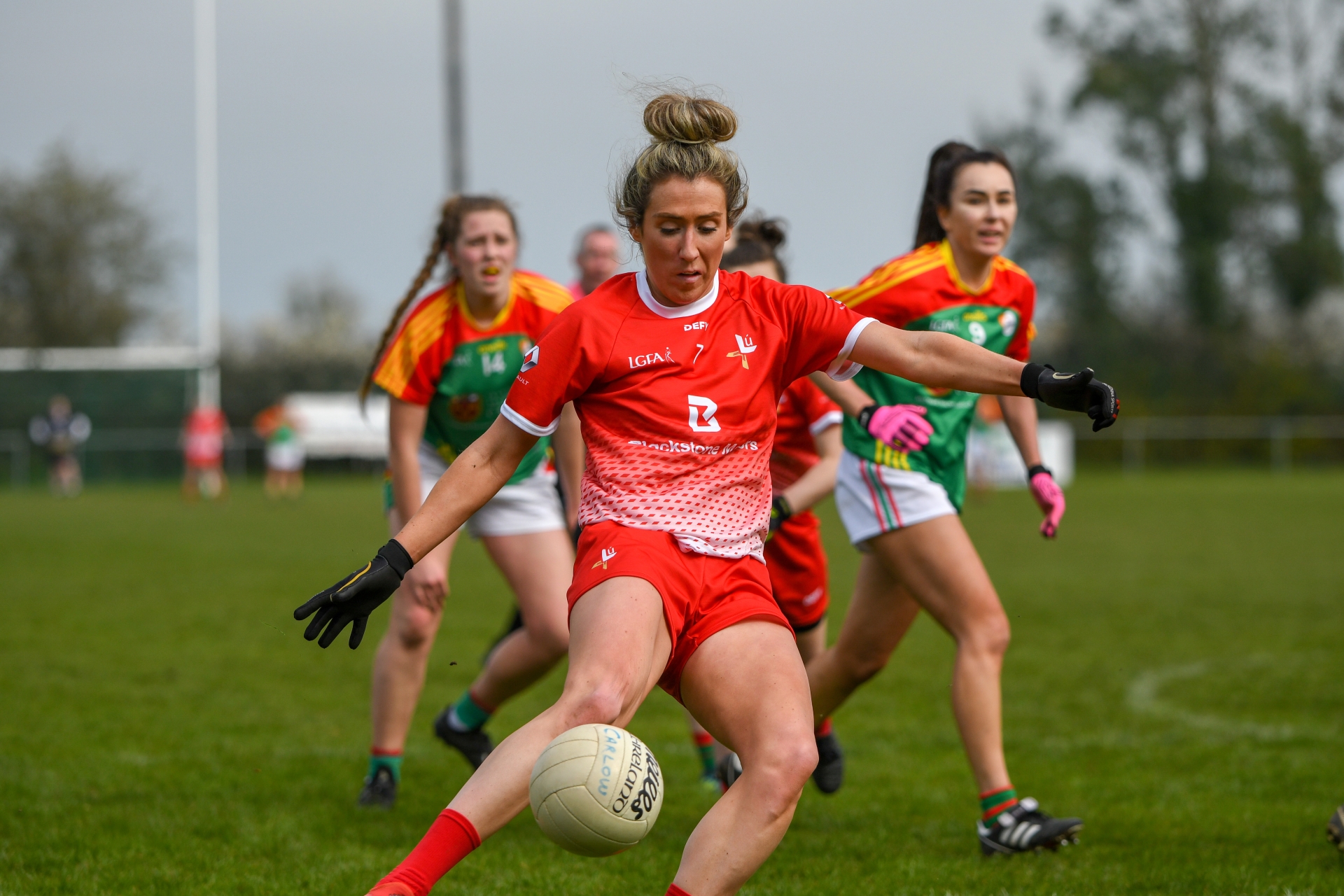 Boyle, with two pointed frees, put the Reds back in front only for Ni She to again bring the sides level. Further points from Flood and Tinryland star Ni She left the teams level, 0-7 each at the end of a competitive first half.

“We were very happy with the result today. The first half was tough as both teams weren’t willing to give up an inch.

“Playing against a strong breeze I felt we carried the ball well, but could have finished with a few more scores. I was happy enough going in level at half-time as I knew Carlow are a team that has caused serious problems for different teams in this season’s league campaign.”

Louth, now with the aid of a strong breeze, received a major boost within two minutes of the restart when Rebecca Carr intercepted a pass and raced through the Carlow defence to slot confidently past ’keeper Nicole Hanley.

Michelle McMahon added a point before midfielder Eimear Byrne took a pass from Jennifer McGuinness and unleashed a terrific shot from 25 metres which nestled in the Carlow net.

With Carlow struggling to get a foothold, Louth extended their lead to 2-12 to 0-7, with Boyle (3) and a well-taken point from Carr by the 40th minute.

The game was now over as a contest and the Louth management duly took the opportunity to give valuable game time to some of the fringe players. In a good Louth showing Sarah Quinn, Deirbhile Osborne and Eilis Hand did well in defence, while Michelle McMahon and Eimear Byrne formed a strong partnership at midfield. Up front Kate Flood, Lauren Boyle and Rebecca Carr were a constant threat.

“The second half was a better performance, our girls appeared more relaxed and picked off their scores.

“It was a great opportunity to give more members of our panel a chance to showcase what they are capable of.

“We did get a few lucky breaks and I’m glad we did as Carlow would have been very hard to shake off the longer the match went on.”