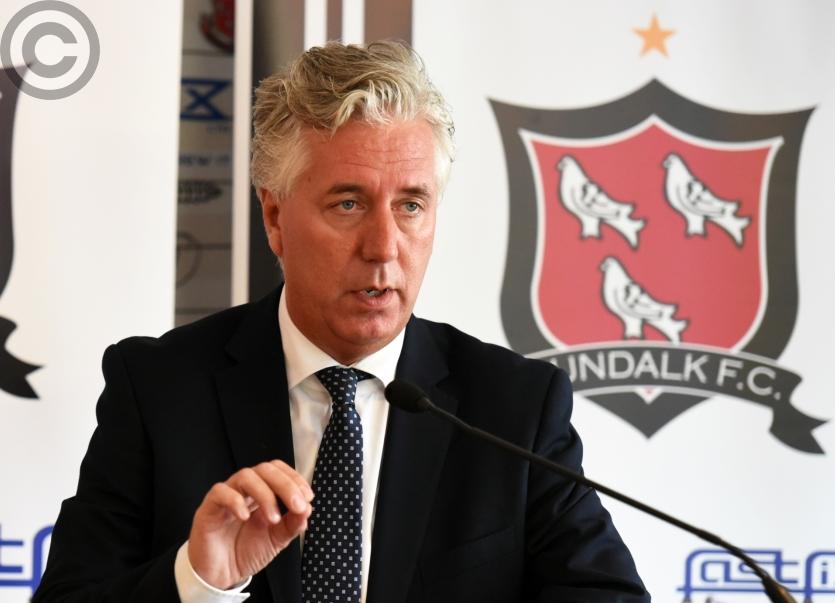 Under-fire former FAI CEO John Delaney has received the backing of the North East Football League amid turmoil at the top of Irish football.

A statement, issued by NEFL secretary Gerry Gorman, was released on Thursday night and follows a stand of support from the four provincial soccer associations and the FAI junior council earlier in the day.

Delaney stepped down from his role - becoming the FAI’s new executive vice-chairman - last weekend after revelations relating to a loan the Waterford native issued his employers with in 2017 surfaced in The Sunday Times.

Calls were subsequently made for Delaney to resign, with an Oireachtas hearing set for next month, and some supporters protested by throwing tennis balls onto the pitch during Tuesday night’s Euro 2020 qualifier victory over Georgia - behaviour the FAI have subsequently been charged for.

In a joint-statement issued, the associations of Ulster, Munster, Leinster and Connacht, and the FAI junior council argued “that all strands of the game have never been closer and working so well together”, and highlight a number of areas which they feel Delaney has positively influenced since taking up office in 2005.

Sentiments which the NEFL appear to echo.

Their statement read: “With regards to endorsing our support for the former FAI Chief Executive Officer  John Delaney. The North East Football League would like to pledge our association, and approval of the recent Press Release which was compiled by the four provincial associations, and the junior Committee of the FAI.

“The lengthy statement went on to outline the major transformation of the FAI under his  fourteen year leadership, and the collective appreciation displayed in this manner for those great efforts (way beyond the call of duty in a lot of cases) on all our behalf at grassroots level, coming at a time when a relentless imbalanced negative campaign has been orchestrated by sections of the media, who in some instances quite bizarrely gave a prominent feature to approx. 30 or so misguided individuals who during their attendance at the recent home tie v Georgia tried to disrupt proceedings by throwing Tennis Balls on to the pitch. They represented less than .001 pre (sic) cent of the overall crowd making a statement that could be described as moronic, and despite the vast majority of fair minded people would formulate views to the contrary it still received massive disproportionate exposure.

“While we are of the belief free speech should always be afforded respect. The above matter is a prime example of the modern driven method of glorifying idiocy if those with the means to do so wish to push a one tracked agenda.

“Again we endorse all of the matters featured by our colleagues in Football from the Associations of Leinster, Munster, Connaught, Ulster, and the FAI Junior Committee. We also make reference to the recent scrutiny heaped upon John by some Government Ministers. I would earnestly request they should approach their line of investigation, and couple it with the same degree of observation on the achievements outlined by the press release refereed (sic) to with two further items that come to mind that quite simply would not have happened for this Country, but for John’s input. The Draws for the European Championship held in Dublin last December in itself the week long festival of events was worth over 20 Million Euros to our economy, not to mention the great goodwill that was generated with a top class hosting. We must not forget the Aviva Stadium hosting the Europa League final in 2011. A fantastic honour that we dared not even dream of from years past.

“While as a Nation we are famous for embracing and displaying our appreciation for our heroes. A minority of our citizens can sometimes do the opposite with unsubstantiated means that can be potentially damaging to a person’s credibility. In this instance lets show the minority how wrong they are with their views, and unscrupulous methods,” the statement concluded.