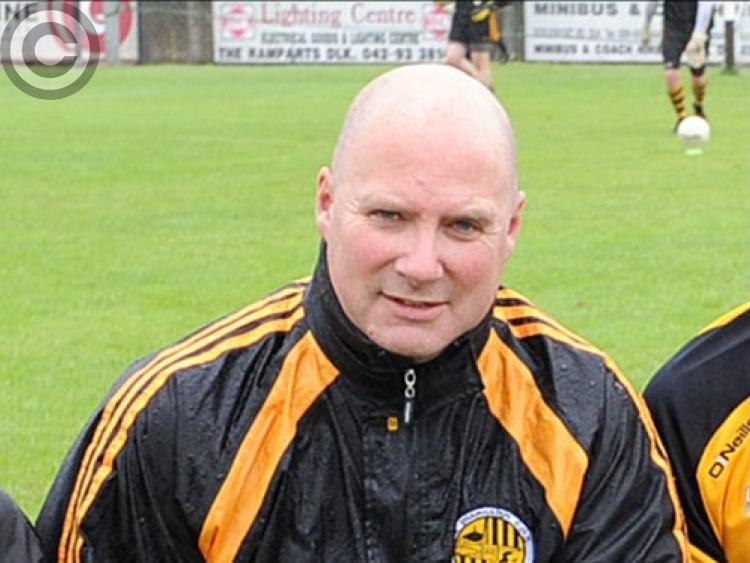 Mourneman Murray is no subscriber to sentiment. (Pic: Arthur Kinahan)

Having stood in the Down camp for last year’s league meeting of Sunday’s opponents, Mourne-native Cathal Murray will do exactly the opposite this weekend, hoping, on a rare occasion, that his fellow countymen are on the losing side of a result.

A former Down player, and selector to Eamonn Burns for the two seasons past, Murray, who teaches at Newry’s St. Colman’s College, will be behind enemy lines at Páirc Esler, seeking to plot the downfall of Paddy Tally’s charges.

The Clonduff clubman joined Wayne Kierans’ management team ahead of his first campaign at the helm and immediately looked for the league fixture with Down, which just so happened to be teed up for the final weekend.

“I won’t say that I’m particularly looking forward to it,” Murray told The Democrat, while breaking into a gentle giggle.

“Having been involved with Eamonn there for the last two years, it’s a tough one, but I’m with Louth now and there is no room for sentiment, you can’t be looking back.”

Ultimately, with two league points at stake, a prize-pair which will sway the destiny of whoever manages to amass them in an upward fashion, it’s not a time for mawkishness.

“It being the last game, there is obviously going to be a bit of pressure in relation to both of us having a lot to play for.

“From my own playing days and having worn the red and black for so long, it’s just a matter of being professional about the thing. I’ve to do a job with Louth and we’ve been doing the business to a fair degree in the games recently.

“There has been a big turnaround from the first game, against Longford, in particular.”

Introduced to Kierans by Ciarán Marks, another backroom team member, Murray feels the pair work well in tandem, each having philosophies of the offensive variety.

Leaving Down, to coach elsewhere, was always something that interested him - although he did ponder making an approach to succeed Burns before Tally’s appointment - and the freshness of the Louth challenge has brought upon him great pleasure.

“The move, it seems to be paying dividends,” Murray observes, alluding to their record of three wins from five.

Class- and staff-room banter is nothing out of the ordinary, given the blend of people from either side of the Clanrye at St. Colman’s, the Violet Hill school catering for both Down and Armagh fairly equally. So he’s well conditioned for the week ahead, and the inevitable ‘slagging’.

Murray is hopeful that he can share an insight into the Down team in Louth training, without overstating its potential for triggering an away victory. The emphasis, since the new regime took charge, has changed for the men in red and black, after all.

“Knowing the individuals, it will help us to some degree, but having watched Down play a number of times this year already, their style of play has changed considerably.

“Paddy, obviously, has invested a lot of time in a more defensive structure and set-up.

“While the individuals may be there, the way they’re playing is different to the way Eamonn and I would have set things up for the last couple of years.

“I’ve a lot of time for so many of those guys and they’ve put so much into Down football. Knowing them will give us a wee bit of an upperhand, and hopefully what I give will help the (Louth) players, but once they cross that white line they’re on their own.”