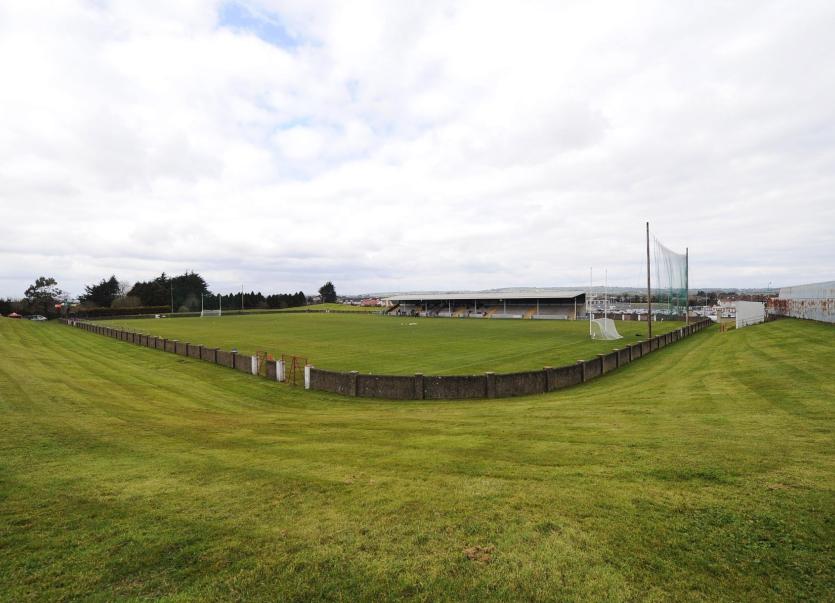 Drogheda's Gaelic Grounds again proved over the weekend that it's not fit for purpose. (Pic: Arthur Kinahan)

To land the blame on one individual or collective body for Saturday’s call-off fiasco in Drogheda would be as futile as it would be unfair, because the general feeling is one of absolute frustration.

Not only does it compromise the fixture list and the GAA’s ability to ringfence the month of April for clubs only, but it damages the integrity of the Division Three final, given that, in all likelihood, it will now be a standalone affair played away from Croke Park.

It hardly comes as a surprise that the Gaelic Grounds failed a pitch inspection. While some Saturday morning observers of the Boyneside venue felt it, aesthetically, at least, was playable and in no worse a condition than found for the Sligo match, a brief experiment by referee Cormac Reilly determined otherwise. The ball simply wouldn’t rebound off the turf, leaving the whistler with no option but to enforce a postponement.

Attempts to have the match played elsewhere also failed. Automatically, in such circumstances, we find ourselves proposing various venues which could have entertained an encounter that was unlikely to attract many more than 1,000 spectators.
Ardee, Dunleer, Dowdallshill and Castlebellingham, none able to stage the fixture for a variety of reasons. Darver was the nuclear option, and one which, ultimately, had to be explored, but safety concerns did away with the notion of it playing host. And wisely so, if we’re being realistic, Darver isn’t capable of being anything beyond a training complex.

While mindful of the tricky position the County Board are in regarding a ground for Louth’s home matches, the question must be asked: Was there any sort of contingency planning conducted before delegating all matches to Drogheda, a venue which, let’s not forget, has been a let down in the past?

SPRING SNOW
Last spring, when the region was subject to heavy snowfall, the league match with Meath fell victim of the weather and attempts at having it replayed the next day, Bank Holiday Monday, were met with such opposition, including GPA intervention, that common sense prevailed. Ultimately, the north-east derby went ahead on the following Saturday week, which forced the delay of the club leagues - a pattern which is almost certain to repeat itself.

The situation as it currently stands, ahead of tomorrow night's CCC meeting, has Louth playing their round seven match versus Down in Newry on Sunday and the all-county leagues getting underway on Friday week, with matches sprinkled across the subsequent weekend.

Of course, these openers were subject to Wayne Kierans’ men failing to gain promotion and reach the league final, which had been pencilled in for Saturday, March 30.

But, worse than last year’s unfolding, the Westmeath debacle could even see club players waiting a fortnight longer than anticipated for their season to get meaningfully underway, the weekend of April 12-14, provided Louth earn an immediate return to Division Two. This, a situation which retracts further credence from the fixture makers who spread the belief that starting the inter-county season in early December was a way in which to prevent such hold-ups. Merely, it’s been a case of beginning earlier with no knock-on benefits.

GLOBAL WARMING
No-one can account for unseasonal weather conditions, unless, needless to say, you’re one of the Healy-Raes or believe everything Sammy Wilson utters. In that case, God should be hauled before Croke Park’s disciplinary committee for bringing the game into disrepute, by failing to comply with the organisation’s ‘bullet-proof’ calendar. For the rest of us, pressing the pause button on global warming isn’t an option.

However, it must be asked if anything was learned from last year, or will there be lessons taken from this, for it’s the second week in a row that the GAA have been forced to rejig fixture plans. Division One of the hurling league is already behind and now one of the football grades has patterned similarly.

On a more local scale, Louth has again found itself as a national laughing stock. Not only does every other county on the island have an adequate playing facility, but the majority have multiple, ready and waiting should the need for them to arise.

The rather optimistic target of a June 2020 opening for the county’s new stadium development in Dundalk, at the moment, anyway, simply can’t come soon enough.

While this weekend’s events could well hamper the Reds’ promotion bid and is likely to cause some unrest on the club scene, it has, at the minimum, given us one realisation: The DkIT venture simply cannot fail.