'They may have a defibrillator on standby...' - Inniskeen's Daniel McGahon has a charge running in today's Cheltenham opener 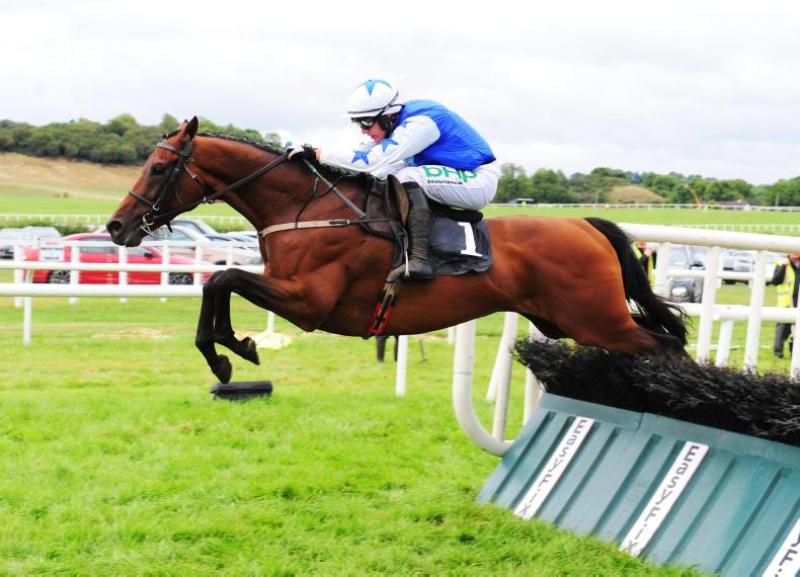 Paul Townend and Aramon will attempt to win today's opener at the Cheltenham Festival.

Part of the Supreme Racing syndicate who purchased the German-bred six-year-old last May, the 24-year-old is in Cheltenham hoping that his 16/1 charge can triumph in the first of today’s races, the Supreme Novices’ Hurdle, which gets underway at 1:30pm.

Paul Townend will be on board as Aramon attempts to gain revenge on stable-mate Klassical Dream for last month’s narrow defeat at Leopardstown, while Nigel Twiston-Davies’ Betfair Hurdle winner, Al Dancer, will go off as one of the race favourites.

Nevertheless, McGahon insists the horse he part-owns, who won the syndicate their first grade one title, has a chance and is certainly a contender to place.

“We have a chance,” he told The Democrat.

“You take it by the horn and hopefully something might come out of it, but I’ll be happy with second, third, fourth or fifth.

“Its first race (for the syndicate) was a week after Galway last year at Kilbeggan and the most memorable win was Leopardstown at Christmas. It was just amazing; a massive achievement.

“This is going to be a great race and I’m looking forward to it, but you’re up against some top-class horses from England as well as Ireland.”

McGahon has travelled with Michael McConnell, whose brothers, Seán and Brendan, are also involved. While, on arrival, they’ll meet up with another of the horse’s connection, Pauric Rath.

It’ll be Daniel’s first time at Cheltenham and while there is vested interest, he regards it as another sporting event to mark down as ‘attended’ on his bucket list, following the All-Ireland final and last year’s FA Cup final, which he went along to in support of Chelsea, the club whose Dundalk supporters’ club he is chairman of.

He has met Mullins on a couple of occasions at races, but never at the trainer’s Bagenalstown base, something which he hopes to do later this year, especially if Aramon’s upward curve persists.

Asked what he is looking forward to most this week, McGahon says: “I’d be happy just to get through the gate and experience the atmosphere.

“I’d love to be there for the roar. But it’s all just going to be great, if you said to me this time last year that I’m going to be in Cheltenham watching a horse I’ve a share in, I’d have told you: ‘you have your sh**e’.

“I’m really looking forward to it, but I’d say it’ll not be until Monday (last) night that it’ll kick in and feel like ‘this is actually happening’.”

He credits his father, John, and uncle, Eamonn (McMahon), for beginning his interest in racing and name-checks Tommy Flanagan, Liam Smyth and Peter Gilsenan - the latter of whom also has a share in today’s chance - as others who he has enjoyed meetings with.

They’ll all be due a pint if Aramon prevails, but then that’ll depend on what state Daniel is in. How would he react if, coming up the hill, Townend and charge are among the frontrunners, or even clear of the field?

“They may have a defibrillator on standby,” he chuckles.