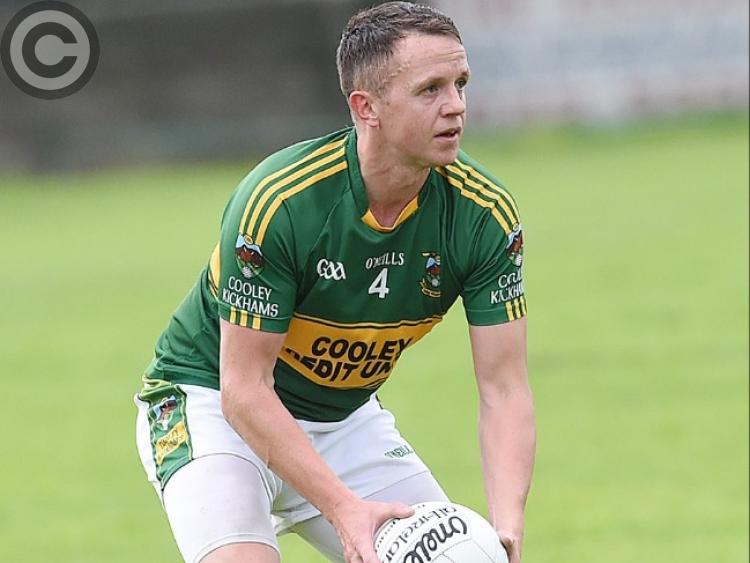 Cooley Kickhams advanced to the semi-finals of the Paddy Sheelan Cup when they had 10 points to spare over O’Connell’s at a cold, windy and wet Darver on Sunday morning.

In a game where you could not tell who had the wind advantage the men from the peninsula started better and landed the first three points from James O’Reilly, Emmet Rogan and Michael Carron.

O’Connell’s got their first and only score of the half - a point from Paul McKeever - while they had plenty of other chances, but just did not take them. Cooley, on the other hand, kept working the ball down the field and added another four points before half-time from Aoghain McGuinness, Michael Rafferty and a brace from Rogan to leave the score at the break, 0-7 to 0-1.

Fearghal Malone got the first point of the second half and that was quickly followed by another one from Rogan for his fourth of the game to increase the lead to eight points.

However, the Bellingham side hit back with the next two scores a point from Robert Quigley and a long ball in from Dean Stanfield was punched to the net by full-forward Seán Connolly.

Kickhams replied with the next two points from McGuinness and Carron before Quigley pulled one back for O’Connell’s to leave the score 0-11 to 1-3 after 45 minutes. McGuinness increased the margin to six with a point and they all but wrapped up the result when O’Reilly found James Loughran and his shot took a deflection into the corner of the net.

The sides shared the next two points from Rafferty and McKeever, and substitute Patrick Sheelan got the last point of the game to book a place in the semi-final for Cooley where they will face the Dreadnots.