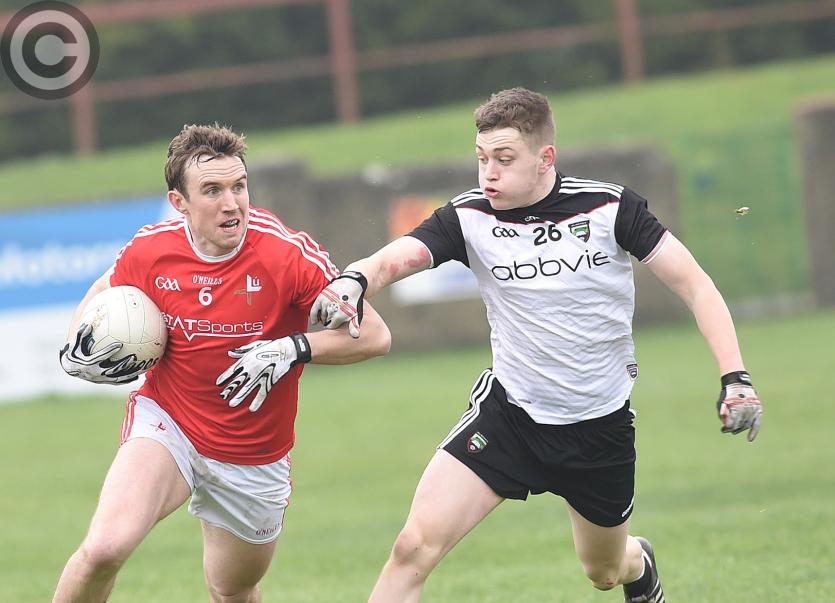 Bevan Duffy isn’t one to indulge in stock answers. Rather, the St. Fechin’s man’s every utterance is considered and generally accurate, his summary of Sunday’s victory over Sligo included: “It was a very well-rounded, sharp and clinical performance."

Courtesy of the 15-point victory, Louth sit top of Division Three, a position which isn’t flattering on this evidence, their third win on the trot. The 5-16 return came from just 26 shots at the target, underlining the growing confidence in their play.

Sam Mulroy is the epitome of this new-found conviction, the Naomh Máirtín forward adding 1-5 to his tally of 0-6 in Offaly and 2-1 versus Laois. Likewise, Eoghan Duffy’s form cannot be undervalued. For the fourth consecutive outing, he was introduced and, again, added quite considerably to a slick attack, which has now fired 10 goals in three games, two of which were dispatched by captain Bevan’s brother here.

Sligo were rudderless, a brief early spurt - which had them 0-6 to three in front - apart. Liam Gaughan and Niall Murphy struck their scores in majority, but they hadn’t anything like Louth’s ruthless touch.

Despite opposing the breeze which whirled from the hospital end, the Reds hit three goals in a devastating eight-minute spell, Eoghan Duffy bagging the first and Jim McEneaney - two enforced substitutes - the third, either side of Mulroy’s conversion of a penalty on 27 minutes.

It contributed to a 3-8 to 0-8 interval lead, half of the points tally coming from the right boot of Mulroy. Given the sluggish early spell, selector Liam Kelleher admitted the gap was incredibly satisfying.

“I would have felt that we didn’t take chances early in the match,” he said.

“In the first 10 or 15 minutes we squandered opportunities and on other occasions didn’t bother taking the shot, which is unusual because we’ve got some very talented forwards.

“There was probably a bit of nervousness. We haven’t won here in a while and that plays on the players’ minds, even though it shouldn’t.

“But once we settled, I thought it was a different team; a few quicker passes and the finishing was top drawer; a really brilliant performance.”

Close to the finish, a young member of the Louth following supposed that this victory, which moves the Wee County on to six points, has them in safe territory. It’s hard to argue with that expression. Getting to the safety mark relieves any lingering anxiousness in terms of the possibility of demotion.

But motivation, for Louth’s skipper anyhow, came in a different form. In the relegation campaign of 2015, Sligo signalled the beginning of the end in a round four mauling, of all of 17 points. Fate had the teams opposing at the same stage four years on.

“A few years ago, in a similar situation, we went into a game against Sligo - the fourth league game, we were after winning two out of three - and got absolutely hockeyed. That was sort of in the back of our minds and we spoke about it during the week.

“We were up by eight or nine points and spoke about being ruthless and putting the game to bed in the first 10 minutes of the second half; not letting them bring the gap back in.”

And they were ruthless in the extreme, hitting the net twice in the first six minutes of the second period, Declan Byrne flicking Mulroy’s sideline kick past Aidan Devaney shortly before Duffy registered his second major of the afternoon.

From there to the finish, the game was played at a leisurely pace, with the hosts still seeming to score that bit easier. Sligo’s ability to register increased upon Adrian Marren’s introduction, though their rate remained on par with Louth’s, who had Ross Nally (2), Mulroy and Tommy Durnin on target approaching the close.

With manager Wayne Kierans and Conor Early, a red card receiver in Offaly, having a watching brief through suspension, it was worth noting that Louth finished with 15 players for the first time at the fourth attempt.

But, in performing so convincingly at the Gaelic Grounds, home turf which hasn’t always been tailored to align with Louth’s style of play, Kelleher felt his charges proved a point.

“We’ve spoken about (the idea) that Louth don’t play well in Drogheda, and eradicated it. The pitch was in perfect condition today and this time of the year, most county grounds are a bit heavy. Tullamore two weeks ago, normally a very fine pitch, was quite boggy.

“I don’t think anyone could give out about Drogheda today. I think it was perfect.”