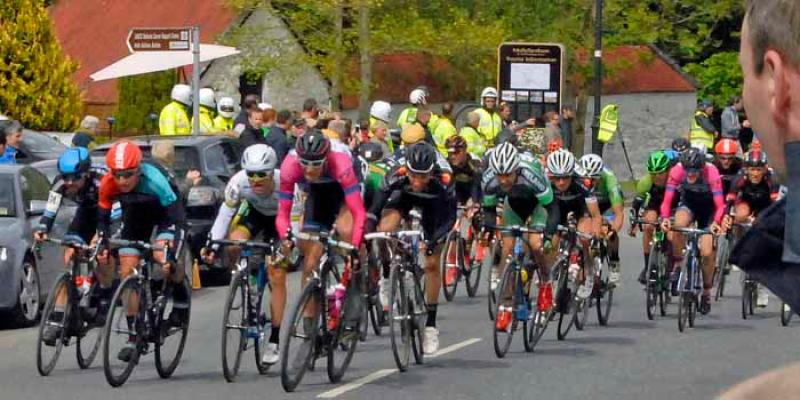 Back in the day before there were iPhones, websites and even computers, and only two or three houses in your average terrace had a television aerial attached to their chimneys, four major sports events stood out, at least in our house they did. There was the All-Ireland football final, the Aintree Grand National, the FAI Cup final and the Rás Tailteann.

The Irish Press was scanned for previews and reports, and Radio Éireann brought us commentaries from Croke Park and Dalymount. Micheál Ó Hehir and Philip Greene were in their pomp, and the BBC Radio’s Peter Bromley told if our fancies had made it over Beecher’s Brook.

The National and All-Ireland and Cup finals are still with us, with television cameras here, there and everywhere bringing us every detail in the most glorious colour.

But the ‘Truth in the News’ is not - it may have the Rás Tailteann as a permanent companion on the sidelines.

Last week’s reports told us that the country’s biggest bicycle race – first run in 1953 - wouldn’t feature on this year’s calendar, due to the organisers’ failure to attract a sponsor. The amount of money that couldn’t be found? Less than one of English soccer’s biggest names is set to earn - in a week.

By coincidence, I met Cyril Rooney just hours after I’d read about the Rás and we chatted. We were united in our disappointment, but only for a while. As you might expect, we soon began to reminisce.

Cyril, I should explain, is a former cyclist and has probably forgotten more about the game than I could ever know. But my memory bank was full enough to have been able to reel off a few names from the Rás in its heyday, and talk about the two big local races, the Traders’ Cup and the Macardles’ Trophy, each of them decided over the Dundalk-Knockbridge circuit.

I could also give honourable mention to Nicky McArdle, who had no peers at the Athletic Grounds and other grass tracks throughout the country.

Cyril rode in the Rás seven times, wearing the Louth red-and-white most times, and the same colours when he affiliated with Derry. His sojourn with the Oak Leaf saw him collect the provincial medal as Ulster’s top finisher, and his best overall placing was 34th from a field of 96.

We touched on the names of others from around these parts – Jack Murphy, fourth overall in 1972 and the most experienced of Louthmen with nine appearances; Mick Grimes, the only one from this county to win a stage, albeit with Sligo; Paddy Neary, third overall in 1962; Kevin Dolan, who rode for Ireland, and Dunleer’s Noel McGuill, tragically killed while competing in the 1972 renewal.

There’s a bigger story than this one to be told about the Rás, and maybe we’ll get back to Cyril to tell it. In the meantime, let’s hope the committee are successful enough in their endeavours to get the Rás on the schedule.