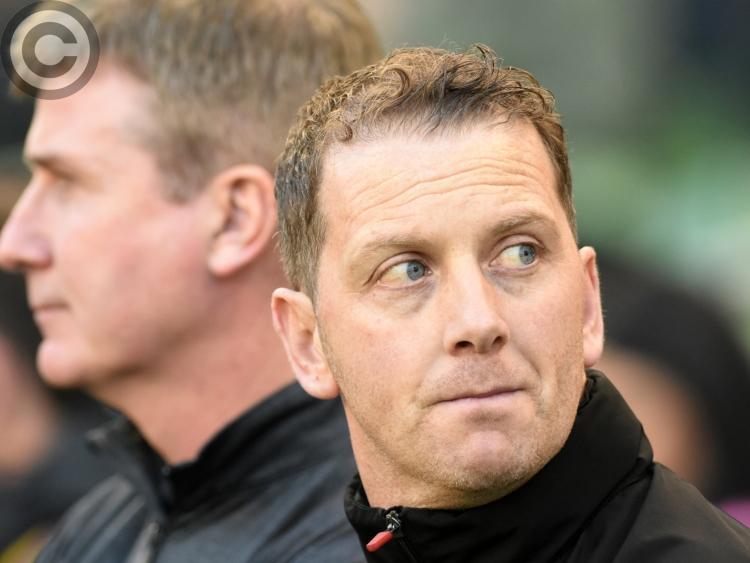 Vinny Perth is to be named Dundalk FC's head coach this week amidst other changes at the club. (Pic: Ciarán Culligan)

Vinny Perth is set to be named as Dundalk FC head coach, with John Gill as first-team coach, this week ahead of the players’ return for official pre-season training on Saturday.

An announcement is expected towards the end of the week, and there could be more news regarding the off-field structure of the club.

It is believed Oriel Park chiefs have identified a new ‘head of recruitment’ to work alongside Perth, Gill and Rúaidhrí Higgins, who is to step into a coaching position, leaving his previous ‘opposition analyst’ post open for appointment.

Regarding the playing staff, former St. Patrick’s Athletic star Chris Forrester has been linked with a move to the champions.

Having starred for Peterborough after signing in 2015, his career hasn’t progressed as hoped. He is currently with Aberdeen in the Scottish Premiership, but playing openings have been scarce this season. The Dubliner is only six months into a three-year deal, though, meaning a fee could be commanded for his release.

Some of this finance could come from Dylan Connolly’s departure. Dundalk are set to recoup much of the €35,000 they paid Bray Wanderers for his services 18 months ago with League One Wimbledon willing to sign the winger.