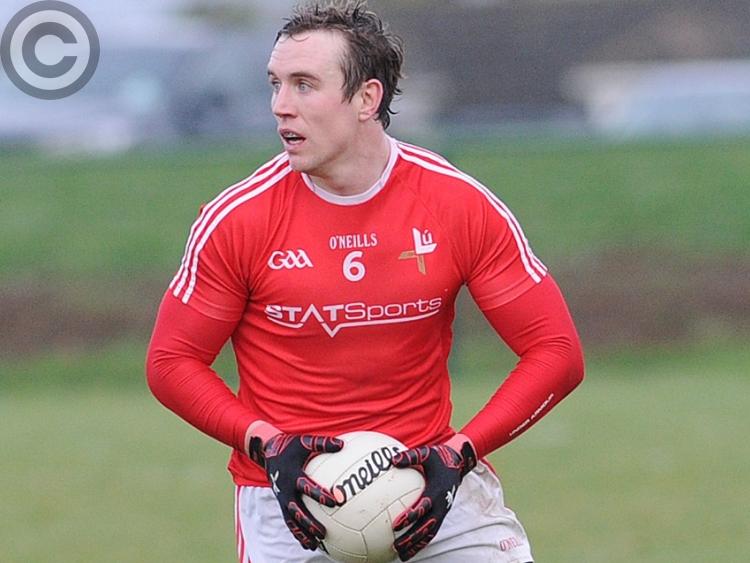 Louth displayed a cocktail of ruthlessness and efficiency in securing their first victory under Wayne Kierans, but the impressiveness of their performance on Saturday afternoon must clearly be viewed through a lens of realism. Wicklow were deplorably poor.

Still, any of the brave souls in Darver a fortnight ago would have felt equally as pessimistic about the Wee County’s hopes for the year ahead and as Kierans was eager to establish post-match, there is a happy medium between the conflicting emotional responses to the respective outings against Wexford and Wicklow.

Put simply, the opposition to date will ply their trade out of Division Four, so, theoretically, Louth’s yardstick comes in the form of next Saturday’s hosts, Longford, whom they also face in the league opener at the end of the month.

Both recent form and duels suggest the Midlanders will use home advantage to their benefit, but should the Reds put on a display as confident as the one in Bray, there should be no reason why they won’t be playing a knockout tie on the weekend after next.

An outcome Kierans is eager to achieve.

“We’ll definitely be going to win and if we produce another performance like that, with 15 men this time, we’d have a very good chance of winning the game,” he said.

“That will give you another competitive game in the O’Byrne Cup and stops the need for organising challenge matches as the panel gets stronger, which it is, training session by training session.

“There is Ciarán Downey, today, getting his first minutes of the season and was excellent, Fergal Donohoe and a couple of others to come back still, and a few guys out ill today.

“The panel is getting stronger and when it comes to the crunch towards the middle-to-end of January and 26 has to be picked for a matchday, the guys will have to be busting a gut to make the 26 never mind the 15.”

POSITIVE
The result and team display aside, most encouraging about the win were the individual efforts of John Clutterbuck and James Craven who, while not tested defensively, offered precision with their surges forward from deep. Oliver Plunketts’ Conor Earley was a strong performer at midfield, while Ryan Burns produced a competent three-quarters in attack.

Others did well, too. Declan Byrne and Downey were brace-scorers off the bench, though the intensity had well died by that stage in a game which increasingly resembled that of a challenge encounter.

Andy McDonnell was red carded after just 13 minutes for an off the ball incident. His absence made little impact on Louth’s charge, but the manner of his dismissal clearly irked Kierans, who felt the reaction of the Wicklow reserves to his clash with Shane Mooney swayed the decision of referee James King.

“I genuinely didn’t see it, but there was a big reaction from the Wicklow bench.

“It was definitely a blow, but it’s a credit to the boys the way they put in such an intense, workmanlike performance at this stage of the year.

“The key was the performance,” he added, “that’s what we were looking for.

“We felt in the Meath challenge match that the performance was ok; we didn’t feel that way against Wexford, but today, and given the variables involved, that we went down to 14 men, you’d be even more pleased with the performance.”

POWERFUL
After a sluggish start, where Wicklow shot over the opening points, Burns and Craven levelled before a swashbuckling team move ended with Clutterbuck sliding the ball to the net.

10mins - Louth 1-2 Wicklow 0-2. Points from Ryan Burns and James Craven preceded a cracking goal from John Clutterbuck, after Wicklow had got the opening points.

Thereafter, John Evans’ side became disjointed and their play erratic as Louth assumed control of every sector, pulling five points clear, even with a man less.

But Wicklow were given hope in the form of Gearóid Murphy’s goal. His incisive dart through the centre of Louth’s defence and neat finish was far too simplistic for Kierans’ liking.

“When we’re analysing the game, it’s one of the big things that I’d be really disappointed about and they had another chance like that, down the middle channel totally unopposed really.

“I wouldn’t have been pleased about that and we spoke about it at half-time.”

Helped by a spectacular point from captain Jim McEneaney, Louth held a two-point advantage at the break, but re-emerged intent on bagging their season’s maiden triumph, scoring seven out of the half’s opening eight points, including six in a row between the 41st and 58th minutes, Byrne’s double standing out.

The final four points were shared, but Louth’s seemed to come with more ease as Wicklow slogged their way to the finish.

LONGFORD
Longford are now firmly on the radar, doubly so with the Division Three meeting undoubtedly of more significance in four weeks’ time.

Nevertheless, there is no danger of Saturday’s game being taken lightly with regard to team selection.

“There is no benefit in going out and not having any heed in the game; not ‘showing your hand’ and being beaten. We’ll be trying to put in a really strong performance and trying to win the game.

“I wouldn’t be worried too much about ‘showing the hand’. It’ll be a totally different game in terms of what’s at stake by the time we meet in the league; the mentality will probably change.”

Finally, as throughout Pete McGrath’s reign, Bevan Duffy was chosen at centre-half in Bray.

And, while not naturally affiliated to the position, Kierans has indicated that he may be retained there as opposed to an advanced role in which he is more accustomed.

“He’s a very versatile guy, he’s so mobile, he’s so strong. Why I think he’s morphed into there is because he’s a leader and you want a leader in that position. Whereas the five and seven are constantly up and down the pitch, sometimes the six might sit.

“I would be happy to have Bevan Duffy at number one to 15 on my team because he is a leader.”