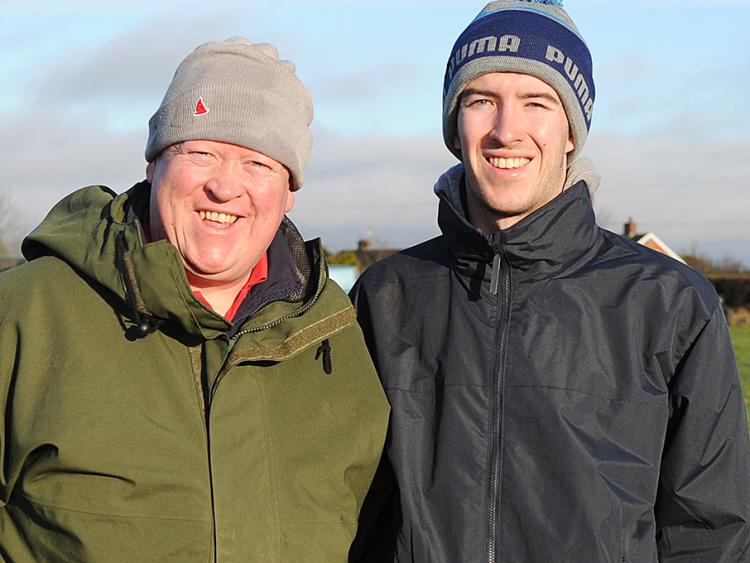 The Dundalk & Dowdallshill club joins forces with Balbriggan for this week’s coursing meeting taking place at The Commons, Dromiskin. And because it’s a joint promotion, the meeting will run for three days, beginning on St. Stephen’s Day.

It won’t be the first-ever extended meeting at the venue, but never before has The Commons, which has been the Dowdallshill & Dowdallshill running grounds since 1971, hosted another club.

The field for the long-established Corn Cuchullain will again number sixteen, having for many years catered for twice that number of runners; but as always, it will take some winning.

The opening day will be devoted to the hosts’ three major stakes, the Corn and the Derby and Oaks trial stakes. Balbriggan will have it to themselves on Thursday, and then on Friday the two clubs come together for finals day. In all there’ll be ten deciders, with the winners of the four trial stakes earning a ticket for the National Meeting at Clonmel.

Local owner, Danny Kerr, will be hoping his Hydepark Bingo again shows his liking for the Dromiskin stretch. Twelve months ago, Danny’s  brindled son of Coolavaney Bingo and Summer Skellig triumphed in the Derby trial stake, beating Comrade Cutlet in the decider.

Hydepark is going for the big one this time, and is expected to be still standing after the first day’s one run-down of the €1,500 feature. Another of last season’s Derby qualifiers, Boyneside Swift, trained in Mornington by Davy Reynolds, is in the top half of the draw, and should he make it to the semi-finals, he’ll come up against the winner of the Corn’s subsidiary competition, the Paddy Carroll Trophy.

This goes to the last surviving bitch, of which there are four this year, drawn together in the top quarter. The tracker, Vahsal Bay, is among the quartet, but it could be All The Lights, runner-up at Nenagh a few weeks ago, that advances to the semi-finals.

Newry trainer, Brendan Matthews, whose runners always command respect at this meeting, relies on City Expert, who was a recent finalist in an all-aged event at Lifford - while local owner/trainer, Michael Heeney, who won  the 2002 running of the Corn with Duke Of Hearts, puts his faith in Dream Of Spring, who is beginning to show his true form after a slow start to the season.

Dream Of Spring’s clash with Sheeragh’s Cutlet could be the highlight of the opening round.

The first brace goes to slips each day at 11.30. Mark Gorman will have charge of the slips for thee Dundalk segment of the programme, while Padraig Reynolds will be on duty for Balbriggan. All courses will be judged by John O’Connell.

The programme will carry a tribute to three coursing stalwarts who passed away since the 2017 meeting, Patsy Thornton, Malachy Begley and Kevin Clare. The latter, a local farmer, gave the club outstanding assistance and advice at the time of the switch from Dowdallshill to Dromiskin, while Malachy and Patsy (known to just everybody as “Thrasher”) were staunch club members over the years.

Both Patsy and Malachy excelled on other sportsfields, the former winning Louth championship medals with the famed Newtown Blues, having played with Geraldines in his native Haggardstown in the early part of his career. His father, Tommy, has been commemorated at the coursing meeting for years with the running of a stake in his name, and one of his brothers, Stephen, was club chairman for a number of years.

Malachy was an All-Ireland medal winner with Louth junior hurlers and won several club championships with Naomh Moninne. His family had a deep involvement in coursing and tracking, Failte Moko winning an Oaks trial stake at Dowdallshill in the early 1960s for his father, Michael, known wide and far as “The Flyer”. Dromintee Lady was one of Michael’s better-known trackers.