INTERVIEW | Dundalk FC's Daniel Kelly was selling insurance a few weeks ago, now he's signed for the biggest club in the land 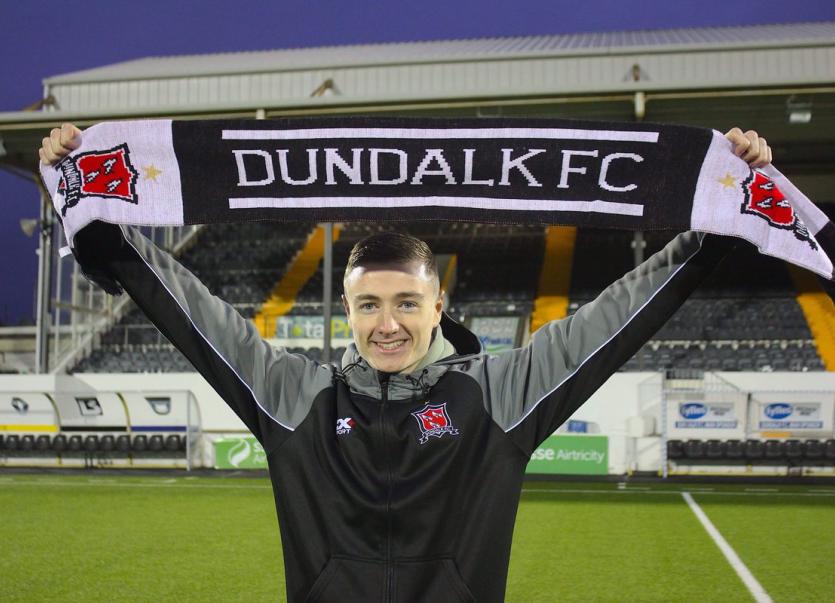 Dundalk FC's Daniel Kelly was selling insurance up until a few weeks ago. (Pic: Dundalk FC)

Whirlwind seems like the apt description for  Dundalk FC’s new signing, Daniel Kelly. Symptomatic of his character and personality, or not, his ‘gung-ho’ style on the pitch has translated itself into day-to-day life over the past year.

If you count his recent five-week spell at Bolton Wanderers, the champions are the fifth club the 22-year-old has held an association with in 2018 alone.

It is, of course, a coincidence that his League of Ireland debut came at Oriel Park, less than a month after signing for Bray Wanderers from the Leinster Senior League’s St. Patrick’s CY. The same can be said for his stint at Bohemians, with his second outing for the Gypsies coming at the place he now calls “home”.

Having developed, within just a matter of months, into one of the country’s hottest properties, the opportunity of joining English Championship Bolton arose. He was all set to sign on the dotted line and move his life across the water on a permanent basis.

Did I mention that he was selling insurance up until a few weeks ago?

“It’s crazy how quickly things can change,” he tells The Democrat.

He speaks well, confident with his delivery, as is the case when he has the ball on the right flank. Patrick Hoban’s mouth must be watering let alone the club’s supporters.

But prior to heading for Lancashire in November, he had given his boss at Bohs, Keith Long, his word that he would be back if it didn’t work out, when Stephen Kenny got in contact.

Nevertheless, not wanting to be left wondering what might have been, he took Wanderers for a test drive before his “homebird” instincts kicked in, preceding a call from Vinny Perth.

“Everything was nearly set (in Bolton), my head was set, I was moving over with my girlfriend, my car was sorted and then it just took a big turn, I just decided to relax and make the right decision.

“I had offers from a couple of other (League of Ireland) managers, but it was a no brainer really, the Dundalk move.

“Before I went over to Bolton I spoke to Stephen Kenny so there was an offer there. I decided to give Bolton a shot and see what happened because in 20 years’ time if I didn’t give it a try, it could have been a case of ‘what if’.

“I went over, but the environment and everything that was going on behind the scenes, it just wasn’t for me. I have no regrets now. I’m not writing Bolton off, it just wasn’t the right place for me.

“And the whole aura about Dundalk, it’s hard to turn it down, the full-time football.”

With uncertainty boiling to its highest point, interest presented itself from a variety of sources. There was Bohs, Dundalk and others in Ireland pulling in the opposite direction of Bolton and League One clubs. Physically, he questioned if he was ready for the rigours of the English lower leagues, any move had to feel right and none of them fitted  as comfortably as Bohs and Dundalk. Ultimately, the professional lifestyle won out in the coin-flip involving the latter.

A Ringsend lad, he grew up within a proximity of both the Aviva Stadium and his friend turned team-mate Seán Gannon, whom he has lent on for advice in recent times. Now Gannon’s support will be of a different kind, an outlet over his shoulder if Kelly sees fit.

His aim is to deliver trophies to Oriel Park, reach the Aviva and progress in Europe, while he already has an understanding of what a rivalry with Cork City entails. As if their FAI Cup semi-final drama, just a matter of weeks after scoring twice  against them in the league, wasn’t enough, some Cork supporters saw it fit to launch a few cans at Kelly and his friends as they walked to Ballsbridge for November’s ‘Cup decider.

That was the price for becoming one of the league’s posterboys almost overnight, but he’ll gladly accept the fame if his career continues on its upward trajectory. Perth has encouraged him to remain the same, expressive player, the performer who has learned so much from Dave Mackey and Trevor Croly this year.

It’s hard to envisage 2019 being as eventful for the Dubliner, though one thing was missing: silverware, something which the Oriel Boardroom isn’t short of.

Inspiration? Absolutely. Pressure? Hardly, Kelly doesn’t strike as someone who gets flustered.

Funny that, neither does Michael Duffy…