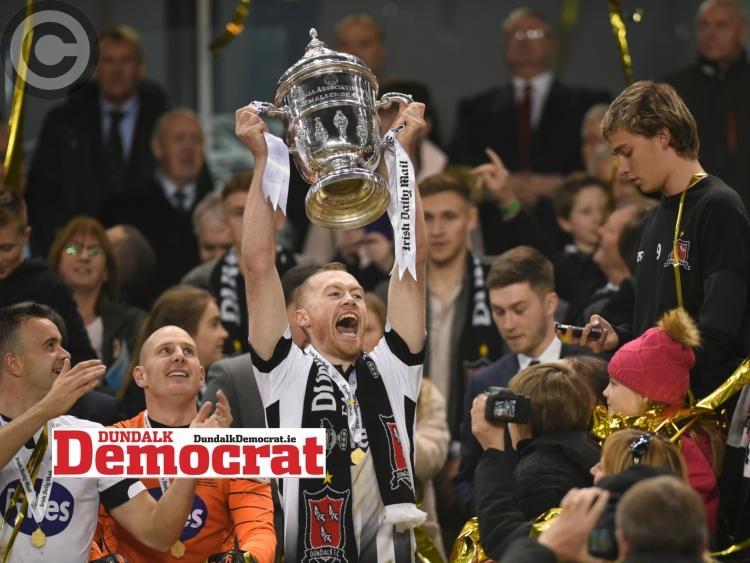 Dundalk FC midfielder Chris Shields has donated his jersey from the famous 1-1 draw with AZ Alkmaar, in the 2016/17 UEFA Europa League group stages, to an auction on behalf of the Zoe Murphy Appeal.

Fundraising efforts have been tremendous thus far as the Murphy family aim to raise the sum needed to allow the two-year-old, who has Spastic Quadriplegic Cerebral Palsy, to undergo life-changing surgery in the US.

Former Dundalk defender Alan Keane auctioned his jersey and league winners' medal from 2016 earlier this year to raise funds, while several events, including a table quiz, have been organised with the same aim.

The family have also put together special posters featuring a selection of kits from Dundalk FC over the last 100 years, selling individually at €10.

For any Lilywhites aficionado, Shields' jersey is a collector's item of quite some significance given that Dundalk became the first Irish team to accumulate a European group stage point that night in the Netherlands.