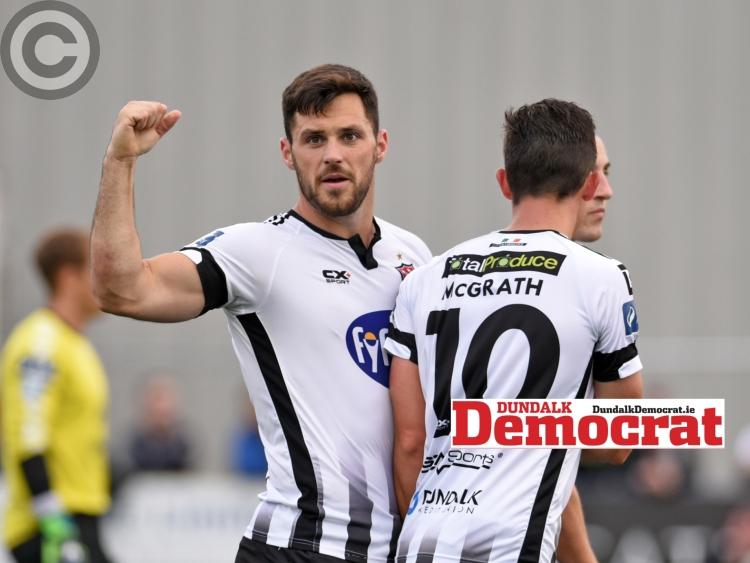 Dundalk FC's Patrick Hoban is in the running for the Personality of the Year award. (Pic: Ciarán Culligan)

Four Dundalk FC double winners have been nominated for the SSE Airtricity/SWAI Personality of the Year award.

PFAI Player of the Year, Michael Duffy has been put forward alongside striker Patrick Hoban and Chris Shields, who starred in midfield last season.

The others in the running are Bohemians manager Keith Long and Collie O'Neill, UCD boss.

Gary Rogers is in the running for the 'Keeper of the Year' gong, and faces competition from last year's winner Mark McNulty (Cork City) and Shane Supple (Bohemians).

Dundalk's Darren Crawley is shortlisted for the Press Officer of the Year, up against Shelbourne's Frank Young and Declan Kerr of Finn Harps. The winner of that will be made known tomorrow night.

Bohemians, Waterford and Dundalk are in contention for the Carl O’Malley Club Website of the Year prize.

The ceremony takes place at the Conrad Hotel, Dublin, on Saturday night, January 5.