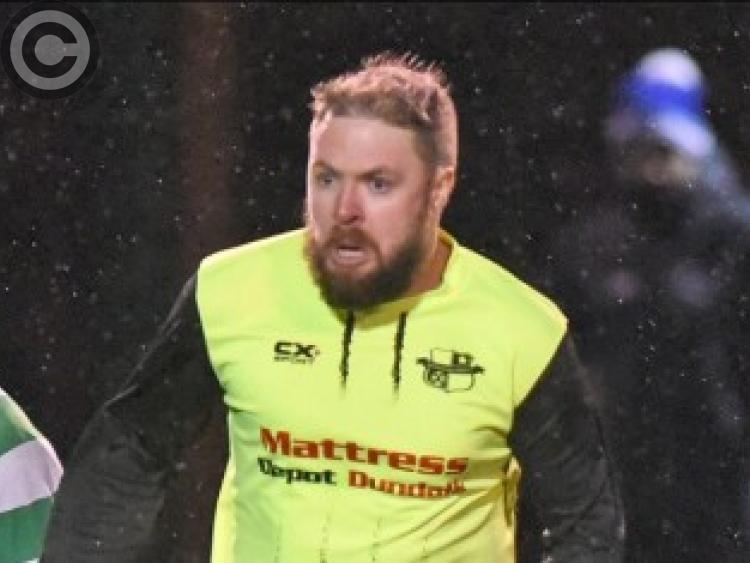 The week ahead has the potential to be the “best” of the Muirhevna Mor players’ lives, but it could also be the “worst”, according to manager Paudi Hearty.

Having progressed to the sixth round of the FAI Junior Cup on Sunday, the ‘Mor have the chance to claim a maiden NEFL Premier Division and Tully Cup double ahead of two matches against Trim Celtic.

Victory away to the Meath men tomorrow night would return a second top-flight title out of three for the Dundalk side prior to Sunday’s Tully decider against the same opposition in the MDL Grounds.

“It’s going to be a huge week for the club and I’ve been drilling that into the players, that we could be on to something really special,” Hearty told The Democrat.

“It could be the best week of our lives or the worst week. We need to make sure that it’s the best.”

Holders of the competition, the Blues were first-time winners of the Tully crown in June when seeing off Bellurgan United, 1-0, at Oriel Park.

It was a sweet victory, especially having relinquished their league title to Newfoundwell, despite a stirring finish to the campaign.

Hearty’s appointment as manager was swift. He was previously installed in a joint-capacity with Colin Hoey before the latter’s work commitments saw Hearty take the reins with Seán Maguire as assistant.

Now at the business end of the season, it’s a new experience for him and one he has to get a handle on. It’s a season-defining week.

“This week is a tricky one for us,” he says. “Will Trim be bothered with Wednesday night’s game and go all in for Sunday?

“I’d be very surprised if they’re full strength on Wednesday night because it’s a dead-rubber for them.”

He added: “I found myself in the deep end, but I knew the players and I said to them that I’d won and lost with them over the last couple of years; ‘I know you’.

“I wouldn’t have gone in myself only for Seán was with me and with his experience, having been there this last couple of years, it all helps. It’s been brilliant. You need a lot of help in the first year and I was lucky to get Mark Griffin to do sessions too.

“Tully final week, when they bring out the betting coupon and people see their names on it, it generates an atmosphere around the club.

“I played in one a few years ago against Woodview for Quay Celtic and it was a great week up to it. Unfortunately, we lost, but I’ll never forget the week and I didn’t think I’d be playing in another one. Last year’s one was fantastic, to get the result.”

It’s an outcome they’re after this weekend, hopefully having already returned the league crown to Dundalk.

There is fierce competition for places, as well as the fact that some of their outfielders missed playing in last season’s decider through injury.

For Muirhevna Mor, with history beckoning, incentives are plentiful.