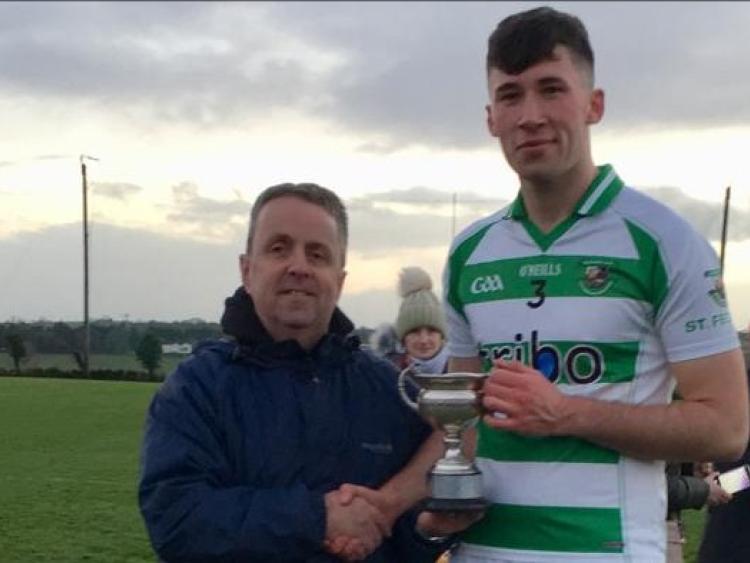 Two late scores proved crucial as St. Fechin’s got the better of holders Naomh Moninne to capture the Louth MHC in an exciting final played in Stabannon on Saturday afternoon.

Ryan Walsh top-scored for the winners and his first half goal, along with five points, sent Fechin’s into the lead, 1-6 to six points at half-time, despite the best efforts of Darren Geoghegan for the Black and Amber.

Geoghegan fired Moninne ahead early in the second period, striking a sideline cut past Josh Murtagh having opened the half with a point.

Fechin’s struck for their second goal on 39 minutes through Eoghan Ryan, but Moninne continued to compete and were level, 2-9 to 1-12, with under two minutes to play.

Walsh put Fechin’s in front from a free, before Ryan grabbed his second major to seal victory.