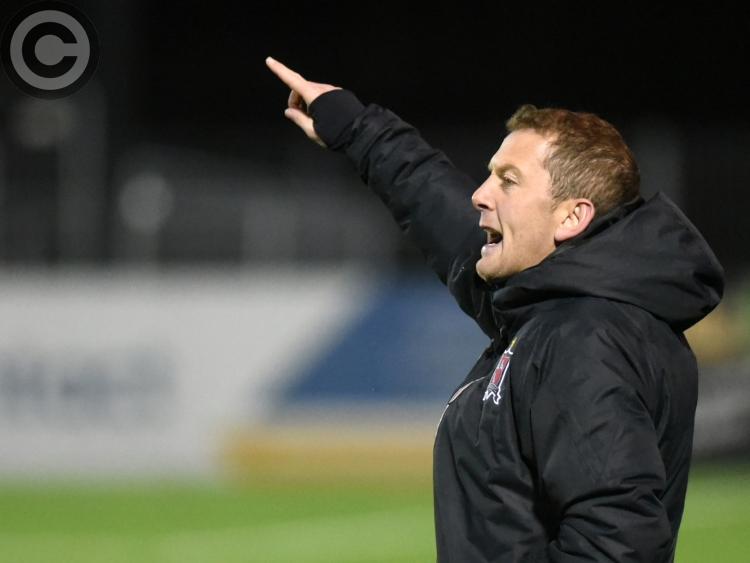 Vinny Perth is to succeed Stephen Kenny as Dundalk FC boss with an announcement anticipated in due course.

Although Perth won’t be named as manager, it’s believed that the club are seeking to appoint a Director of Football with the mandatory UEFA Pro Licence which could see the 42-year-old to assume the head coach’s position.

Dundalk are in talks with the FAI over a deal which would allow an arrangement to be finalised and are using the compensation they’re owed from Kenny’s departure - believed to be €20,000 - as leverage to get a dispensation for Perth. Any Premier Division manager/ head coach must now have a Pro Licence.

Regarding a potential Director of Football, Mick Neville’s name continues to be mentioned in relation to such a role, with the former Shamrock Rovers and Shelbourne title-winner holding the necessary qualification.

Joining Dundalk in such a capacity would mean his departure from the coaching job he has long held with the FAI.
Former Ireland manager Steve Staunton is another to have been strongly linked to the position.

Odds on his involvement dropped considerably over the weekend, while John Gill, the man who led the Lilywhites to the 2008 First Division title, has also been speculated upon.

Gill and Perth are familiar having worked together in the past and the 54-year-old’s return would be widely received by supporters given the nature of his dismissal a decade ago.

STAFF
If a deal can be agreed to allow Perth become head coach, Rúaidhrí Higgins is poised for promotion to the assistant manager’s office currently held by the Dubliner.

Former No. 2 Gerry Spain’s name has also entered the fray in this context.

On the playing side, Robbie Benson is set to sign a new two-year contract with Dundalk. The Athlone man has penned 12-month deals for each of the past three seasons, but the club are intent on retaining their best players on lengthier terms.

Captain Stephen O’Donnell is currently on honeymoon, though he is also expected to be offered a renewed playing contract.

Having worked under Kenny for six years, Perth’s appointment would be warmly embraced by the Dundalk squad.